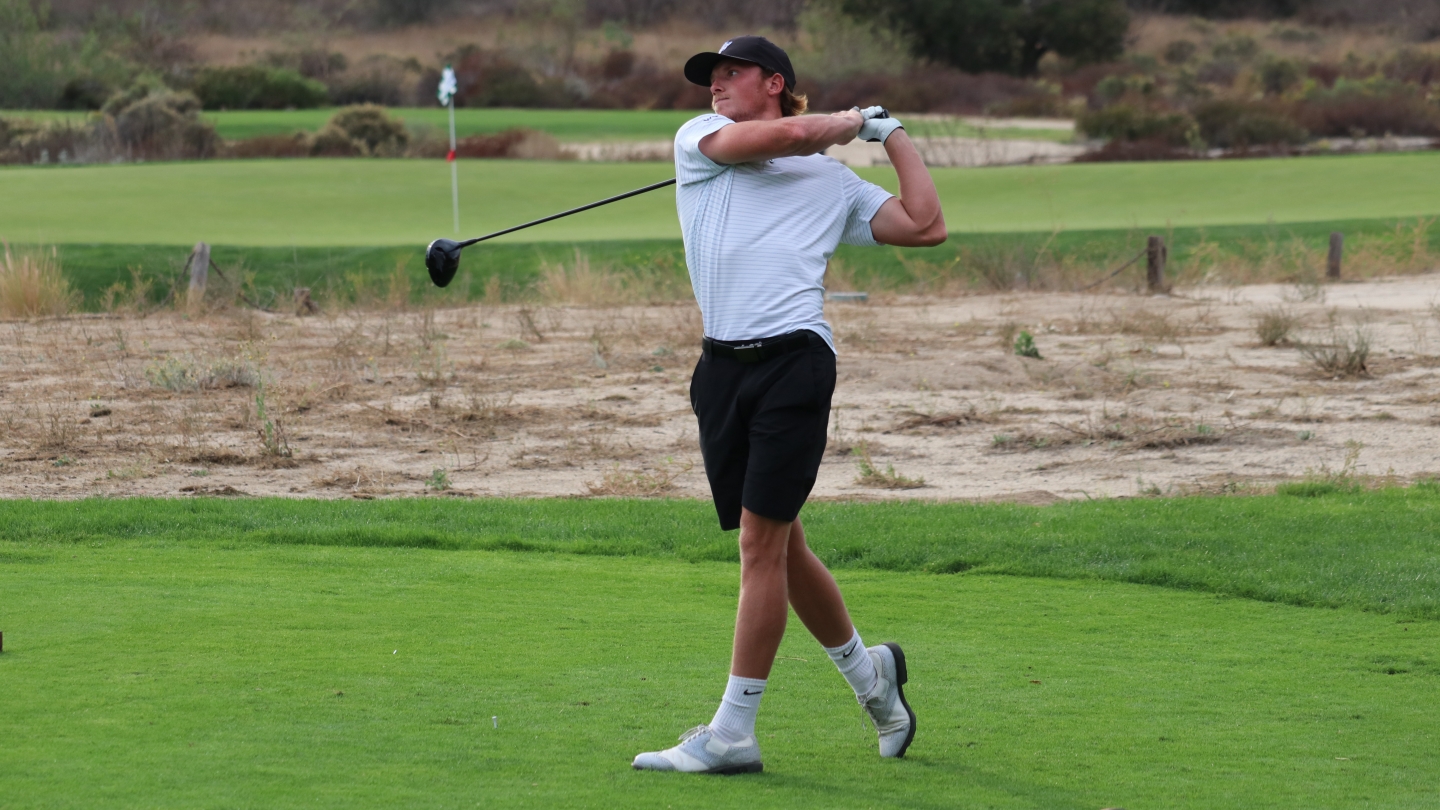 SANTA CRUZ, Calif. – Carson Lundell finished in a three-way individual tie at the conclusion of the final round at the Western Intercollegiate, but came up just short on the fourth playoff hole finishing runner-up to Joe Highsmith of Pepperdine.

“Lundell played some awesome golf this week,” said head coach Bruce Brockbank. “This is such a tricky course and he played incredible even though he came up just a little short in the playoff.”

While Lundell held the 36-hole lead heading into the final round, he got off to a rough start with three bogies over the first four holes. The junior from Alpine, Utah recovered over the final 13 holes making three birdies to force a three-way playoff with Highsmith and Puwit Anupansuebsai from San Diego State.

The trio played the first two holes of the playoff at even before an errant tee shoot on the third hole knocked Anupansuebsai out of contention. When Lundell’s 7-foot par putt on the fourth playoff hole slid just by the hole Highsmith tapped in for the win.

Lundell finished the tournament with a three-round total of 5-under 68-66-72—205 and tied for second with Anupansuebsai. He leaves Pasatiempo Golf Course with his third top-3 finish of the season and fourth of his career.

Cole Ponich and David Timmins each recorded 220 for the tournament while Keanu Akina and Max Brenchley finished with 221 and 225, respectively.

As the team the Cougars posted a 54-hole total of 1077, giving BYU its third top-5 finish of the season. No. 7 ranked Pepperdine won the tournament at 1046, while Stanford was second at 1057. No. 23 San Diego State finished third at 1070, with Washington in fourth at 1074 and BYU fifth at 1077. Each of the four teams finishing ahead of the Cougars are ranked in the top-50 nationally.

“I thought the guys did a pretty good job this week,” said Brockbank. “The second round showed what we’re capable of and gave us some momentum moving forward.”

BYU returns to Provo where it will host the PING Cougar Classic at Riverside Country Club on April 23-24.