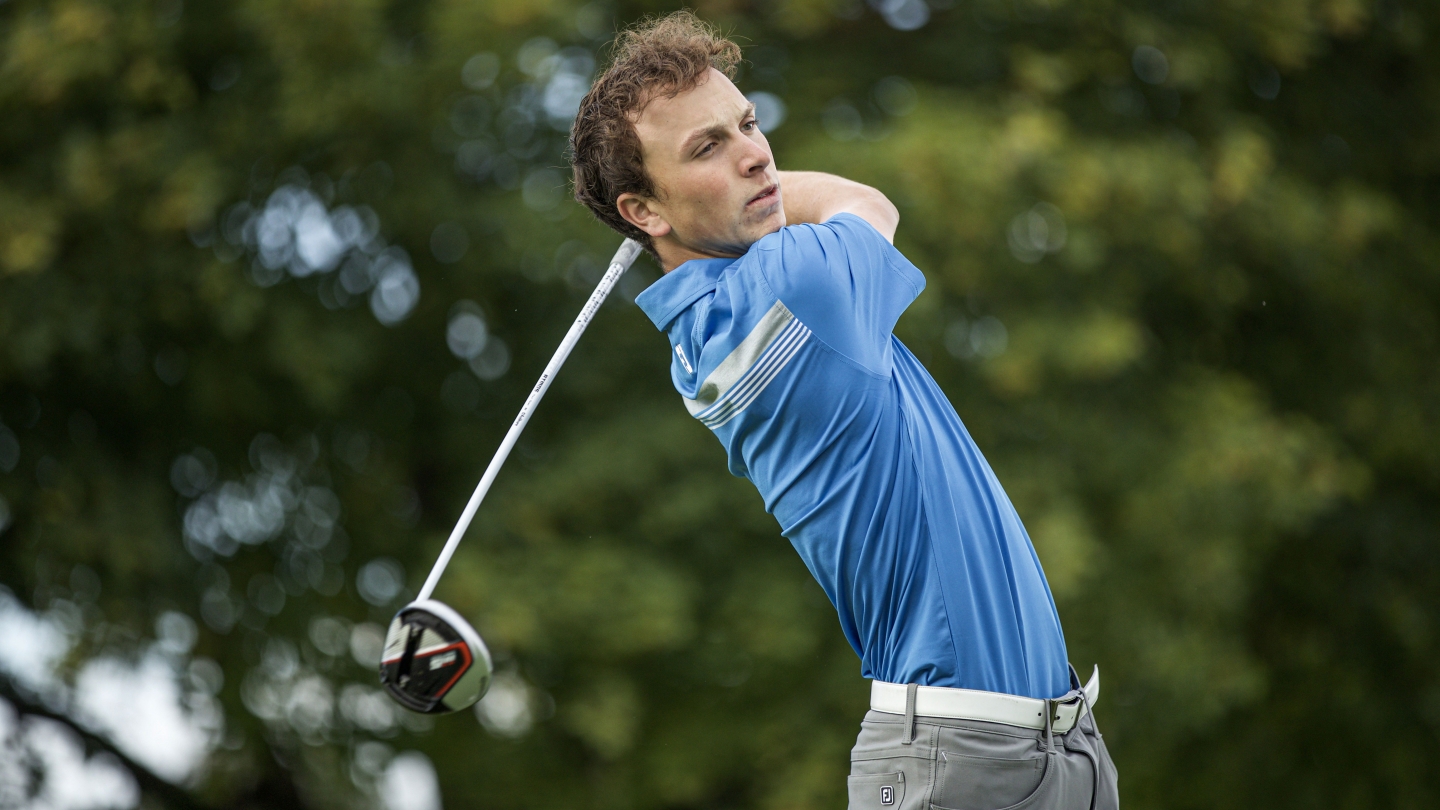 TUCSON, Arizona – BYU men’s golf battled the elements in the final round of the Arizona Intercollegiate in route to a team score of 294 and a 13th place finish.

“It was another windy day and unfortunately we were very average in the wind,” head coach Bruce Brockbank said. “As a team we hit too many loose shots today, but I thought Cole [Ponich] and David [Timmins] played some real solid golf.”

The Cougars were led in the third round by the sophomore tandem of Ponich and Timmins, who shot 72 and 73 respectively.

BYU’s day-three scoring was rounded out by senior Kelton Hirsch (74), junior Carson Lundell (75), and freshman Keanu Akina (81). Hirsch and Lundell finished the highest in the individual tournament standings, tying for 34th with a three-day total of 222.

Host Arizona claimed the tournament championship—its fourth consecutive Arizona Intercollegiate title—with 2-under-par total of 850. The Wildcats were led by individual champion Brad Reeves who finished with a three-day score of 209 at 4-under-par.

BYU returns home from its first spring event of the year with a week to prepare for its next appearance at the Nick Watney Invitational hosted by Sunnyside Country Club in Fresno, California, on Feb. 8-9.