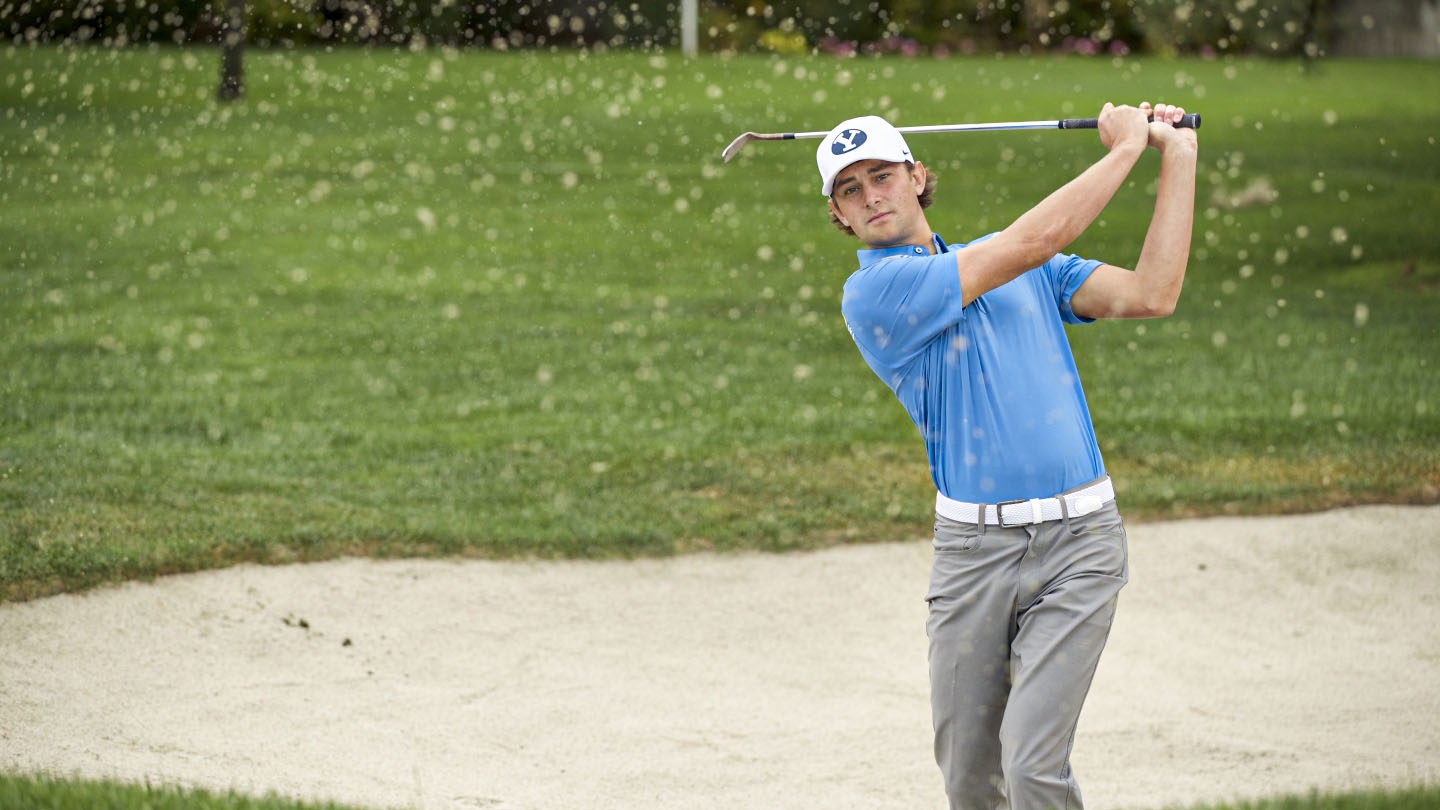 “We just didn’t get the start we needed to win after struggling through the first four holes this morning,” BYU head coach Bruce Brockbank said. “However, the guys hung in there throughout the day and made some birdies to finish third.”

Peter Kuest finished as the Cougars’ top individual performer, carding a team-best 69 (-3) on the day to tie for third place with a total score of 210 (-6). Kuest posted a tournament-high 15 birdies at the three-day event.

Carson Lundell wrapped up the scoring for BYU, tying for 57th after carding a three-over 75 Saturday and a total of 221 (+5). Brock Stanger, competing as an individual, shot a third-round 79 (+7) to tie for 93rd.

As a team, the Cougars posted the second-best par-4 scoring average at the tournament with a 4.05. BYU also fired 56 birdies at the three-day event, preceded only by New Mexico (57) and Illinois (59).

Texas A&M won the Burns Intercollegiate with a total score of 845 (-19), while New Mexico took second with an 850 (-14). WCC foes Saint Mary’s and Santa Clara finished tied for seventh and in 14th places, respectively, while in-state rival Utah placed 18th.

Up next, the Cougars return to Southern California to compete in the Lamkin Classic in Chula Vista, California, March 9-10. Live stats and the leaderboard will be available on Golfstat.com.