Kuest named WCC Golfer of the Month for September 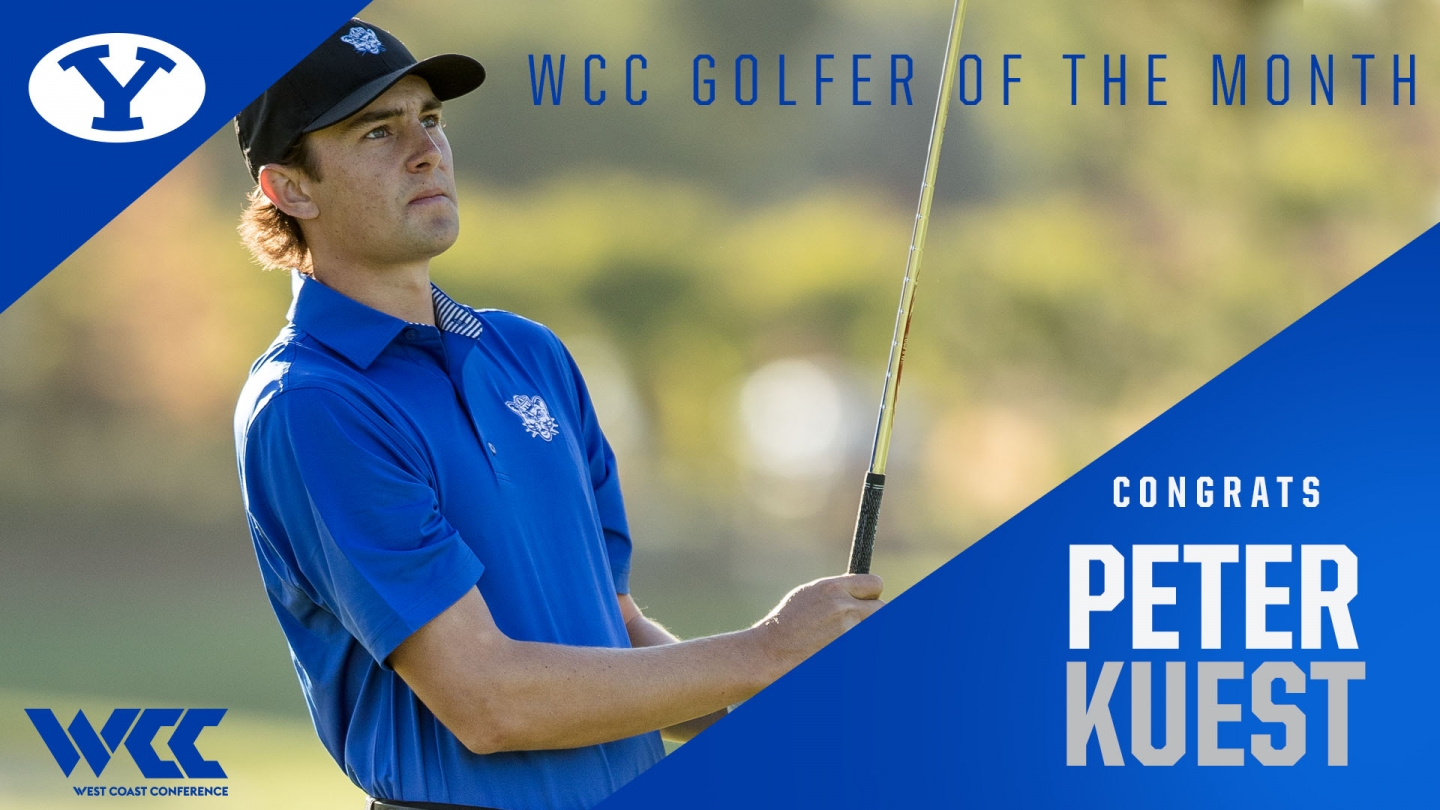 Kuest won the William H. Tucker Invitational Sept. 26-27 by nine strokes after firing a combined 200 (-16), the lowest score ever in the tournament's 65-year history. He shot a tournament-low 63 (-9) in the first round and carded a total of 18 birdies and two eagles at the event.

Kuest then went on to tie for first place at the Nick Watney Invitational Sept. 30-Oct. 1 in his hometown of Fresno, California. The senior carded another total score of 200 (-13), leading the team to a first-place finish as well. The individual title was Kuest's ninth of his BYU career.

For the month, Kuest posted a 66.67 scoring average and fired five rounds at 68 or better.

This is Kuest’s fourth golfer of the month award of his career. He was also named the 2018-19 WCC Player of the Year and selected to this season’s All-WCC Preseason Team.

Below is Kuest’s round-by-round scoring from the two September tournaments.