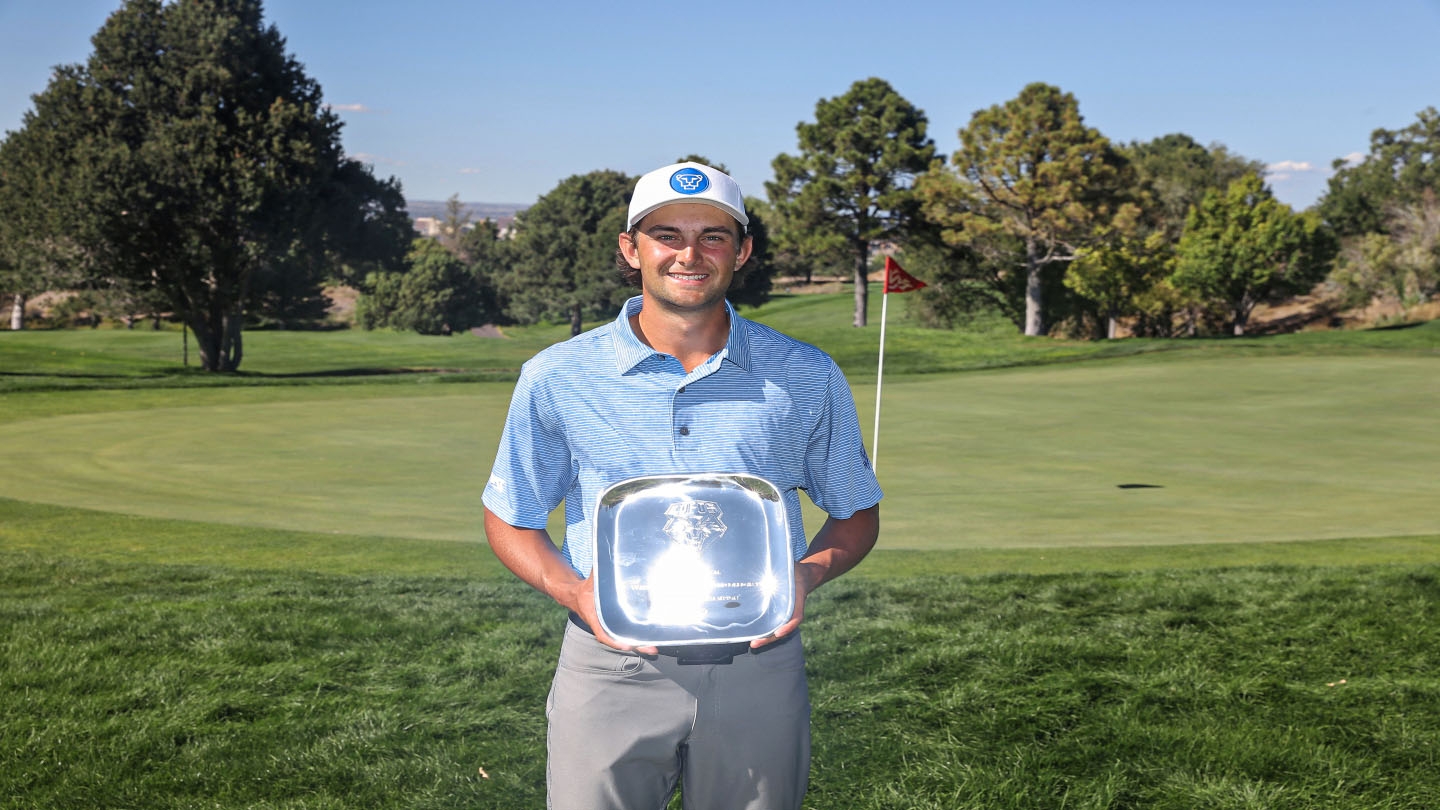 “It was a great way to start off the season," BYU head coach Bruce Brockbank said. “Peter had a phenomenal tournament. Overall one of the most exciting performances I've seen."

Kuest fired a combined 200 (-16) through three rounds of play to win the tournament by nine strokes. His overall score was the lowest ever in the tournament’s 65-year history, breaking the previous record of 201 set in 1992 by Tim Herron. With the win Kuest now has eight tournament victories throughout his BYU career.

The Cougars were forced into the playoff with New Mexico after both teams finished the first three rounds with a total score of 854 (-10). Both teams sent all five of their respective golfers to the 18th hole, where the top four scores from each team were to count. New Mexico carded a four-under on the hole to BYU’s three-under, securing the win.

“Unfortunately, we weren’t able to win after going into the playoff,” Brockbank said. “We had some tough shots in the third round that otherwise would’ve got us the win before the playoff. But, overall the guys played tough."

Rhett Rasmussen recorded a top-10 finish for the 11th time in his career, finishing in eighth place after shooting a 213 (-3) overall. Kelton Hirsch came next for the Cougars, tying for 30th place with a 73 (+1) in the final round.

Cole Ponich finished tied for 36th after carding three consecutive 74’s (+2) in his BYU debut, while Carson Lundell rounded out the scoring for the Cougars with a combined 223 (+7) to finish tied for 40th. Brock Stanger finished with a total score of 226 (+10) competing as an individual.

BYU has a quick turnaround following its second-place finish in New Mexico, traveling to Fresno, California on Monday to participate in the Nick Watney Invitational Sept. 30-Oct. 1. Live stats and the leaderboard will be available at GolfStat.com.

*Won after a one-hole playoff