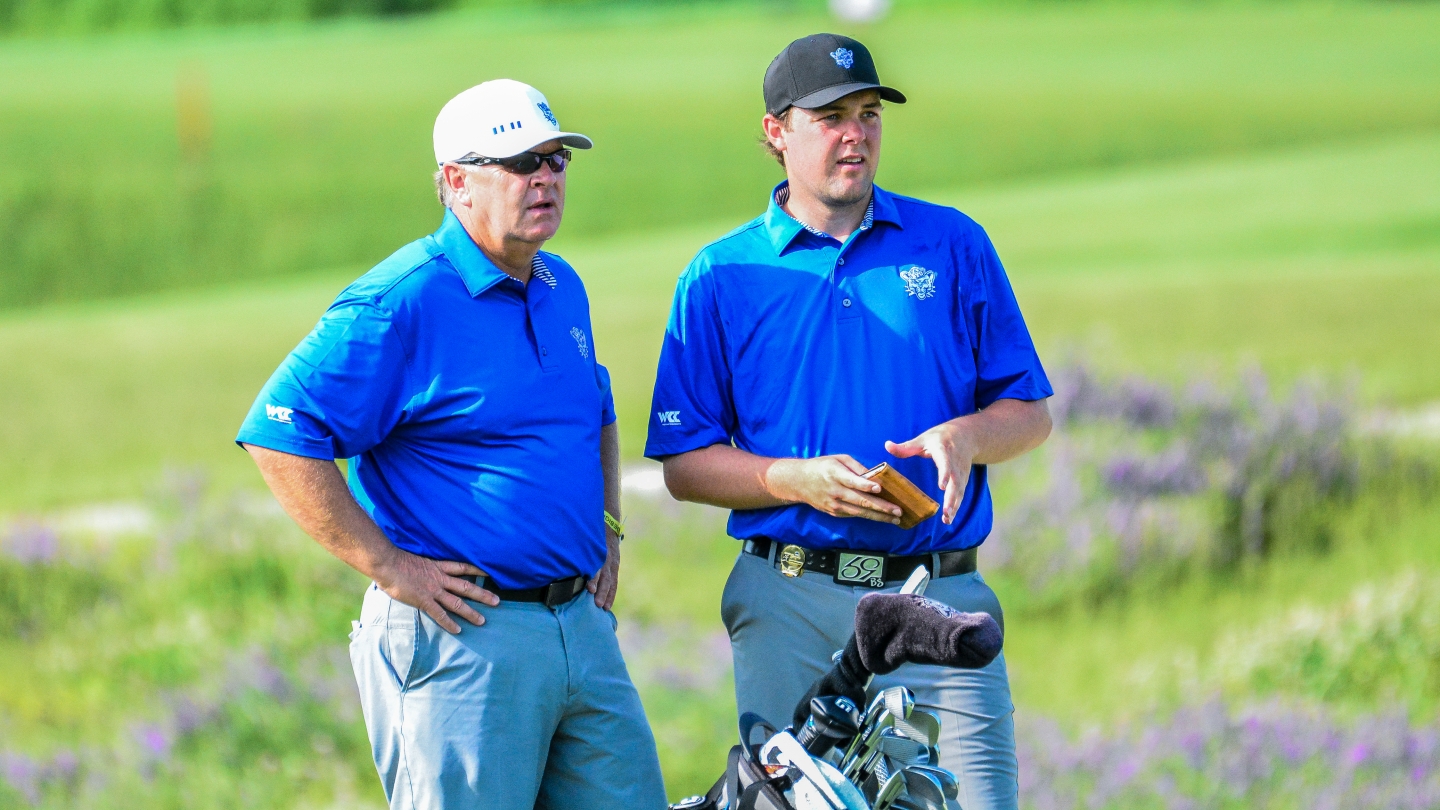 FAYETTEVILLE, Ark. — BYU men’s golf finished in 30th place at the NCAA Championship at Blessings Golf Course to wrap up a successful season that included two tournament victories and seven other top-five finishes.

“This course was as challenging a course as we have ever played,” BYU head coach Bruce Brockbank said. “The first round took a lot of wind out of our sails and we weren’t able to recover. We have to do a better job of preparing to play our Sunday round before the field.”

Due to BYU’s policy of not playing on Sunday, the team played its third round on Thursday and awaited the results of the rest of the field following Sunday’s competition. The Cougars posted a three-round final score of 938 (+74), 46 strokes outside of the score needed to finish in the top eight spots and qualify for the next round. First place Oklahoma State finished with a three-day total of 852 (-12), 25 strokes ahead of Texas and Stanford, who tied for second at 877 (+13).

The Cougars finished 24th at nationals last year as team and qualified again this year to mark the first back-to-back appearances since 2010. The team was ranked as high as No. 8 in the nation this season and, with no seniors on the roster, should return all major players for next season.