Kuest wins John A. Burns Invitational with 10-under 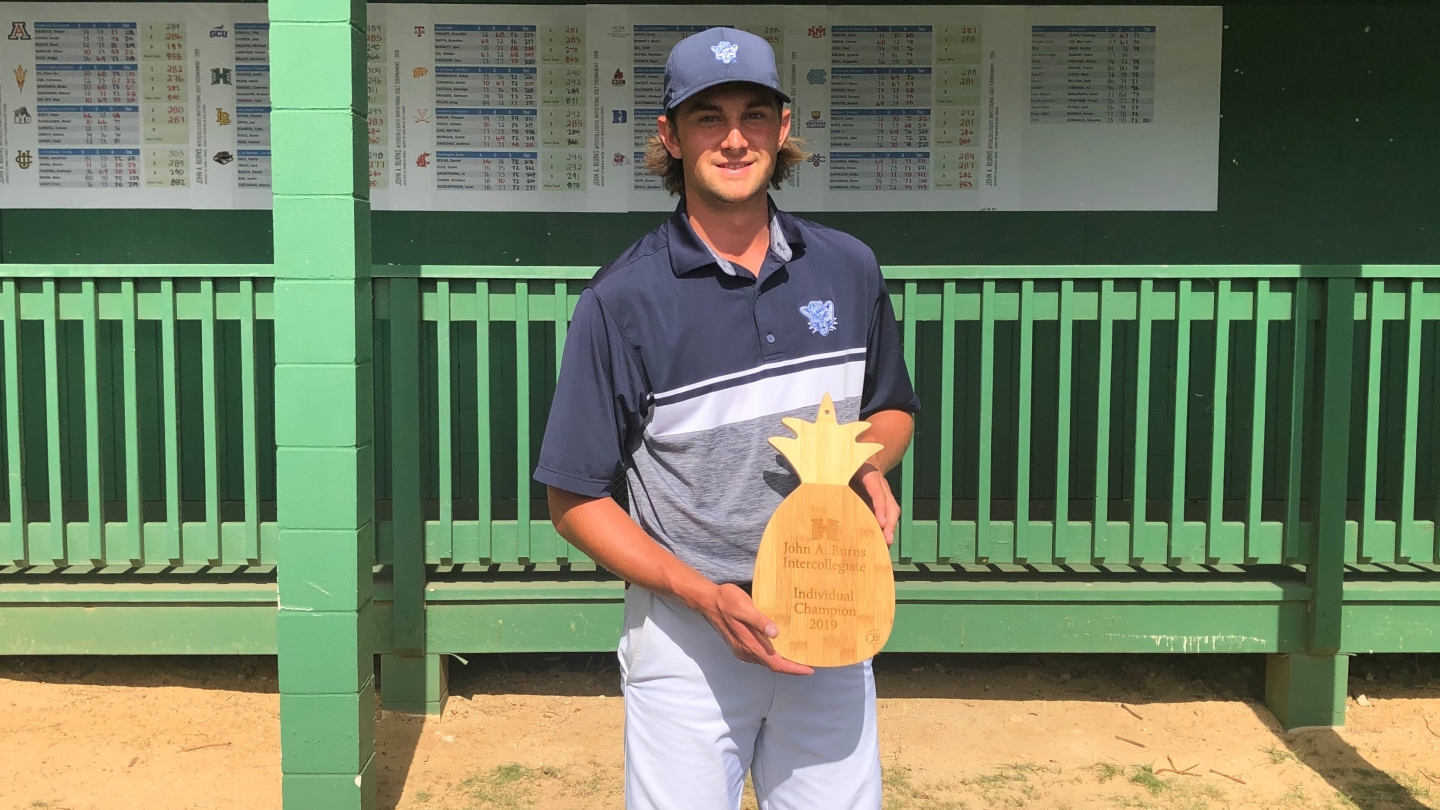 LIHUE, Hawai'i – Peter Kuest finished 10-under at the John A. Burns Invitational to win the individual title Saturday at Wailua Golf Club.

"Another great win for Peter (Kuest)," BYU head coach Bruce Brockbank said. "When he's in contention, he finds a way to win. As a team, we weren't able to get on track today. We have a way to go if we are going to be successful as a team."

Kuest's performance marks four individual titles this season. He finished six-under (66) in the first round, even-par (72) in the second and four-under (68) in the final round. A birdie on his final hole gave him a one-stroke edge over Texas A&M's Walker Lee.

Rhett Rasmussen's six-over on the day dropped him to two-under for the tournament, tying for No. 22 overall. Carson Lundell posted a two-over on Saturday to get to seven-over in total. Chad Hardy shot an overall 10-over and Kelton Hirsch posted a 13-over to round out the scoring for the Cougars, who finished tied for ninth place with a team score of four-under.

The best round for BYU came on day one, when they posted an eight-under 280 to take sole possession of first place.

Playing as an individual, BYU's Austin Banz shot a 13-over for the tournament.

BYU next plays on March 11 in the Olympic Club Intercollegiate in San Francisco.