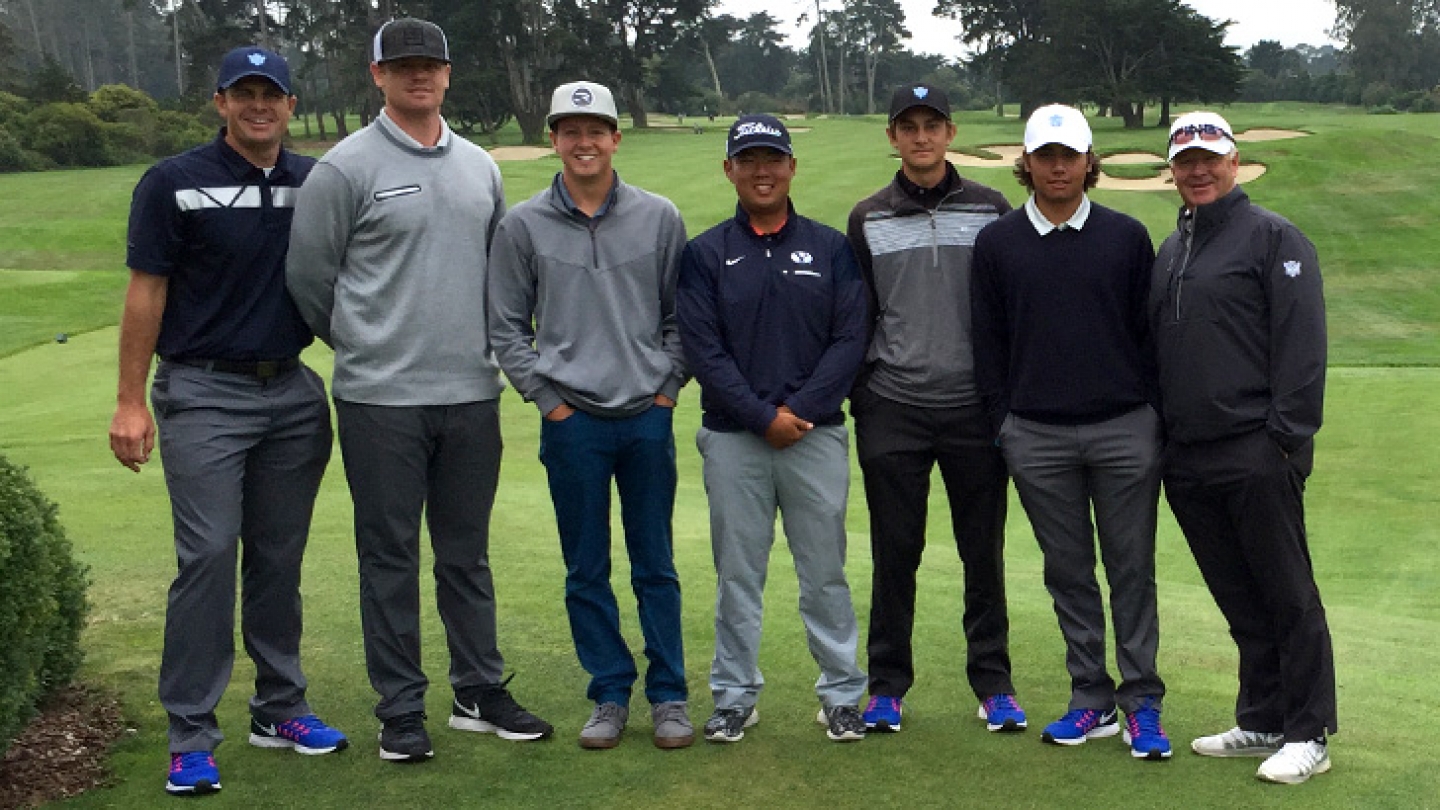 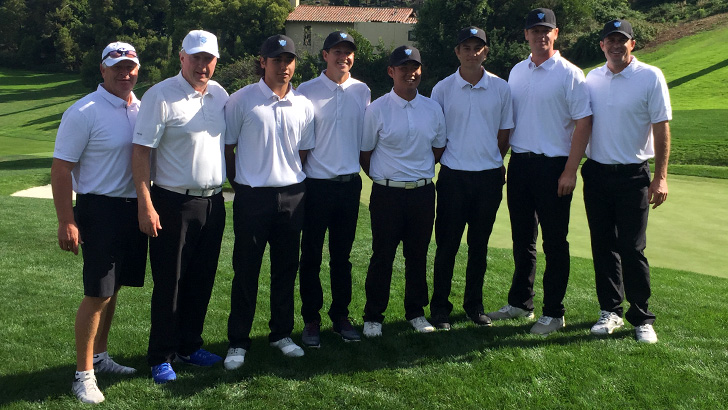 SAN FRANCISCO, Calif. – Freshman Rhett Rasmussen led BYU to a victory in the USF Olympic Intercollegiate Championship, Tuesday at The Olympic Club. The Cougars finished the 54-hole tournament with a 7-over-par, three-round total of 286-282-291—859.
“This was a great team effort,” BYU head coach Bruce Brockbank said. “All five of our players finished in the top 20. They had a lot of confidence. This is a neat, young team. We led the whole tournament. This was an exciting day for us.”
Individually, Rasmussen finished the tournament in third place with a 1-under-par, three-round total of 212. Patrick Fishburn finished with a 1-over-par 214 for a fifth place tie, while Spencer Dunaway ended the 54-hole tournament with a 5-over-par 218 and tied for 15th place. CJ Lee and Peter Kuest tied for 19th at 220.
“Spencer and Patrick had good days, and it was great to see Rhett be our top competitor,” coach Brockbank said. “We knew he was special. He found ways to make putts when we needed him to. This was a fun course to play on and it was a great way to start the fall season on a win like that.”
West Coast Conference opponents St. Mary’s and Loyola Marymount finished in second and fourth place with overall scores of 867 (+15) and 874 (+22), respectively.
The Cougars will continue their fall season competing in the William H. Tucker Tournament on Sept. 23-24 at UNM South Course in Albuquerque, New Mexico.