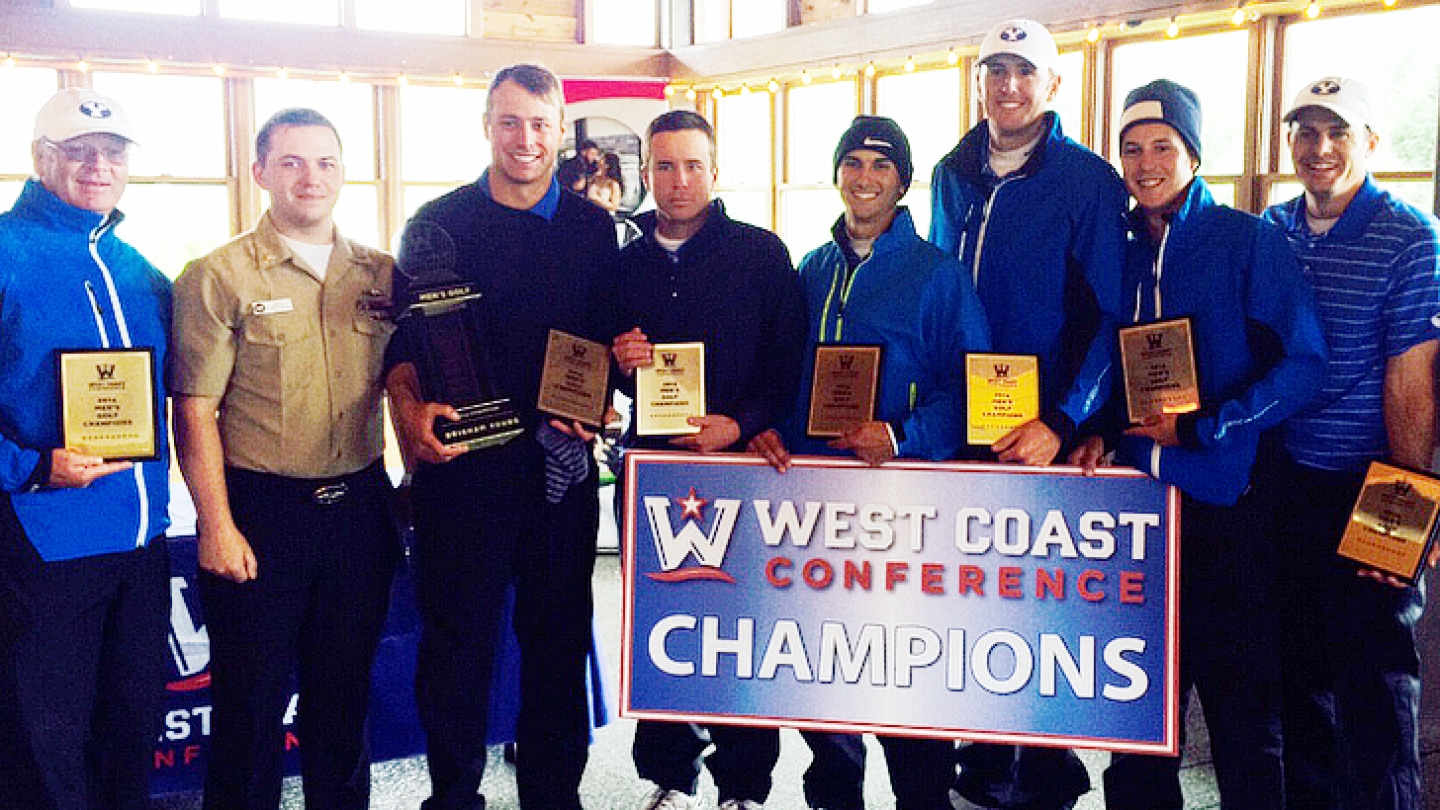 BREMERTON, Wash. - The BYU men's golf team finished first in the West Coast Conference Championship on Wednesday led by Justin Keiley and Jordan Rodgers who both tied in fifth place. It is the first conference championship for BYU since 2007 when it was in the Mountain West Conference.

"I'm really proud of the way the guys hung in there," Brockbank said. "They came out in this cold, windy, rainy day on a challenging course and had a great start. The first nine holes won it for us. It's great to have an automatic bid. We're going to play great and try and get to the championships."

Keiley and Rodgers tied in fifth at 1-over-par with three and two birdies, respectively. Rodgers had an eagle in the sixth hole in the final round and finished second in par scoring with 40.

Parkinson tied in 13th place at 4-over-par with a pair of birdies while Cole Ogden tied for 25th place at 10-over-par.

"Finishing the regular season with a win really helps," Parkinson said. "My coaches have been helping a lot and have been supportive. We'll have lots of time to practice and improve before regionals."

Jordan Hammer trailed by one stroke and tied in 28th place at 11-over-par and three birdies.

"It's great to finally get a conference win," Hammer said. "It was a battle all week, but our team has been solid all year and it's good to prove it on the biggest stage of the year. We just need to be mentally strong and recognize that we belong in regionals."

The Cougars will return to action at the NCAA Regionals May 15-17, with a pending announcement determining where the team will compete.