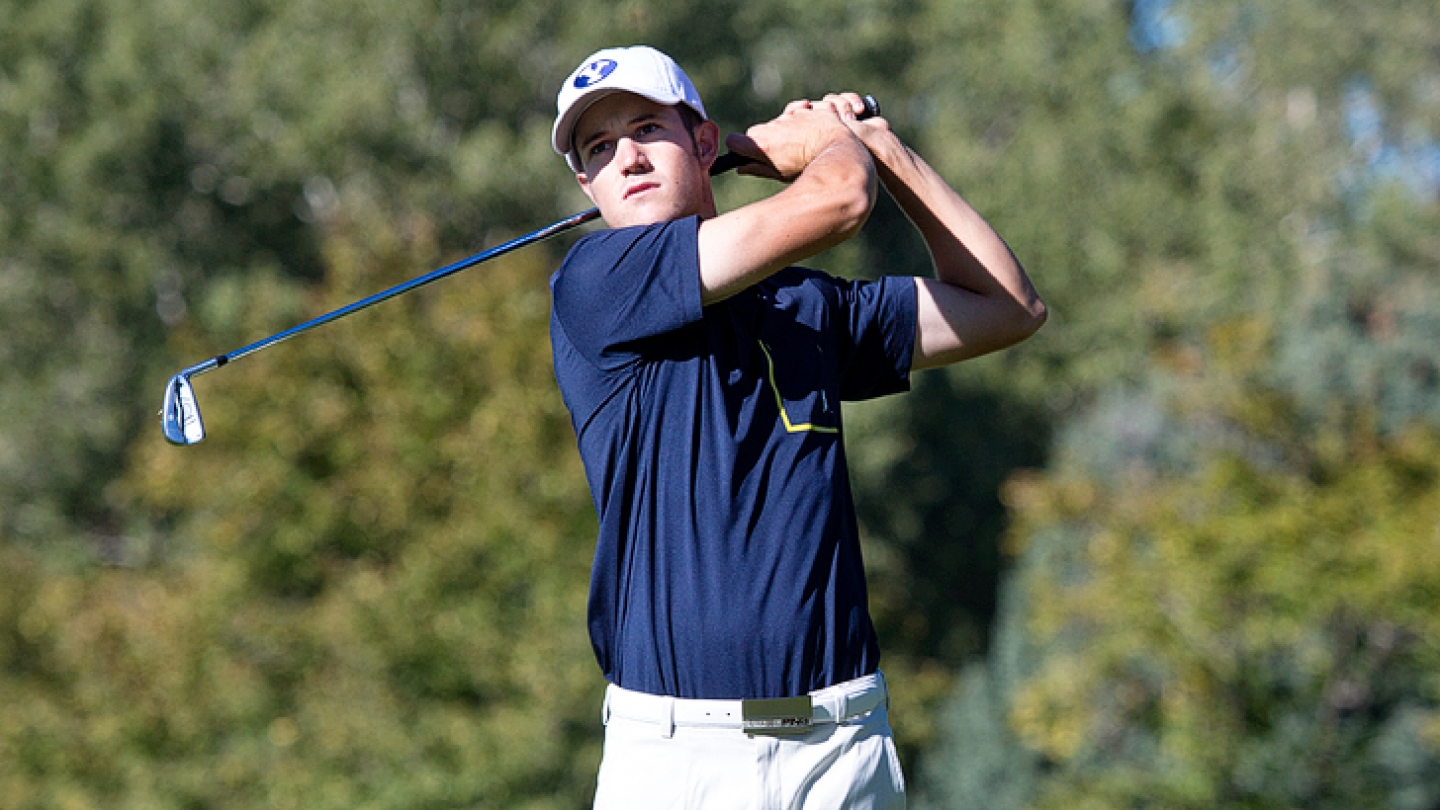 SCOTTSDALE, Ariz. - Cole Ogden tied for second to lead the BYU men's golf team to a shared second-place finish at the Cowboy Classic on Tuesday.

"It was an exciting day," BYU men's golf coach Bruce Brockbank said. "We got off to a great start and that's what we needed to be in contention. We had our chance to win, but couldn't hold it together."

BYU tied for second with Colorado at 2-under-par and trailed No. 11 Oklahoma, who finished 9-under-par, by seven strokes in the 54-hole tournament.

Ogden finished 5-under-par with three birdies and an eagle in the first five holes of the final round. He had four birdies on the day to tie second with Colorado's David Oraee and trailed Oklahoma's Michael Gellerman for first place by a single stroke.

"Cole played phenomenal," Brockbank said. "It was an incredible week for him and we had a chance to win because of him."

Joe Parkinson tied in 10th place at 2-under-par with a pair of birdies, while Jordan Hammer tied in 17th place at 2-over-par and two birdies.

Justin Keiley tied in 43rd place at 7-over-par with six birdies on the day and a team-low 66 in the final round. Jordan Rodgers tied in 72nd place at 14-over-par in the 21-team tournament.

"I think we're very prepared for the [WCC] tournament and we need to have our best stuff," Brockbank said. "We're excited about the opportunity."

The Cougars compete in the West Coast Conference tournament Monday through Wednesday at the Gold Mountain Golf Club in Bremerton, Wash. Live stats can be found on the schedule page.