Keiley wins, team finishes in 2nd after third round canceled 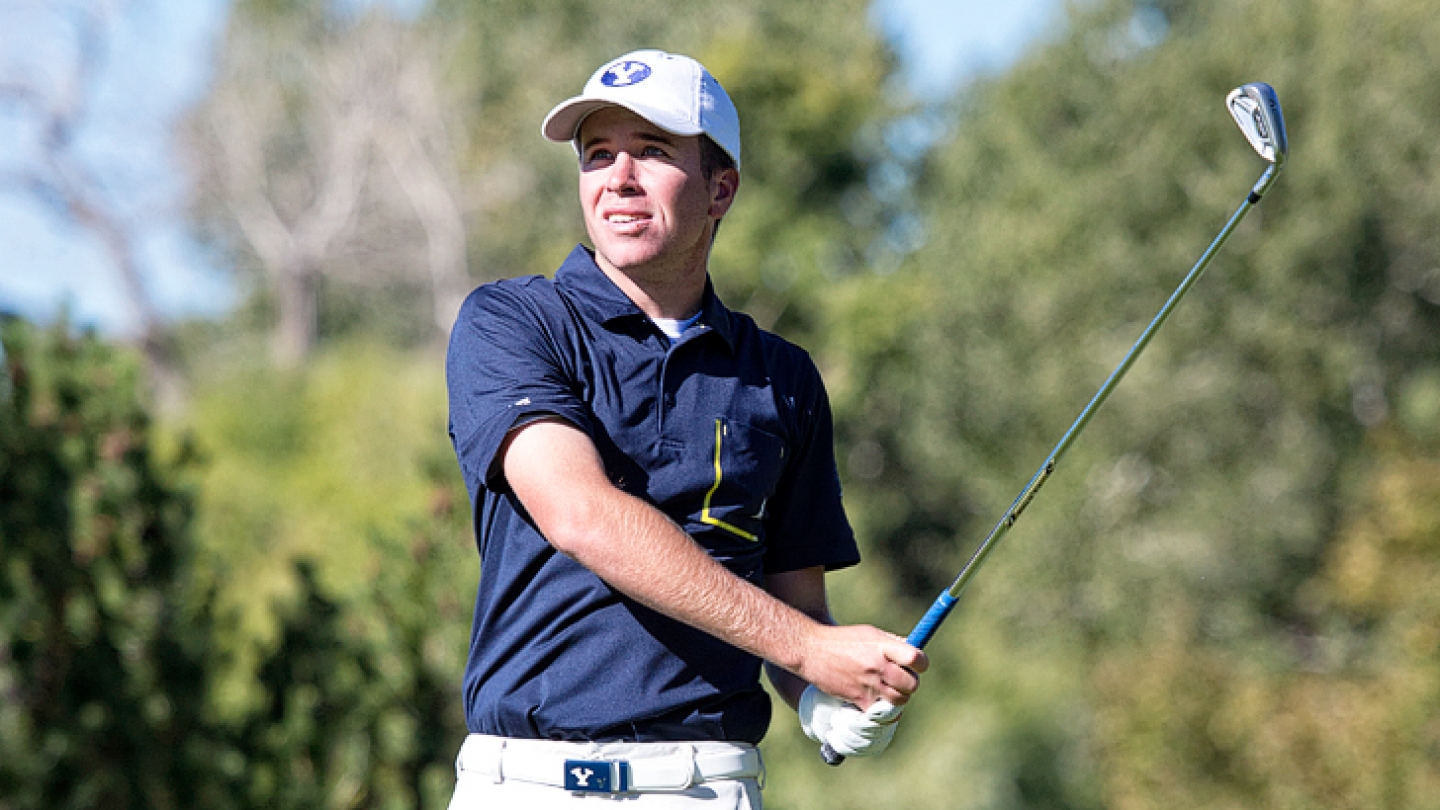 KAUA‘I, Hawai'i - Senior Justin Keiley finished in first place and led the No. 30 BYU men's golf team to second place after 36 holes of the John H. Burns Intercollegiate. The thid round was canceled due to inclement weather on Friday.

"It would've been good to play against the top teams and the guys were excited, but it was raining hard for four hours," BYU men's golf coach Bruce Brockbank said. "We're slowly building confidence and it was still a great performance from our team."

BYU finished 7-under-par for the tournament to tie No. 12 Texas A&M with both trailing No. 4 California by nine strokes.

Keiley, in his second college-career win, finished the tournament at 10-under-par to go along with 14 birdies and a season-best 66 in the second round.

"What an unbelievable performance by Justin," Brockbank said. "To come to Hawai'i, where he's from, he had a little more pressure and to do what he did was incredible. Even though it was cut short, nothing is taken away from what he did this week."

Joe Parkinson finished the tournament tied in fourth at 4-under-par with 12 birdies in two rounds, while Jordan Hammer tied in 35th at 3-over-par. Jordan Rodgers and Stephen Archibald tied in 48th at 5-over-par. Rodgers recorded two eagles in the first round on Wednesday.

The Cougars return to action for the Jones Invitational on Monday at the Saticoy Country Club in Somis, Calif. Live stats can be followed at golfstats.com.