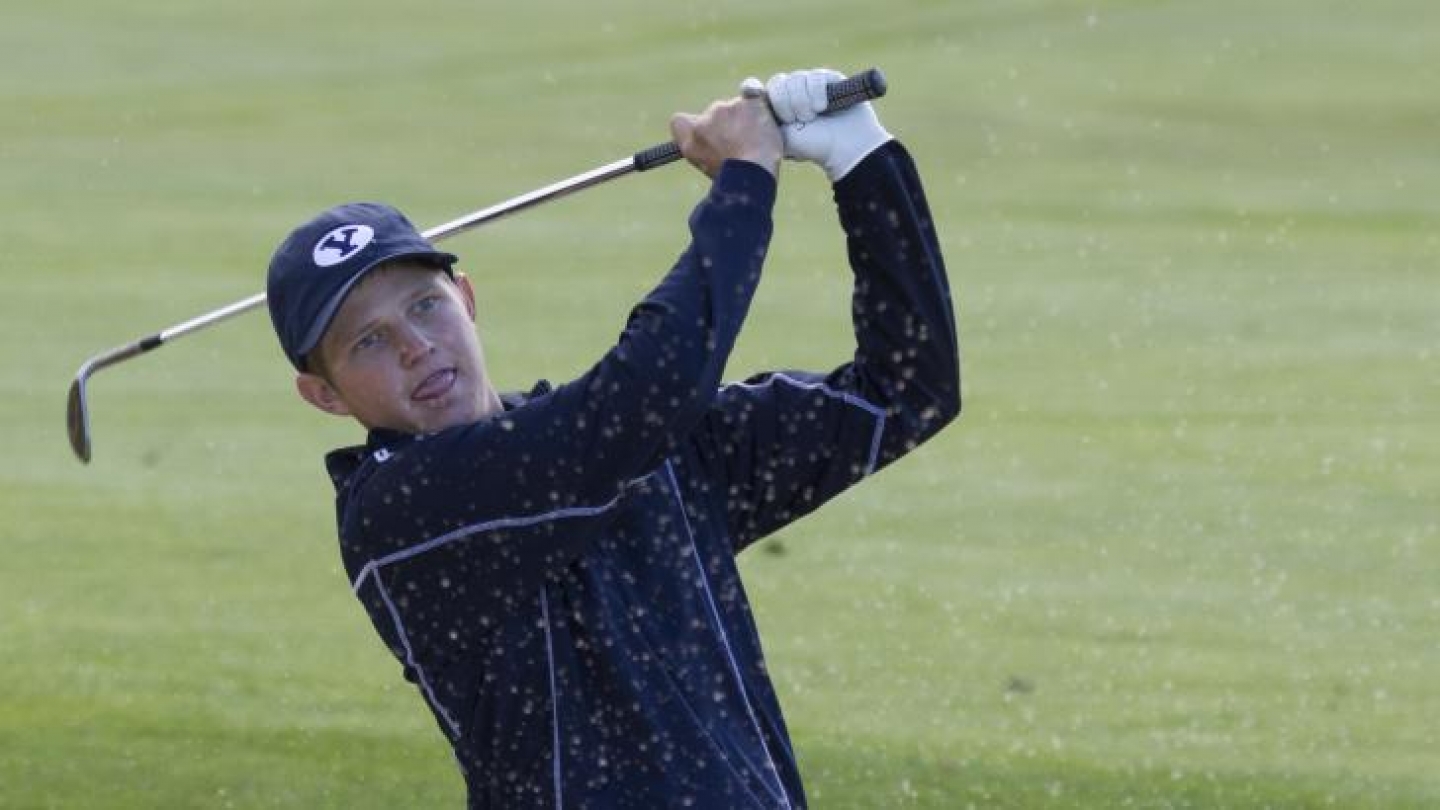 "The guys made a good run at it, even though we finished a little sloppy down the end," BYU head coach Bruce Brockbank said. "We got another taste of what it was like to try to win. We got close and fell short."

After leading the Cougars to a third place finish at last week's John Burns Intercollegiate, Blair continues to play phenemonal golf for the Cougars. In today's final round, Blair shot an even-par 71 and 54-hole-total 212 (-1). His solid performance catapulted him to a second place finish in the tournament, one stroke behind  tournament winner Yi Keun Chang (-2) of Southern California. Blair bogeyed hole 2 and birdied hole 16, with pars in between during today's final round.

"That score that Zac shot was just awesome," Brockbank said. "If he makes a couple of puts he kind of runs away with [the tournament]."

Hammer carried his strong play into the final round shooting a two-over-par 73. Hammer made three birdies and finished with a 54-hole-total 216 (+3). He finished the tournament tied for fourth place, matching a personal career best finish in the individual standings.

"Jordan Hammer just clutched it up," Brockbank said. "He was awesome again today."

Junior Justin Keiley and freshman Joe Parkinson both shot a six-over-par 77 during the third round. Keiley converted two birdies on the day, while Parkinson added one of his own. Keiley finished the tournament in 12th place at eight-over-par and Parkinson went 10-over-par through 54 holes to finish tied for 15th, a personal best.

The Cougars will look to carry their confidence to next week's Fresno State Lexus Classic. Follow the Cougars live March 4-5 on golfstat.com.