Taylor's career game propels No. 17 Cougars to win over Pilots 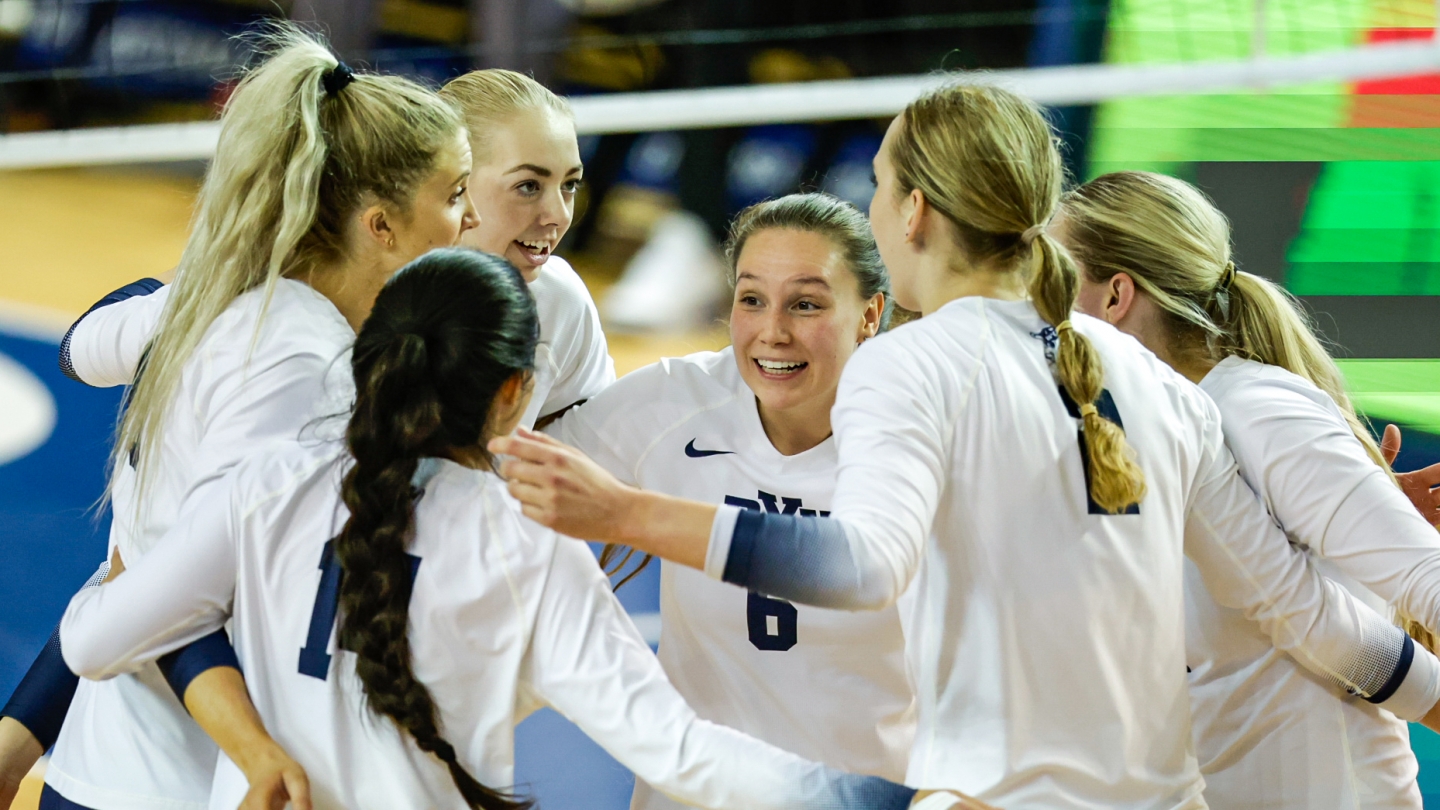 "I have really good teammates that give me a lot of confidence," Taylor said. "It's just like we practice every day. I feel really comfortable playing with them, and my coaches do a great job at giving me feedback."

Making just her second career-start for the Cougars, Taylor's ace total is tied for second most in a single game in the rally scoring era at BYU.

Outside hitter Erin Livingston recorded her 20th game of the season in double figures, tallying 14 kills on a .375 hitting percentage alongside middle blocker Heather Gneiting's seven kills at a .455 percentage clip.

The Cougars were stout defensively on the afternoon, led by middle blocker Whitney Llarenas' four blocks. BYU also held the Pilots to a .125 hitting percentage.

Set One
Portland came out swinging, but Livingston kept the Cougars in the first set, tallying four kills to cut the Pilot lead to two as BYU trailed 8-6 early. After a big double block by Taylor and Llarenas, followed by a Taylor ace moments later, the Cougars tied things at 13. After another Livingston kill, BYU ultimately held control of the lead going into the media timeout up 15-13.

Livingston led the way for BYU in set one, swinging at a .438 clip and registering 8 total kills. Taylor recorded 9 assists along with two aces in the set. Despite hitting just .125 percentage in the first set, the Cougars were able to hold off the Pilots to win 25-23 and take a 1-0 lead in the match.

Set Two
After a couple of unforced errors by Portland and a kill by Gneiting, BYU jumped out to a quick 4-1 lead in set two. The Cougars continued to apply pressure, getting it done defensively with Gneiting and Llarenas recording blocks to maintain a 15-8 lead at the media timeout.

Livingston came on strong out of the break, recording four kills over the next five Cougar points to lead 20-16. Elyse Stowell went on to deliver down the stretch, as her third kill of the set propelled the Cougars to a 25-19 win, taking a commanding 2-0 lead. Gneiting led the way in set two, registering five of her seven kills in the match.

Set Three
BYU started strong in the third set, jumping out to a quick 9-3 lead on a pair of kills by Livingston, and kills by Llarenas and Prior. Taylor registered three aces over the next four points to push the lead out to 14-4, capping off an 11-1 run for the Cougars. BYU didn't look back after that, closing the match on an 11-6 run to take the third set, 25-10, and earn their second sweep in as many games.

Heading to the Bay Area next week, the Cougars will face San Francisco and Santa Clara on Thursday and Saturday, respectively. Both matches will be streamed on the WCC Network.

No. 17 BYU welcomes Portland to Provo 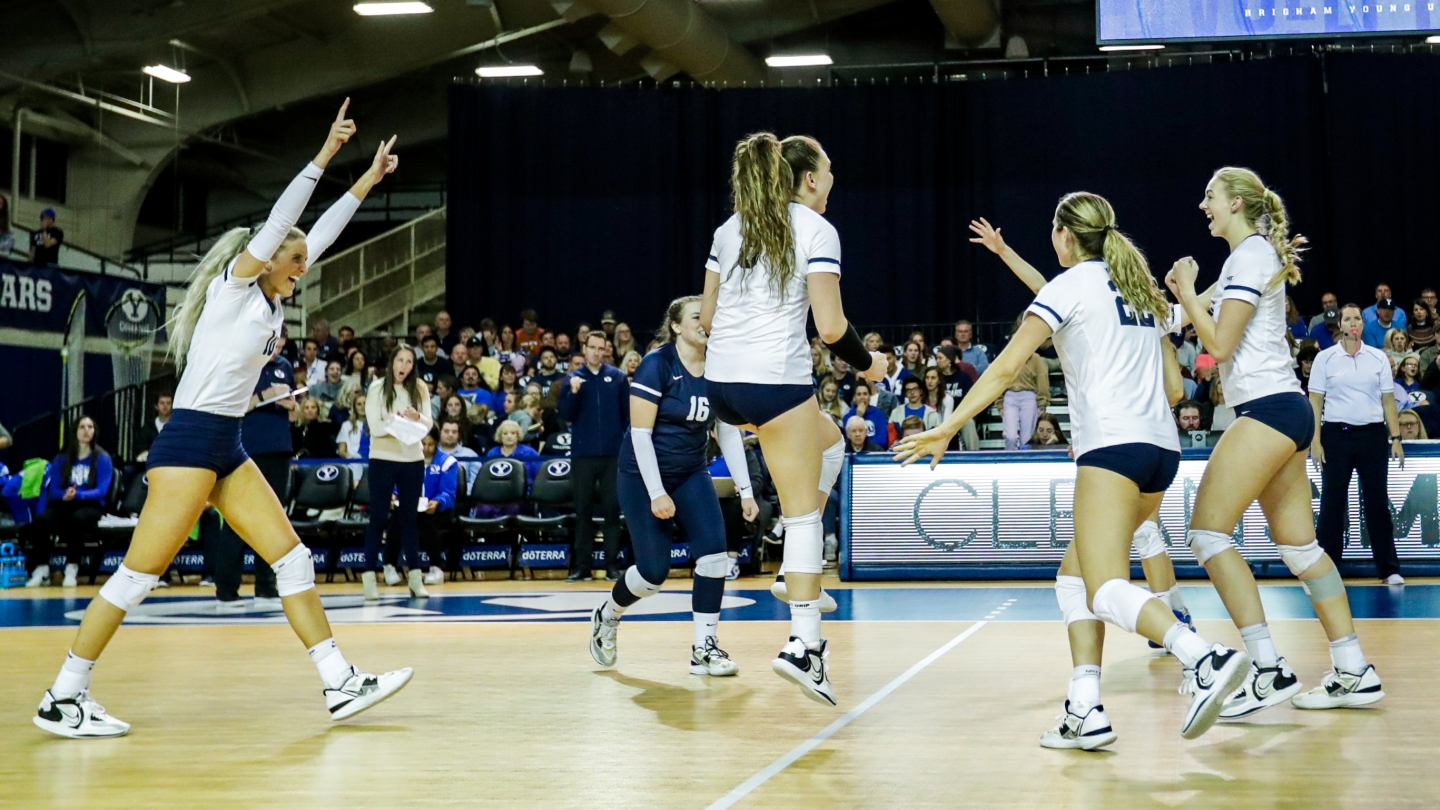 PROVO, Utah — Coming off a sweep of Gonzaga, No. 17 BYU women’s volleyball prepares to play Portland as its home stand continues at the Smith Fieldhouse on Saturday afternoon.

Outside hitter Erin Livingston led the Cougars with a career-high 22 kills on a .514 clip as BYU got back in the win column behind its third-best hitting percentage of the season, at .416.

Setter Abby Taylor made her first-career start at BYU against the Zags, dishing out 33 assists and also recording three digs, two kills and a service ace.

Winners of 26-consecutive conference matches at home, the Cougars are 11-1 in the Smith Fieldhouse this year, and 111-6 in Provo with BYU head coach Heather Olmstead at the helm.

Olmstead’s teams have lost to Portland just once during her tenure, posting a 14-1 record and dropping just four sets to the Pilots since 2014.

Improving their season hitting percentage to .302 on Thursday night, the Cougars jumped up to fourth nationally in the category. They're also No. 29 in assists per set, at 12.88, and No. 31 in in kills per set, at 13.87. All three statistical marks remain WCC-leaders.

Gneiting paces BYU at the net with 84 total blocks on the year. Her 1.24 blocks per set average sits at 49th nationally. Llarenas has 70 total blocks of her own.

The Cougars will head to the Bay Area next week for matches at San Francisco and Santa Clara. Both matches will be streamed on the WCC Network.