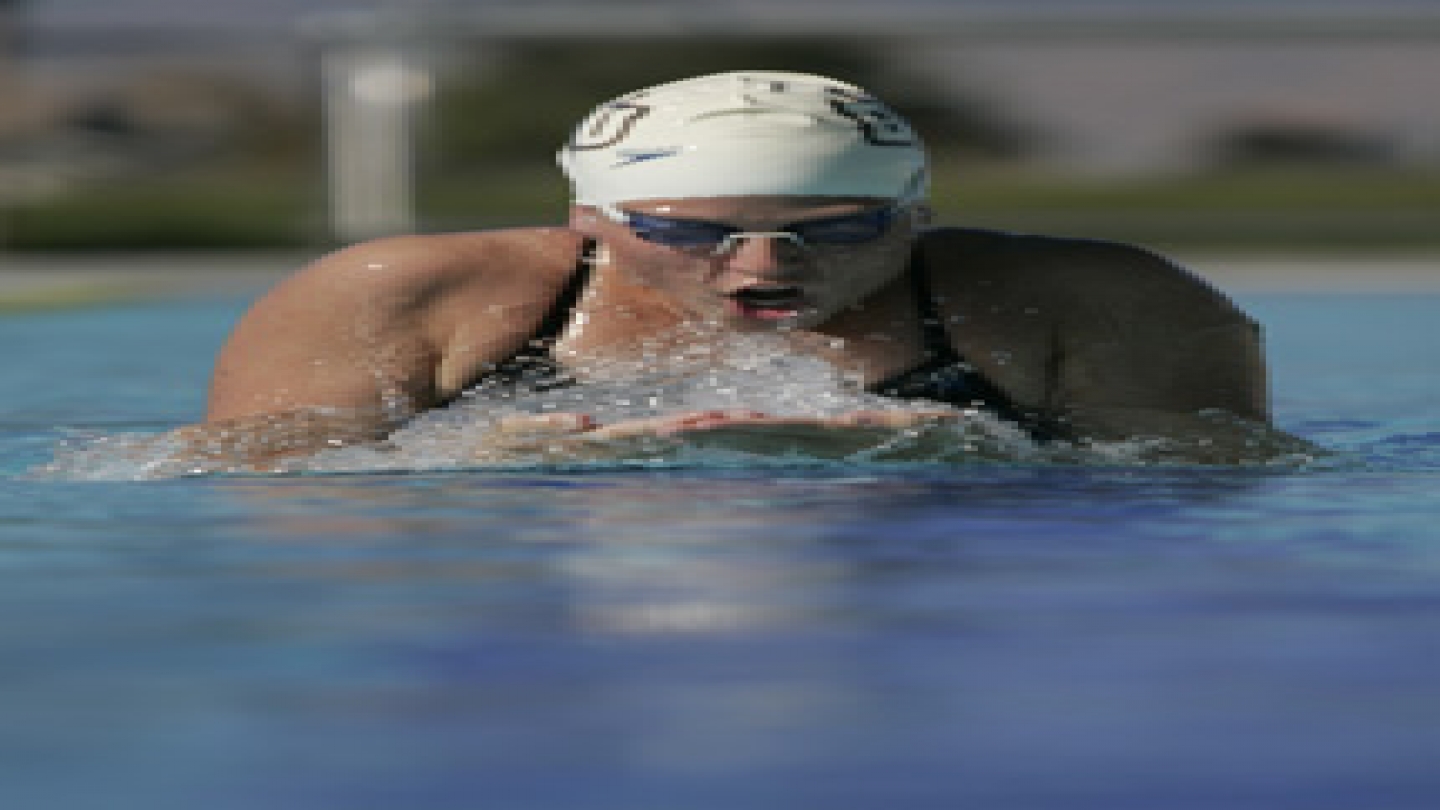 LARAMIE -- The BYU men's and women's swimming and diving teams swept Wyoming Saturday to wrap up a weekend of dual road meets and wins after beating Air Force Thursday at the Cadet Natatorium. The No. 20 men are now 9-1 on the season.

The Cougars made a strong showing against the Cowboys with the women winning all but two events (158-85) including both boards, and the men taking first in eight events, including triple wins and triple records by junior sprinter and two-time MWC Swimmer of the Week Brett Allen. Allen set three new pool records at 7,000 feet in the Corbett Pool in the 50 free (20.17), 100 free (45.15) and the 200 medley relay with teammates junior Mark Chay, senior Nicholas Tobler and junior Jorge Azevedo. The tag team touched at 1:30.75. Allen also continues to stand undefeated in the 50 free so far this season.

Women's swimming coach Stan Crump said the Cowboys did not fall to the Cougars by lack of competition; BYU just came ready to swim.

The Cougars will host the Utes in the Richards Building Pool Thursday at 6 p.m. for their final conference meet of the season before the Mountain West Championships. 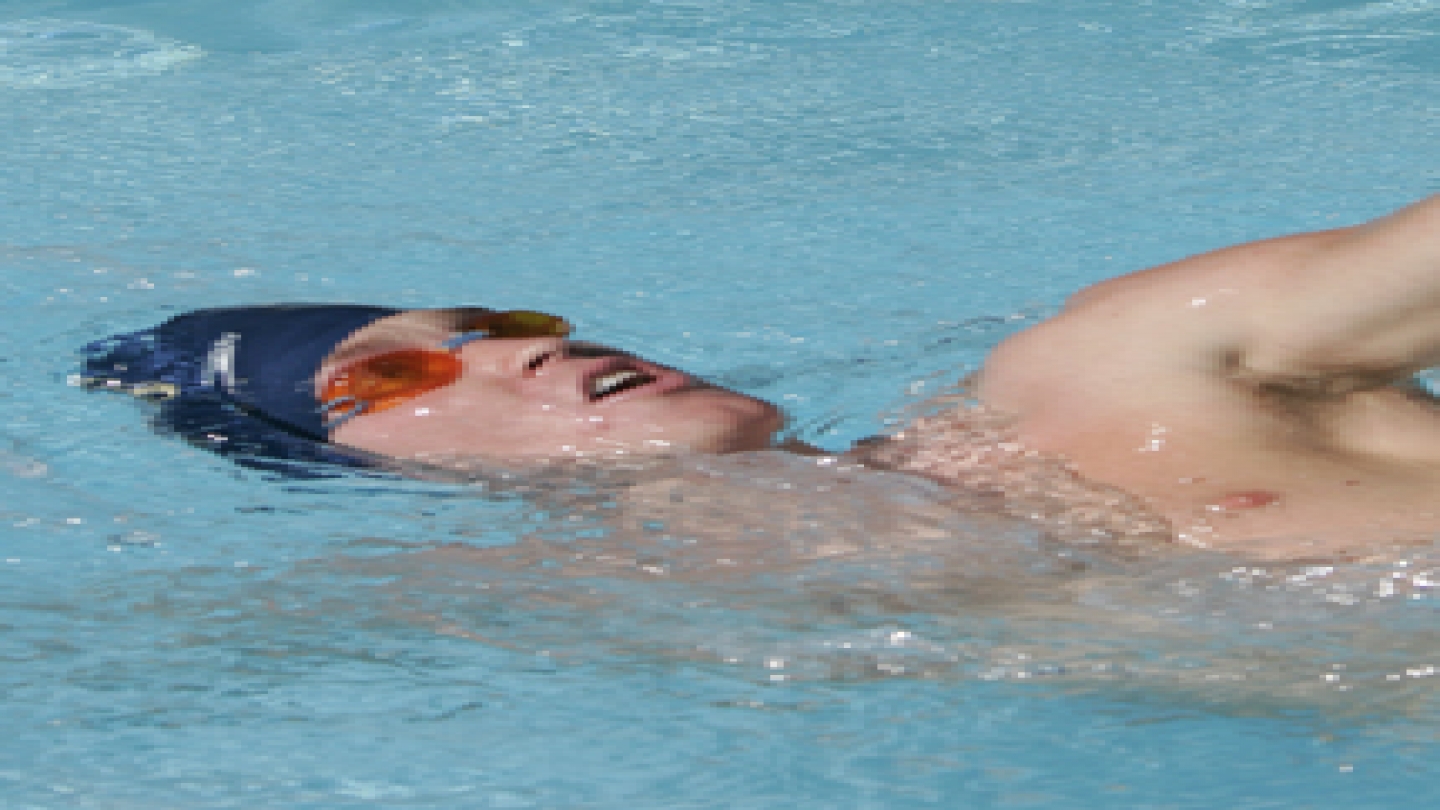 PROVO -- The men's and women's swimming and diving teams will travel to Air Force Thursday to take on the Falcons at 7,200 feet in the Cadet Natatorium at 5 p.m. before the swimmers climb to Laramie for a Saturday meet at noon against the Cowboys at Wyoming. The divers will stay at Air Force to meet seven other teams for the AFA Diving Invitational through Saturday.

The No. 20 BYU men's swimming team was beat by Air Force at the Speedo Cup Invitational in mid-Nov. at UC Irvine. BYU came in third behind the Falcons in second place. But men's swimming coach Tim Powers said the Cougars have been training hard and they are ready for the challenge.

"Air Force has some outstanding swimmers and we expect it to be a tough meet," Powers said. "But our guys have been training hard and I like the way we're looking."

The women also met Air Force at the Speedo Cup but defeated them by 123 points.

"We handled Air Force at the Speedo Cup, but they will test us," said women's swimming coach Stan Crump.

Powers and Crump both agreed meeting Wyoming on Saturday would be exhausting for both teams, but manageable.

"It's just a tiring trip because we're in the cycle part of our season," said Crump. "We're in the middle of pounding them for conference."

The BYU diving team will compete at Air Force Friday at noon and Saturday at 9 a.m. against MWC opponents Air Force, Colorado State, New Mexico, Utah and Wyoming, in addition to Colorado College and Denver.

Diving coach Keith Russell said his team is making definite improvement, but the invitational will bring new challenges because it will be the Cougars first meeting with Air Force and Wyoming this season.

"Wyoming will be really tough but I expect all of us to be in the game all the way," Russell said. "I expect to win."

This will be the Cougars' final road trip before the MWC Championships Feb. 22-25. BYU will meet Utah at home Feb. 2 and the Stanford divers Feb. 10.