Cougars Take All in First Weekend of Dual Meets 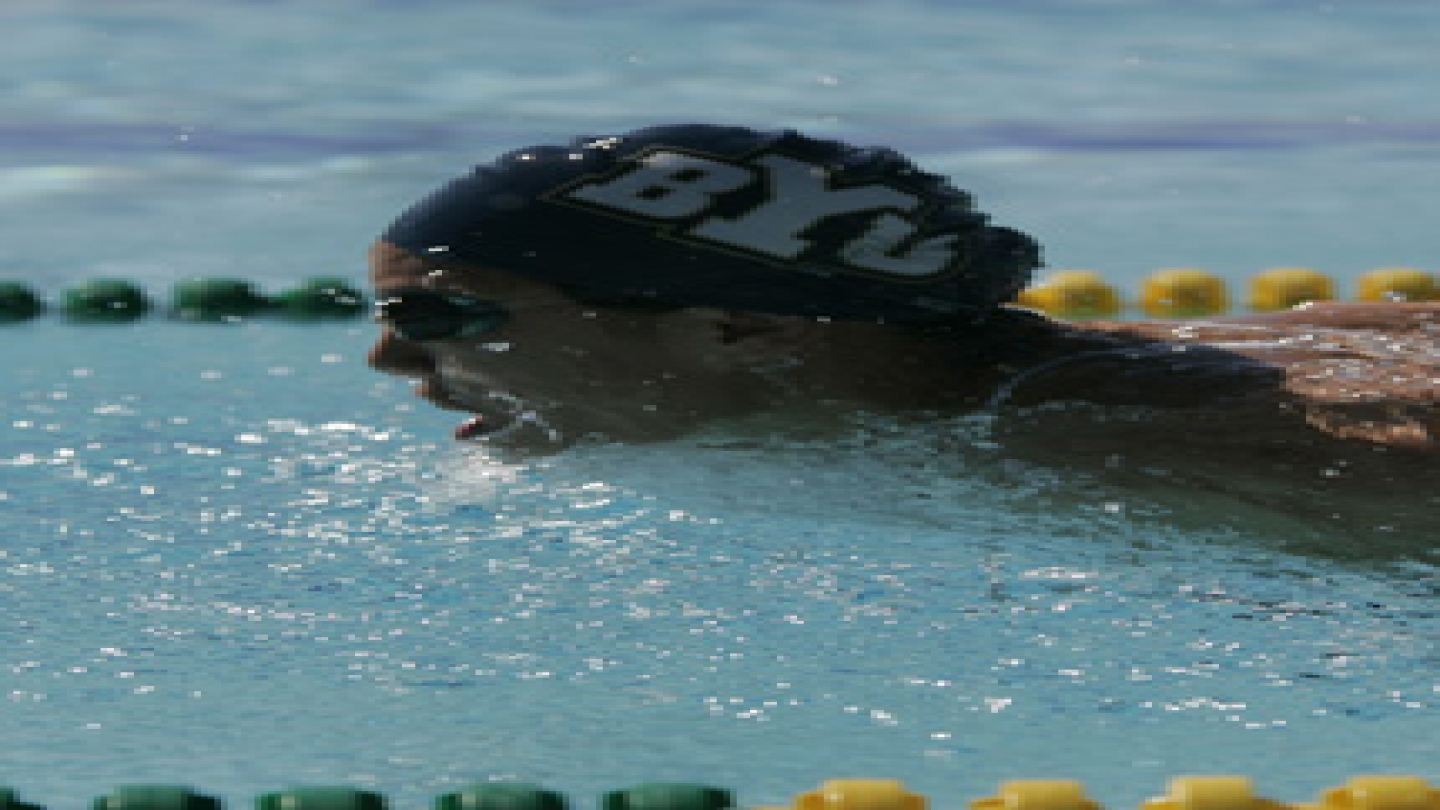 PROVO -- BYU's medley relay team led-off for the Cougars with a win for the second time this weekend, sparking a 125-103 team victory over SDSU in the Richards Building Pool after last night's 141-102 win over UNLV.

"When Saturday morning rolls around after a Friday night meet it's tough to go again," said women's swimming coach Stan Crump. But the women proved they were up to the challenge, even after Crump mixed up the roster to give the women experience in different events. "They had a really, really good week of training," Crump added. "And it showed."

The Cougars took control of the meet early on, finishing first place in the first eight events against the Aztecs. The Cougar's 200 medley relay team, composed of junior Brittany Davis, sophomores Angela Goodson and Jamie Bloom and freshman Leilani Roberts, finished their race at 1:48.90 to set the tone for the remainder of the meet. Davis went on to finish first in the 100 free at 53.58, Goodson kept her pace in the 100 fly, finishing first at 58.71 and Roberts took the 200 free at 1:53.64.

Sophomore U-Nice Chan also posted a top time for the Cougars coming in at 10:39.53 in the 1000 free, almost six seconds ahead of second place. Sophomore Tara Bradshaw added a first-place finish in the 400 IM at 4:41.08, junior Sarah Woodbury finished the 50 free with a first place at 24.85 and senior Natasha Jones added points coming in at first at 58.97 in the 100 back.

Crump said the Cougars are right where he wants them to be this early in the season and he expects a good competition when the women return to sea level next weekend for the Speedo Cup Invitational.

The men and women will report to Long Beach, Cali. Nov. 17-19 to compete in the Speedo Cup Invitational, while the divers host the BYU Diving Invitational at home. 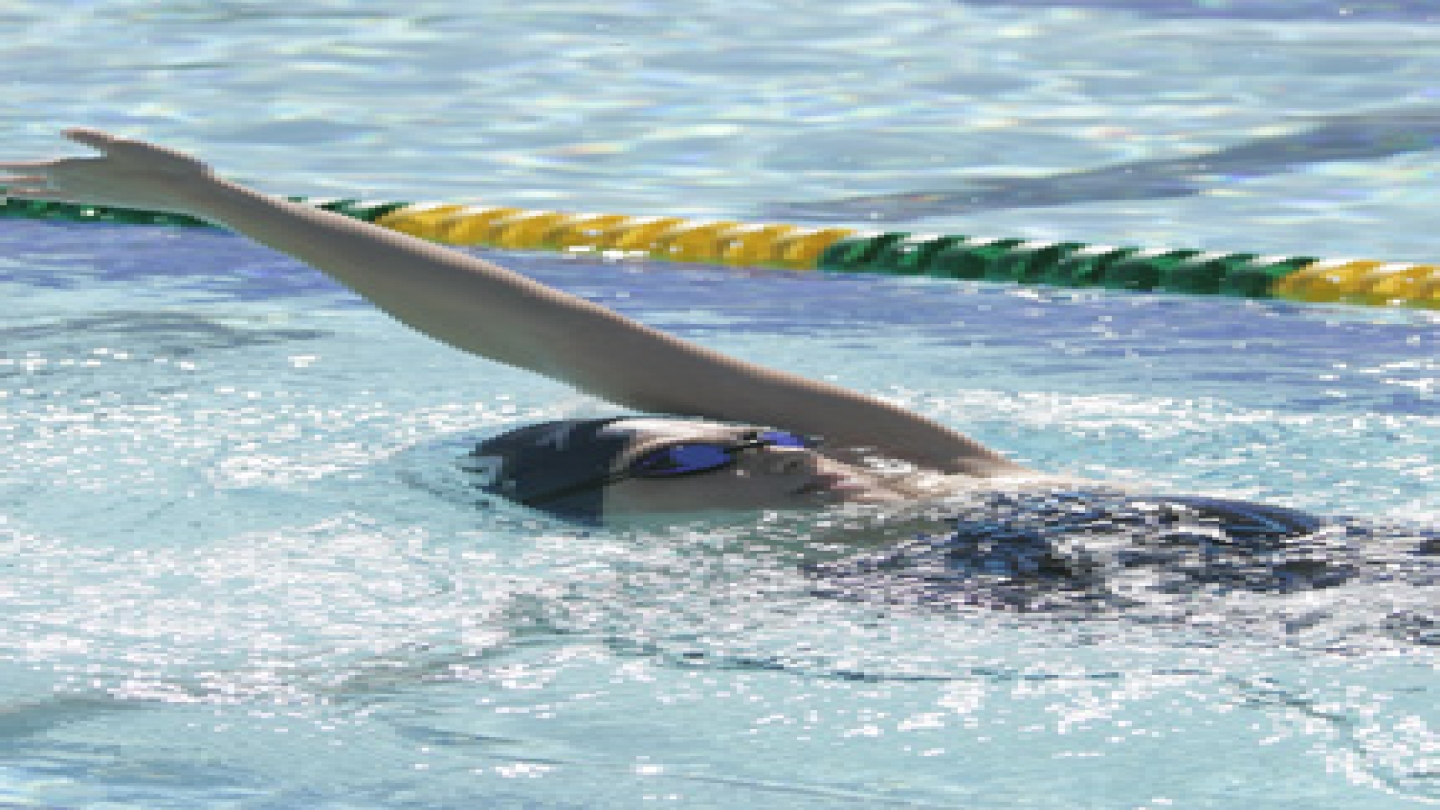 PROVO -- The BYU swimming and diving teams will kick off conference competition this weekend hosting UNLV on Friday and the SDSU women Saturday at the Richards Building Pool.

Men's swimming coach Tim Powers said they are looking to bolster their winning streak this weekend against UNLV.

"UNLV will matchup well with us," said Powers. "We'll have some really great races. I'm excited about it and I know the guys are too."

Last year the men defeated UNLV in regular season 122.5-107.5, but came second to the Rebels at the MWC Championship, giving the Cougars their first second place finish in MWC history.

The BYU women's swimming team also gave up the MWC title to UNLV after leading until the final night of competition when UNLV pushed additional points in the 100 free.

Women's swimming coach Stan Crump said he expects another close contest with UNLV this weekend and a competitive lineup both nights.

"The girls will get a lot of experience this weekend in different events with a dual meet lineup," Crump said. "They will be some good meets."

Crump predicts the individual medley will be a key event for the Cougars this weekend with junior Brittany Davis and sophomore Tara Bradshaw leading the pack. But, he said, the 1000 free, led by freshmen Kim Clark and Celleigh McHenry will really tell how the meet is going to go.

Powers said he is looking to junior Brett Allen, who set two records last weekend in the 50 and 100 free at UC Irvine, to lead the Cougars again, with help from free and fly sprinter junior Jorge Azevedo and long distance competitor, freshman John Kendrick. Azevedo and Kendrick also finished with top times and scores for the Cougars at the Big West Shootout last weekend.

The diving teams are also anxious for their first MWC competition after two top-three finishes at the Big West Shootout at UC Irvine. Diving coach Keith Russell said he expects junior captain Ron Morris to lead the men and sophomore Angela Nelson to contribute on the women's side.

BYU will host UNLV Friday at 6 p.m. and SDSU Saturday at noon in the Richards Building Pool.