Cougars in fifth as darkness delays Wolfpack Classic second round 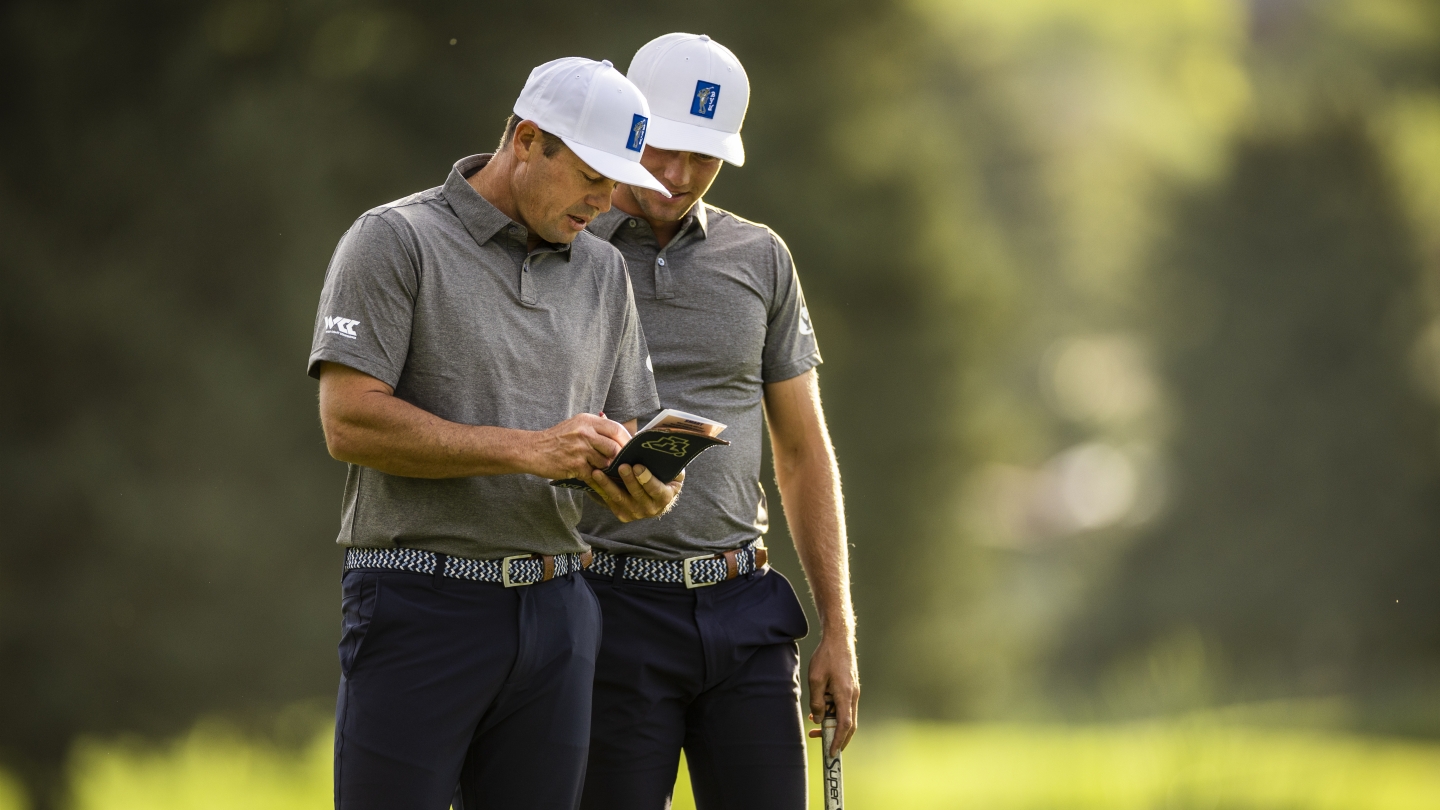 RENO, Nev. — BYU men’s golf sits in a tie for fifth at 13-under-par after darkness delayed the second round of the Nevada Wolfpack Classic.

“Unfortunately, we made some sloppy swings at the end of the first round which cost us a few shots,” said BYU head coach Bruce Brockbank. “We hit the ball better in the afternoon but just could get enough putts to drop. We need to make a lot of birdies to get into contention tomorrow, but I feel that our guys are very capable of that.”

BYU is in a three-way-tie with Colorado and UNLV at 13-under-par, with BYU and Colorado still to complete their second 18 holes.

All-American Carson Lundell led the Cougars on day one as he fired a three-under opening round that included four birdies and an eagle. He is currently 3-under-par through 17 holes in round two in a tie for seventh, five back of 36-hole leader Caden Fioroni of UNLV.

David Timmins is one shot back of Lundell at 5-under-par after a 4-under opening round that featured five birdies and a lone bogey. The senior is tied for 11th at 1-under through 17 holes in the second round.

"Carson and David are our No. 1 and 2 players for a reason," said BYU director of golf Todd Miller. "They really don’t have any weakness in their games which is what makes them great. Hopefully they can shoot seven or eight under-par tomorrow and be in contention to win this tournament."

Max Brenchley, playing in his first event of the season, posted an even-par opening 18 before carding a 2-under 70 in round two to sit inside the top-25 with 18 holes to play tomorrow. Zac Jones completed his first 36-holes with rounds of 73-71—144 to sit in a tie for 35th at even-par.

Tyson Shelley rounded out the scoring for the Cougar team in a tie for 37th with rounds of 74-71—145. Elijah Turner played as an individual and posted a 1-under 71 in his opening round. He currently is 2-over through 17 holes in round two and tied for 37th.

The second round will resume at 9 a.m. PDT with continuous play into the final round. The Cougars will again play with Colorado, Fresno State and LMU with live scoring available at golfstat.com. Updates will also be posted to the BYU men’s golf Instagram and Twitter accounts.

Cougars set to tee it up at Nevada Wolfpack Classic 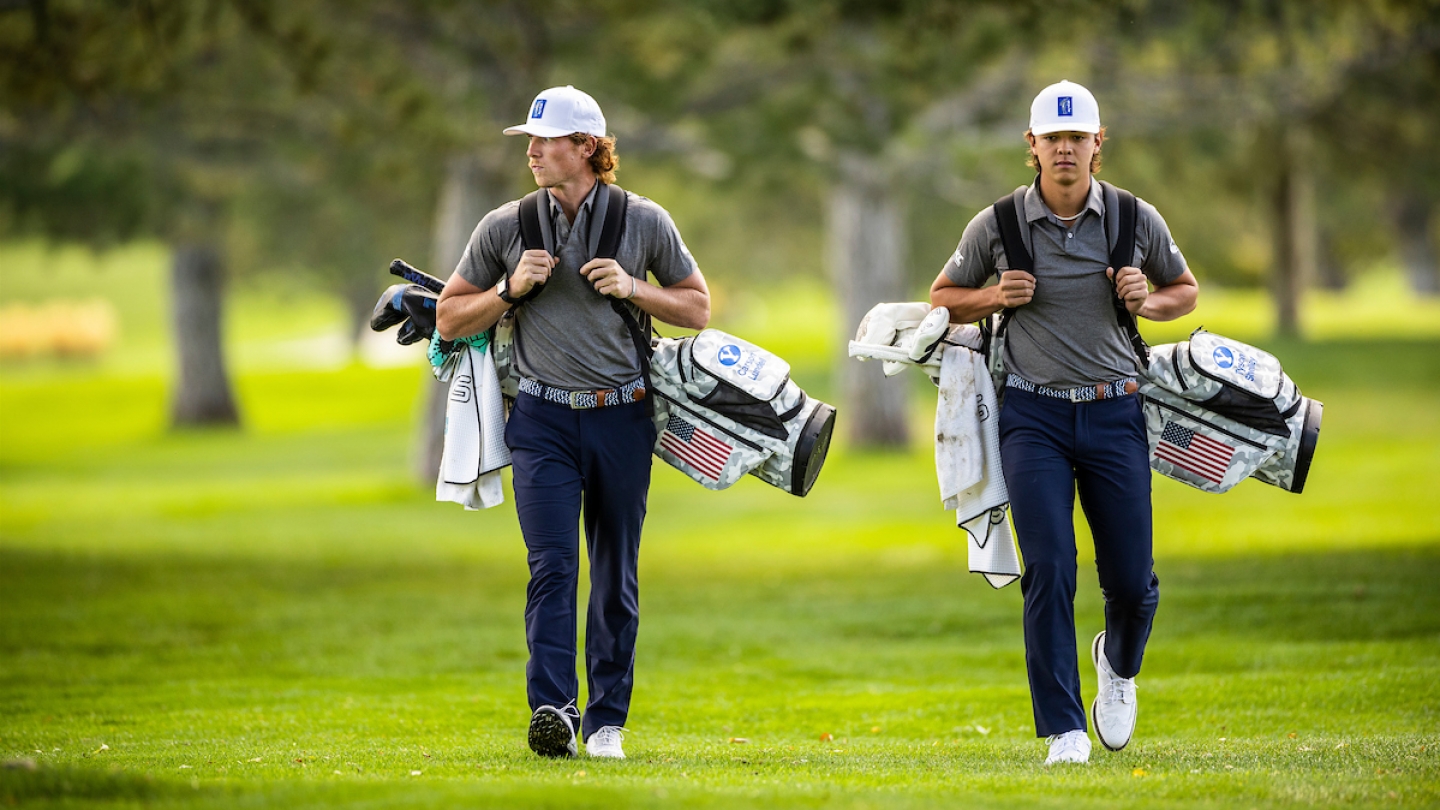 PROVO, Utah — BYU men’s golf will return to the course on Monday for the Nevada Wolfpack Classic at Hidden Valley Country Club in Reno, Nevada.

The Cougars opened the season by finishing second at the Olympic Club Intercollegiate, followed by a fifth-place finish at the William H. Tucker Intercollegiate.

“We had a great five-round qualifier over the last two weeks and the team is playing great golf,” said BYU director of golf Todd Miller. “We have a mature and talented team, so now is time for them to make a statement and set the tone for how we are going to play the rest of this season.”

Following an almost three week break from competition, Carson Lundell, David Timmins, Tyson Shelley, Zac Jones and Max Brenchley look to earn the Cougars' first win of the young season. Elijah Turner will be playing as an individual for BYU.

The 54-hole championship will be played at the 7,302-yard Hidden Valley Country Club with the first 36 holes being played Monday, Oct. 10 and the final round on Tuesday, Oct. 11. BYU will tee off in round one at 9 a.m. PDT with Colorado, Fresno State and WCC foe LMU.

“Last year, we played this event in cold and windy conditions, with even an occasional snow flurry,” said Miller. “The weather looks much better this year, so we will be playing a completely different course that plays a lot like Riverside Country Club.”

Live scoring will be available throughout the event at golfstat.com, with score updates being posted on the BYU men’s golf Instagram and Twitter accounts.