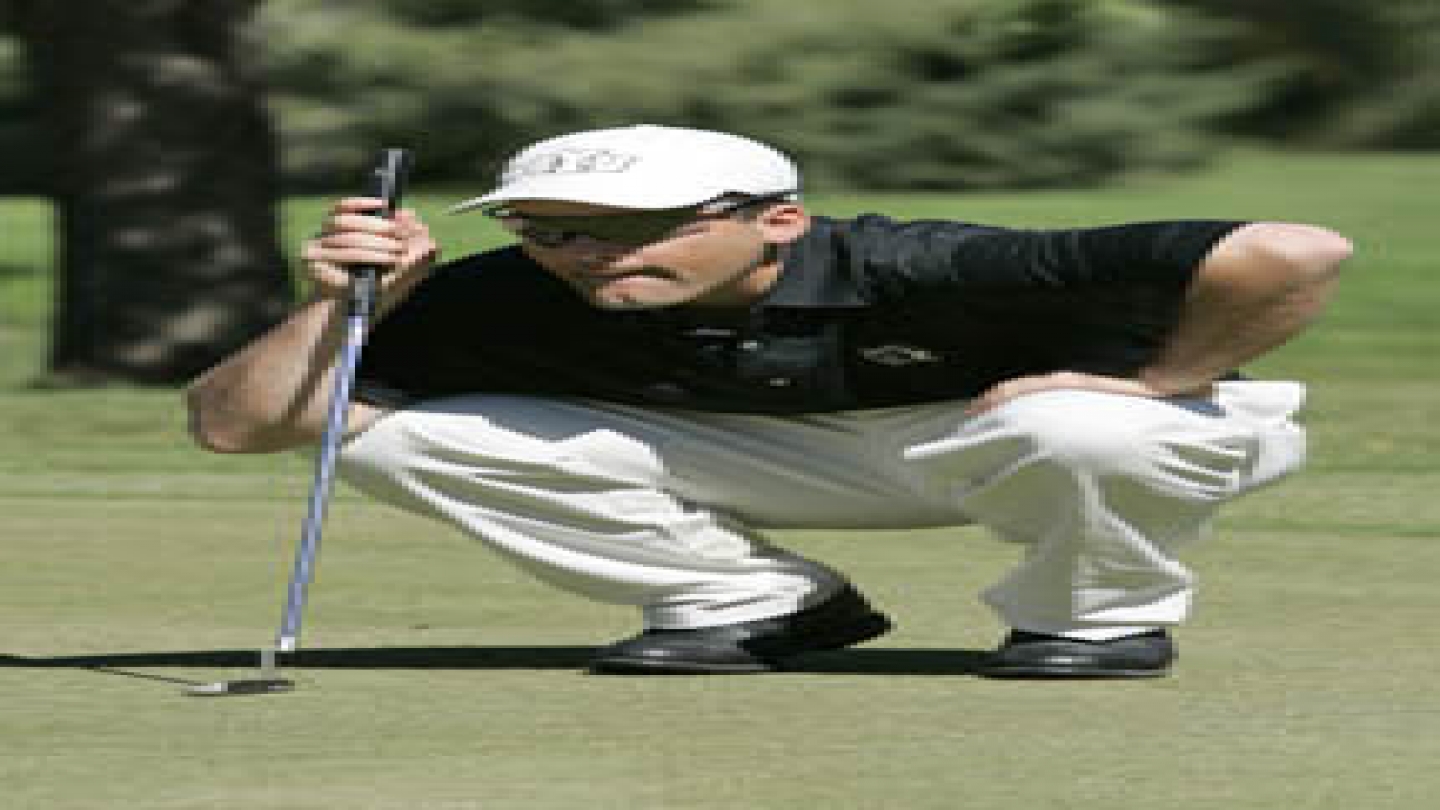 STANFORD -- BYU's men's golf team advanced to the NCAA Championship for the second consecutive year as they secured a sixth-place finish at the NCAA West Regional at the Stanford University Golf Course on Saturday.

The Cougars met their goal of qualifying for the championship finals, but it was not without several nervous moments. With only the top 10 teams advancing from the 27-team field, BYU had a brush with disaster before playing strong down the stretch. The 12th-ranked and No. 7 seed Cougars began the day in second place, but after nine holes they were already 14-over-par and fading to possible elimination.

When BYU made the turn, 13th-year head coach Bruce Brockbank knew qualifying for the NCAA Championship wasn't going to be easy. On the last nine holes the pars finally turned into birdies and double-bogies turned into pars as the Cougars found a way, for the third consecutive round, to finish strong. As a team, BYU finished the final nine holes just two-over-par on an extremely difficult golf course.

"Everyone of our guys hung in there today," Brockbank said. "We came here to win, but before we knew it, we were just trying to hang on and survive. This team played awesome the first two days and on the final nine holes and that's why were going to the NCAA Championship.

UNLV captured the team championship at six-over-par followed by fifth-ranked New Mexico. BYU finished the tournament at 18-over-par thanks to their 16-over-par final round. It was the highest final round of any of the qualifying teams. Along with UNLV, BYU and New Mexico, San Diego State also qualified as they finished in seventh place. With four teams advancing, the Mountain West Conference showed why it is one of the strongest men's golf conferences in the nation.

Individually, Oscar Alvarez finished in fourth place at the West Regional for the second consecutive year, despite leading through 36 holes. Alvarez, who was paired with 2004 U.S Amateur and NCAA champion Ryan Moore of UNLV, played a little tentative to begin the day. Luckily for the Cougars he was able to play the back nine even par and finish with a four-over 74. Stanford's Rob Grube carded a final-round 65 to take the indivdual title and help his team qualify by one stroke for the Championship finals.

Sophomores Nick Becker and Jake Ellison both carded three-over-par 73s on the final day to lead the Cougars. Becker also played the back nine even par and finished the tournament in 15th place--his third consecutive top 15 finish of the season. Ellison finished tied for 72nd place at 12-over-par. Seniors Ron Harvey, Jr. and Greg Machtaler both had off days, but Machtaler's birdie on hole No. 17 helped seal BYU's ticket to the Championship round. Harvey finished tied for 39th place while Machtaler finished tied for 80th place individually.

BYU will now make its second-consecutive and 26th NCAA Championship appearance. The Cougars will head east to Baltimore's Caves Valley Golf Course on June 1-4 to face off against the top 10 qualifying teams from each region. With BYU's rich tradition of strong national finishes and the current team's familiarity with this caliber of a tournament, the Cougars will likely be in contention for the NCAA title once again.

"I know we will be right in the hunt," Ellison said. "We proved we are one of the best teams in the country. We have the talent; we just need to do a little better job at finishing tournaments."