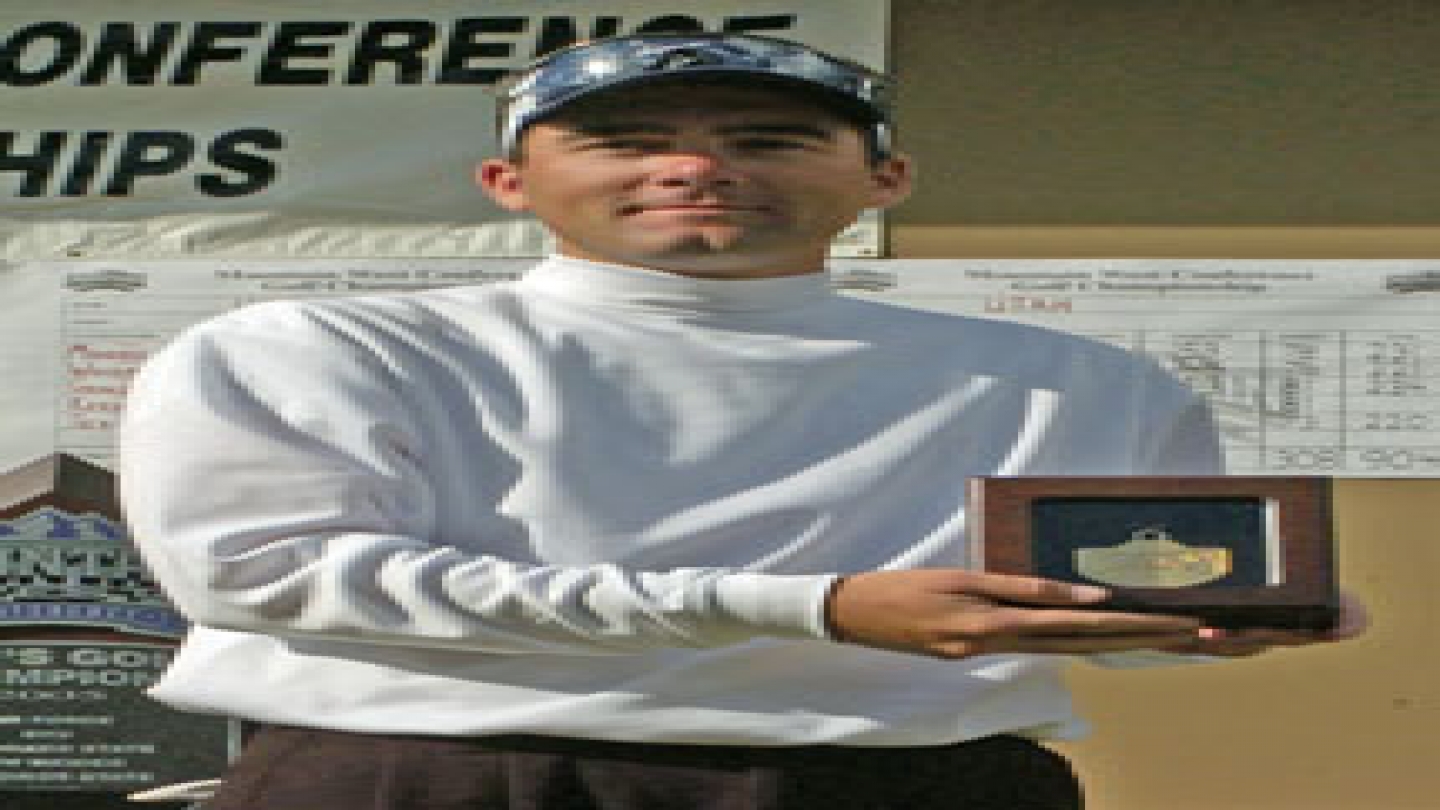 Playing in only his ninth collegiate tournament, Becker beat the top two golfers in the nation including 2004 NCAA Champion and U.S. Amatuer Champion Ryan Moore of UNLV. Becker finished the tournament eight-under-par thanks to a stellar final round 68.

With the victory, Becker becomes BYU's first conference champion since Manuel Merizalde won his freshman season back in 1999.

"It feels really good to win," Becker said. "I may not be the best golfer in this tournament, but I know I can score with the best of them. That's how I did it. I putted really well and stuck to my routine."

The victory was Becker's first career win and second top 10 finish of his young career. Heading into the final hole Becker led Levin by one stroke after a bogie on No. 17. Becker made a four-foot putt to go up and down for par while Levin missed a possibly tying 25-foot putt by an inch, thus sealing the victory for Becker.

"I knew it was down to Spencer (Levin) and I," said Becker. "I just believed in my game, trusted it and blocked out any nervousness."

Despite Becker's best efforts New Mexico won its third consecutive men's golf championship thanks to three solid days of team golf. Last year's MWC Golf Championship came down to a sudden death playoff hole between BYU and the Lobos. This year the Lobos led from beginning to end and never let anyone get too close. UNLV tried to make a run on the final day by scoring a blistering 10-under-par, but it wasn't enough to catch the fifth-ranked Lobos who finished eight-under-par. No. 4 UNLV's strong finish put them three strokes back of New Mexico and two strokes ahead of the Cougars. UNLV benefited from an earlier tee time and played its first nine holes without any of the strong 30-40 mph winds that plagued BYU and New Mexico all day.

"We were in a dogfight with two of the best in the nation," BYU head coach Bruce Brockbank said. "We showed we can play with them, but we've got to do a better job of getting all of our guys making putts and playing well. It was outstanding to see two of our guys have a great tournament, but at the same time we are little disappointed with third place."

Senior Ron Harvey Jr. was BYU's other standout in the tournament. Harvey finished the tournament tied for third place at three-under-par (71-72-70--213) along with the nation's No. 1 golfer Ryan Moore of UNLV. During Saturday's final round, Harvey pared every hole except for birdies on the par 5 No. 16 and par 3 No. 17 and finished two-under.

"I did a real good job of sticking with my routine and minimizing my mistakes," Harvey said. "I was real patient all day so it was nice to end with a couple of birdies."

Outside of Becker and Harvey the Cougars failed to get a score under par. BYU's top golfer Oscar Alvarez was having a good round until the final six holes where he bogied three out of his last six. Alvarez missed four five-foot putts on five of those final holes and ended the tournament tied for 12th place. Jake Ellison who was at two-over-par for most of the day until he boogied two out of his last four to finish four-over tied for 18th place.

BYU now focuses its attention on the NCAA West Regionals on May 19-21 where it hopes to once again advance to the NCAA championship. Last year the Cougars finished ninth at the NCAA finals.

"This tournament is behind us; now we've got bigger fish to fry," Harvey said.