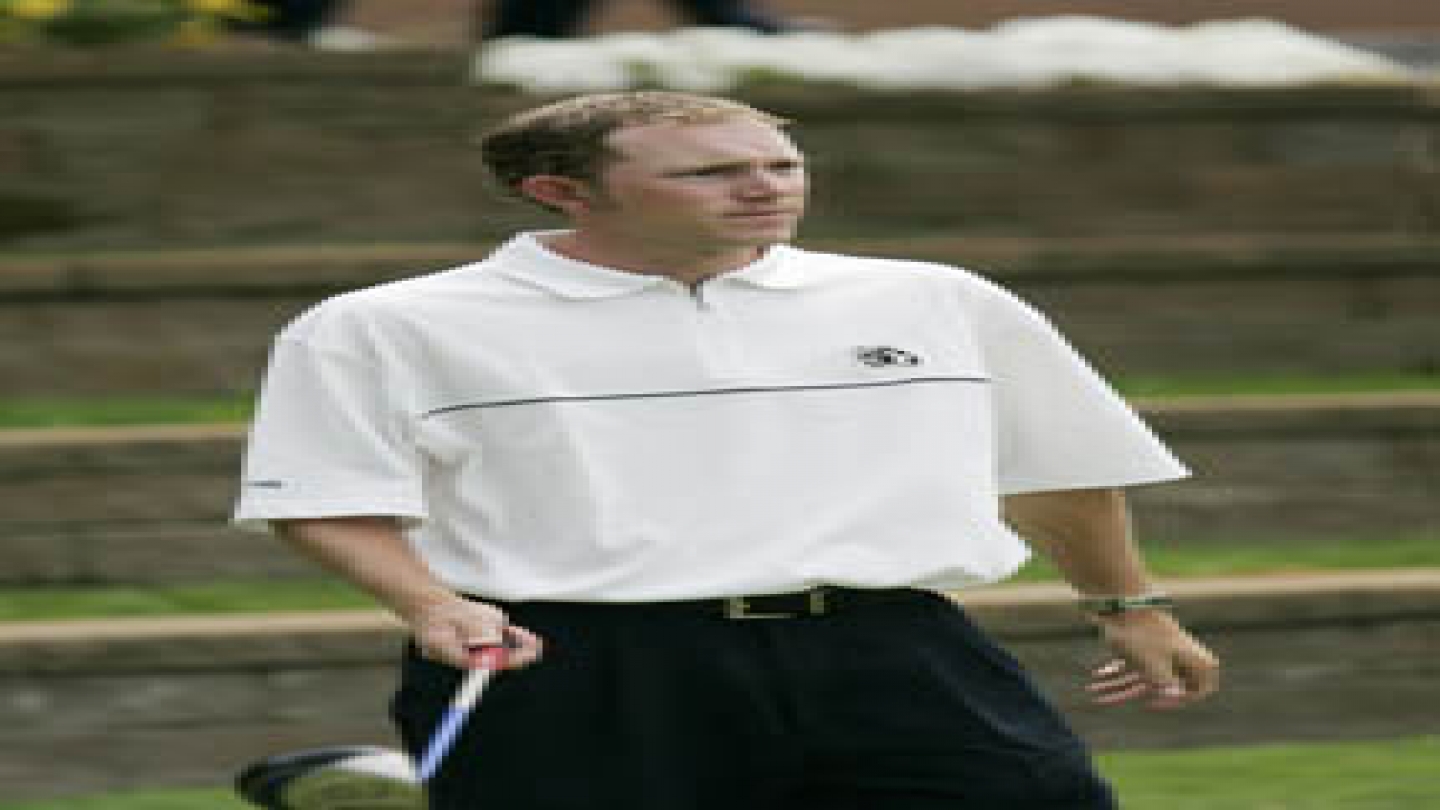 In the first two tournaments of the 2006, BYU was able to putt extremely well. At the Ashworth Invitational BYU's short game took a step back. The Cougars weren't able to get up and down in a consistent fashion, which ultimately pushed BYU out of the top two spots for the first time in five tournaments.

"We weren't quite on our game," BYU head coach Bruce Brockbank said. "We got behind every round and started pressing, which led to a number of mistakes."

During the final round, the skies finally cleared up, but it wasn't enough to help push BYU back to the top of the pack. The Cougars were at one point as far back as ninth place, but moved up to sixth place thanks to a strong finish. The Cougars finished one shot behind fourth-ranked UCLA, who ended the tournament tied with Oklahoma at 23-over-par in fourth place. The Cougars did finish up ahead of No. 11 Tennesse and No. 19 Washington. Pepperdine claimed a nine-stroke victory thanks to a tournament best three-under-par 281 final round.

Clay Ogden and Nick Becker were the bright spots for the the Cougars. Ogden was the only Cougar able to score more than one round under par in the tournament and finished even par and tied for fifth place. For the 2005 USGA Publinks Champion, it was his second best and third top 10 finish of the season.

"Under these conditions I really feel like par was a great score," Ogden said. "I just did my best to keep my grips and my hands dry so I could hit the ball consistently."

Nick Becker finished tied for seventh place. He was three-over-par on the final day, but finished two-over for the tournament. Daniel Summerhays went two-over-par during the final round to finish tied with Oscar Alvarez for 35th place at 11-over-par. All-American Jake Ellison, who has been BYU's top golfer all season and is ranked No. 14 nationally, struggled throughout the tournament and finished tied for 58th place at 16-over-par. According to Brockbank, finishing outside the top three will help motivate his team over the next month as they prepare to improve on their 2005 fourth-place NCAA Championship finish.

"I'm glad we were able to get 54 holes done," Brockbank said. "This type of result isn't what we want, but it comes at a good time. It will help us reevaluate where we are at as a team and it will help us focus on what we need to do to become better."

After back-to-back tournaments to end February, BYU will take the month of March off and begin tournament play again on April 3-4 at the Morris Williams Intercollegiate in Austin Texas. BYU will play in three tournaments in April before ending the month at the Mountain West Conference Championships on April 27-29