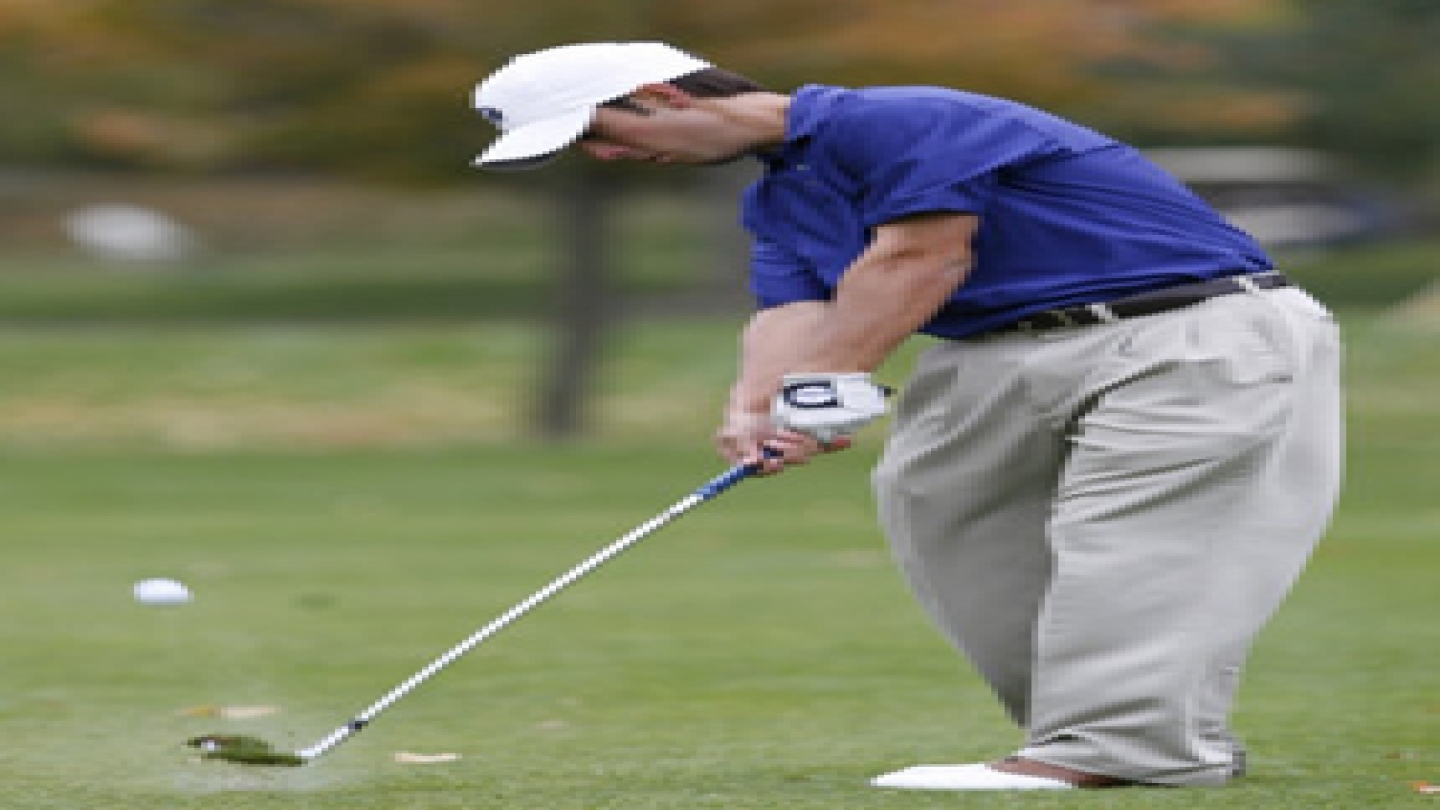 THOUSAND OAKS -- With only four out of five starting players on the course on Tuesday, the BYU men's golf team finished the USC Collegiate Invitational at 21-over-par (281) and in fifth place.

The Cougars were challenged once again by the golf course's hard and fast greens, but were still able to post the second-lowest round for the day. Their last round was an eight shot improvement from the day before. They had to mentally adjust once Senior Jake Ellison had to withdraw from competition Monday afternoon, when pain from an infection made it impossible for him to finish the round. After surgery late Monday night, Ellison sat out for Tuesday's final round and is still recovering.

"It certainly makes a difference to arrive at the golf course early in the morning knowing you are counting all your players' scores for the day," said head coach Bruce Brockbank, "The guys handled it well. I am pleased with our solid final round."

The top Cougar for the tournament was All-American Daniel Summerhays who fired a three-under-par 69 the last round for a two-under-par 211 total and a 4th place finish.

"I hung in there yesterday," said Summerhays, "With more birdie chances today, I had a good finishing round."

One-shot away from Summerhays, Sophomore Nick Killpack carded his best 54-hole total at 212 and his best finish of his college career as he tied for 7th place. Killpack, who has played as an individual competitor the past couple of events, had a personal-best when he started the tournament with a four-under-par 67.

"Nick (Killpack) definitely got my attention this week" said Brockbank, " After an average fall season, he stepped up these two days and played well. This makes the team stronger as it gets more competitive, we get more depth and expectations get higher."

The Cougars' progress on the final day was also highlighted by senior Nick Becker's two-under-par 69. In a up and down round, Becker had four bogeys and a double-bogey but answered back with six birdies and an eagle to finish the tournament in 9th place individually.

Also playing for BYU were senior Clay Ogden and freshman Robbie Fillmore who finished tied for 33rd and 58th out of 84 individuals respectively.

"One thing that separated us from the rest of the teams was our poor bunker play. Because of the winter we haven't been practicing bunkers lately, and it showed," said Brockbank, "However I think what kept us out of contention was our attitude. This tournament helped the guys learn a lesson that they will hopefully apply in future events."

No.1 Stanford took tournament honors with a four-under-par 848 total.

Follow the Cougars next, when they play at the Morris Williams in Texas the 26th and 27th of March.