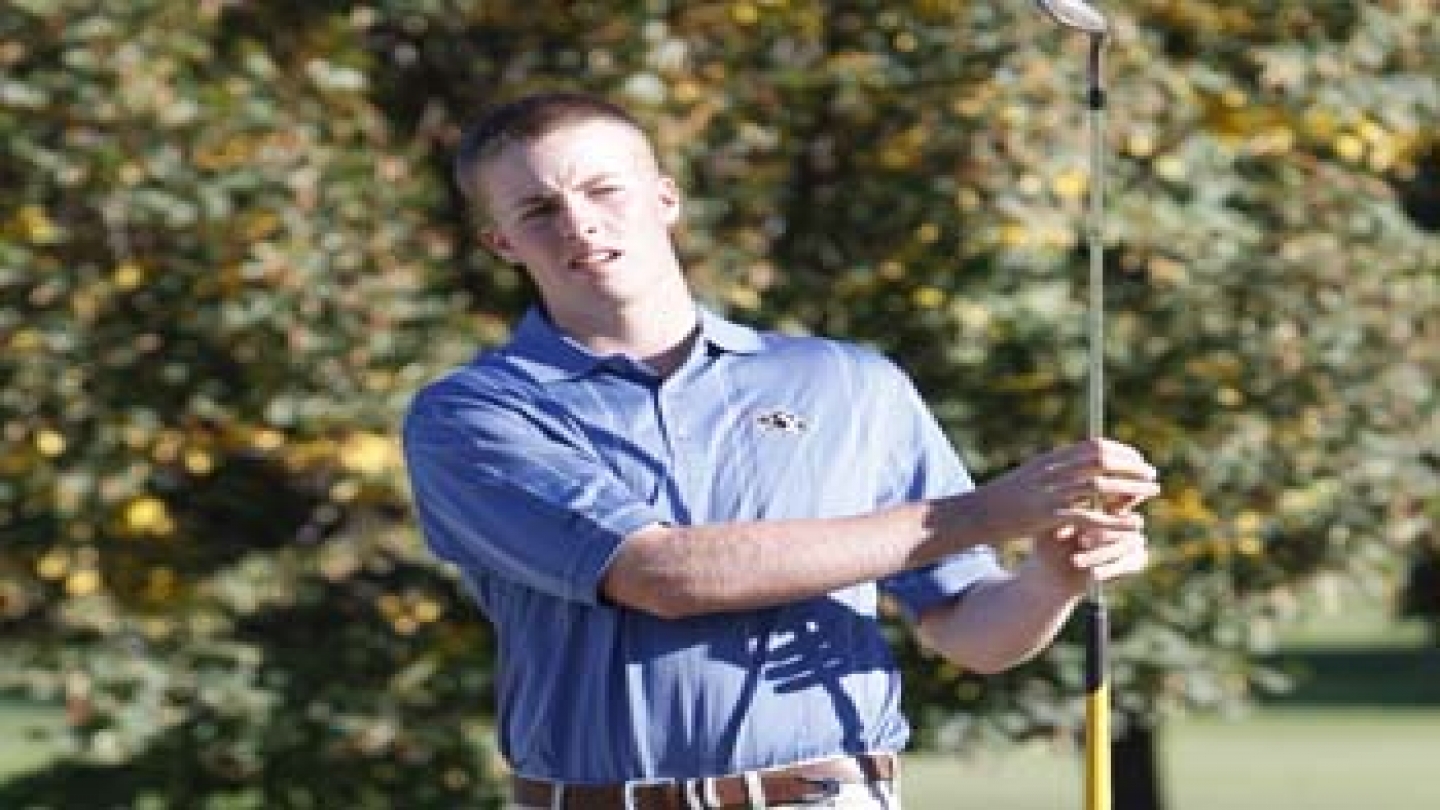 PROVO -- Following a strong opening-day performance in which the BYU men’s golf team led the field, the Cougars were able to maintain momentum en route to victory at its own PING Cougar Classic.

In cold and rainy conditions, BYU ended the tournament at 22-under-par by scoring a 5-under third round. Colorado State made a run with an 11-under final round to finish in second place at 13-under-par, ahead of 10-under Idaho.

“It’s fun to win your home tournament,” said BYU head coach Bruce Brockbank. “I’m glad that we got the job done and beat some good, quality teams out there.”

Leading the way for the team in the final round was junior Brady Johnson, who completed the tournament in second place at 10-under-par by matching his first-round score of 4-under 68. He made four birdies on the day and 14 holes shot at par.

Close behind was Esteban Calisto, who came in sixth place at 7-under-par with an even-par 72 in the final round. He scored two birdies and equaled Johnson’s 14 holes shot at par on the day.

Lone senior Nick Killpack played his last Cougar Classic and finished a consistent tournament with a 1-under final round effort, ending up tied for 14th at 2-under-par. He also had four birdies to go along with 11 holes at par.

Robbie Fillmore and Jordan Rodgers tied for 16th place at 1-under as both ended with even-par third rounds. They both had three birdies and 12 holes made at par on Saturday.

BYU’s individual golfers performed well as Stephen Archibald came in tenth place overall at 4-under-par. He made a team-high five birdies in the last round, four of them coming on the back nine and totaled 11 holes at par.

Daniel Reid and Jordan Hammer finished at 7-over and 9-over, respectively.

The Cougars will next compete at the Mountain West Conference Championships April 30-May 2 at Tuscon National Golf Course in Arizona.

“This was a great way to get a jump start for our conference tournament,” Brockbank said. “We have some tough teams to go up against; this is a great conference we play in. In order to win, we’ll need to continue to putt well and play to the best of our ability.”