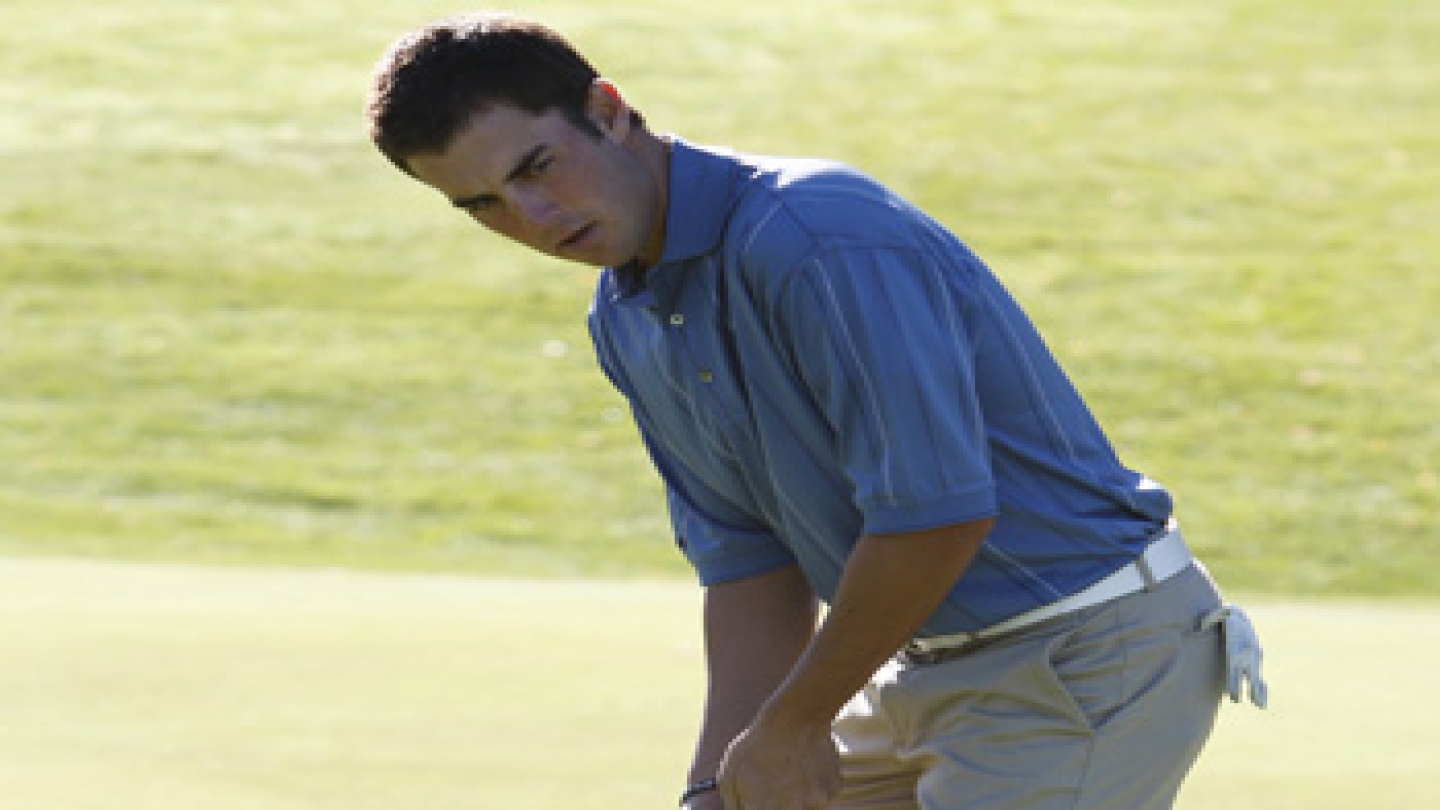 In third place after Monday’s two rounds of play at the Belmont Country Club, the Cougars dropped a few spots despite having an improved overall team score in the third round.

“We had our chances, but we lost a bit of momentum and we ended up with an average day of golf,” said BYU head coach Bruce Brockbank. “We had a few guys do really well in this tournament and I think we got better at different times, but it was hard to grasp not finishing the final holes very well.”

BYU’s lone senior Nick Killpack continued to play well in the tournament as he finished tied for ninth place overall at one-over-par. His third-round finish at even-par 72 was cemented by making every hole at par and making four birdies and four bogeys in Tuesday’s final round. In the opening rounds, he went one-under and two-over respectively to place at No. 10 overall.

Robbie Fillmore once again enjoyed a solid round of golf Tuesday by making two birdies and two bogeys in the final round. He ended the tournament tied for No. 14 overall at 2-over-par, just a few spots behind his placement following the opening two rounds.

Sophomore Esteban Calisto made three birdies and four bogeys en route to a finish at 8-over-par, good for a No. 35 finish.

Brady Johnson improved the most throughout the tournament, opening the competition with a 10-over-par 82 effort in the first round and finishing the final round at 2-under-par 70. His gradual improvement led to a final placement of No. 45 at 10-over-par overall. He made an eagle on a par-5 hole and also had three birdies on the day.

“This was kind of a tricky course with good tee shots and great greens,” Johnson said. “To get ready for our next tournament, we’ll have to put in more practice time and work on our iron play and our short game.”

Freshman Jordan Hammer was the final golfer for the team and he scored two birdies in the final round. Ramie Sprinkling of UC-Davis ended the tournament in first place individually, while No. 14 Washington came in first place as a team.

BYU will next compete in the Morris Williams Invitational in Austin, Tex., Mar. 30-31.

“We learned a good lesson,” Brockbank said. “I’m glad we were in contention, now we just need to learn to finish out the final holes.”