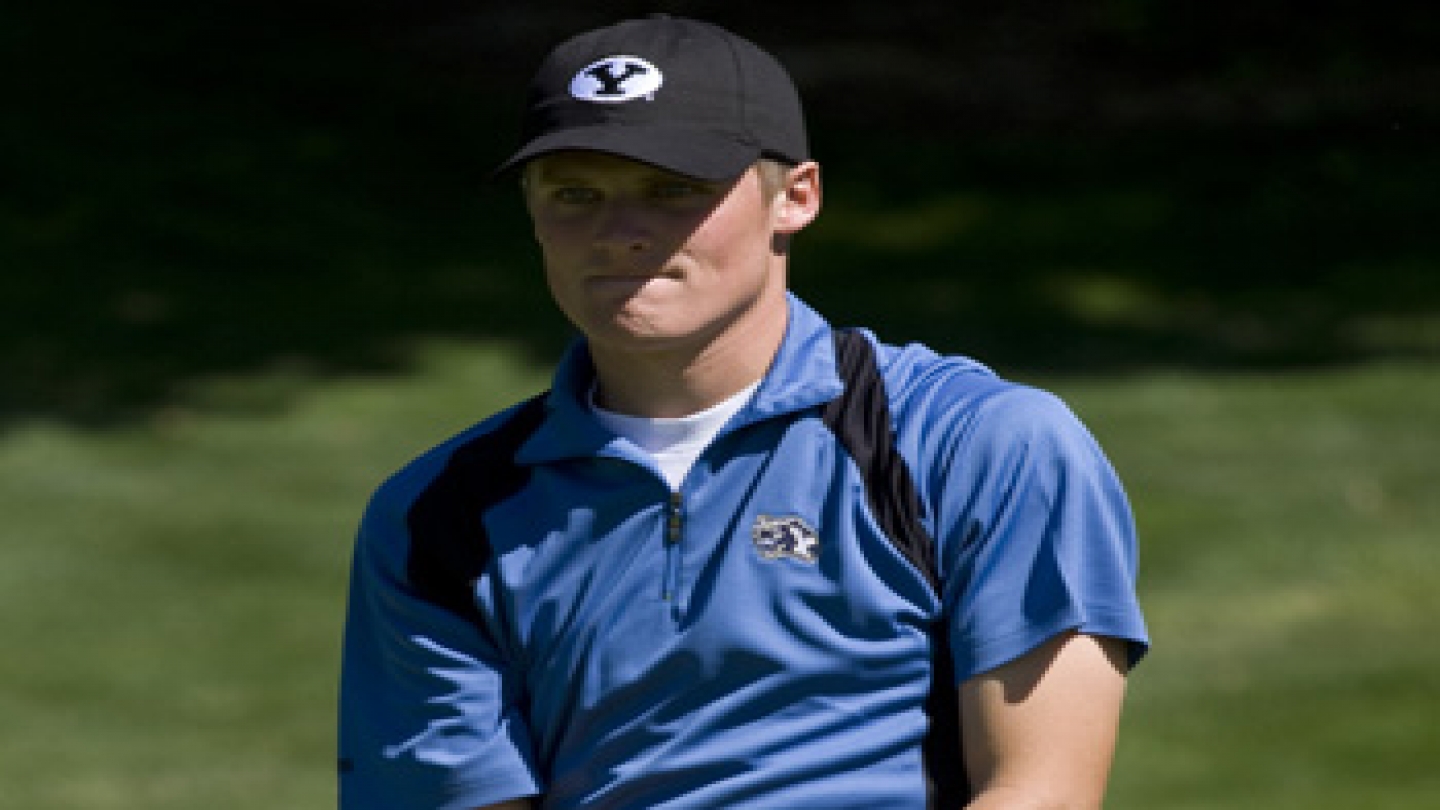 With the tournament being played at Leilehua Golf Course, the Cougars shot a 5-under-par 859 team score to settle for its final placement in the field of 17 schools.

"We had some bright spots, but ultimately it came down to a few mental mistakes and missing some key putts that would have helped our score," said head coach Bruce Brockbank.

Improving most in the final round was junior Robbie Fillmore, who moved up 22 spots from No. 55 to No. 33 after scoring a 4-under-par 68 in round three. He finished the tournament at 1-under-par and improved his score by five strokes from the second round.

Brady Johnson also played consistently by scoring an even-par 72 in the final round and completing the tournament at 5-under-par. He tied for 16th place in the field of 96 golfers.

Nick Killpack displayed senior leadership by ending the competition tied for No. 33 with Fillmore at 1-under-par. He shot a 1-over-par 73 in the final round, improving his second-round score by a stroke.

Freshman Stephen Archibald and Esteban Calisto performed well for the Cougars throughout the tournament, completing the final round scores of +1 and +3, respectively. Archibald finished at 2-over-par overall, good for a tie at the No. 49 spot.

The Cougars sent two individual golfers to the tournament, freshmen Jordan Hammer and Jordan Rodgers, who completed the third round at even-par and one-under, respectively. Hammer finished with a remarkable overall score of 8-under-par and tied for fourth place. He shot a 6-under-par 66 in Wednesday’s opening round and maintained momentum to hold on as the top finisher for BYU. Rodgers improved his second-round score by six strokes in the final round to end the tournament at 6-over-par.

"Hammer played well as an individual," Brockbank said. "He has a chance to earn a spot in the top five for our next tournament and we'll see how he does."

New Mexico’s James Ekenbeck stormed ahead for an 11-under-par finish to end the tournament in first place, followed by previous leader Tarquin Macmanus of Arizona. Texas A&M’s Bronson Burgoon shot 7-under-par to lead the Aggies to the team victory.

BYU will next play in the USC Invitational Feb. 23-24 in Thousand Oaks, Calif.

"Our guys are grinding it out and working hard," Brockbank said. "This next tournament is on a championship course with fast greens and tough holes, so we've got to keep the ball up and play good golf against tough competition."

* - played as an individual