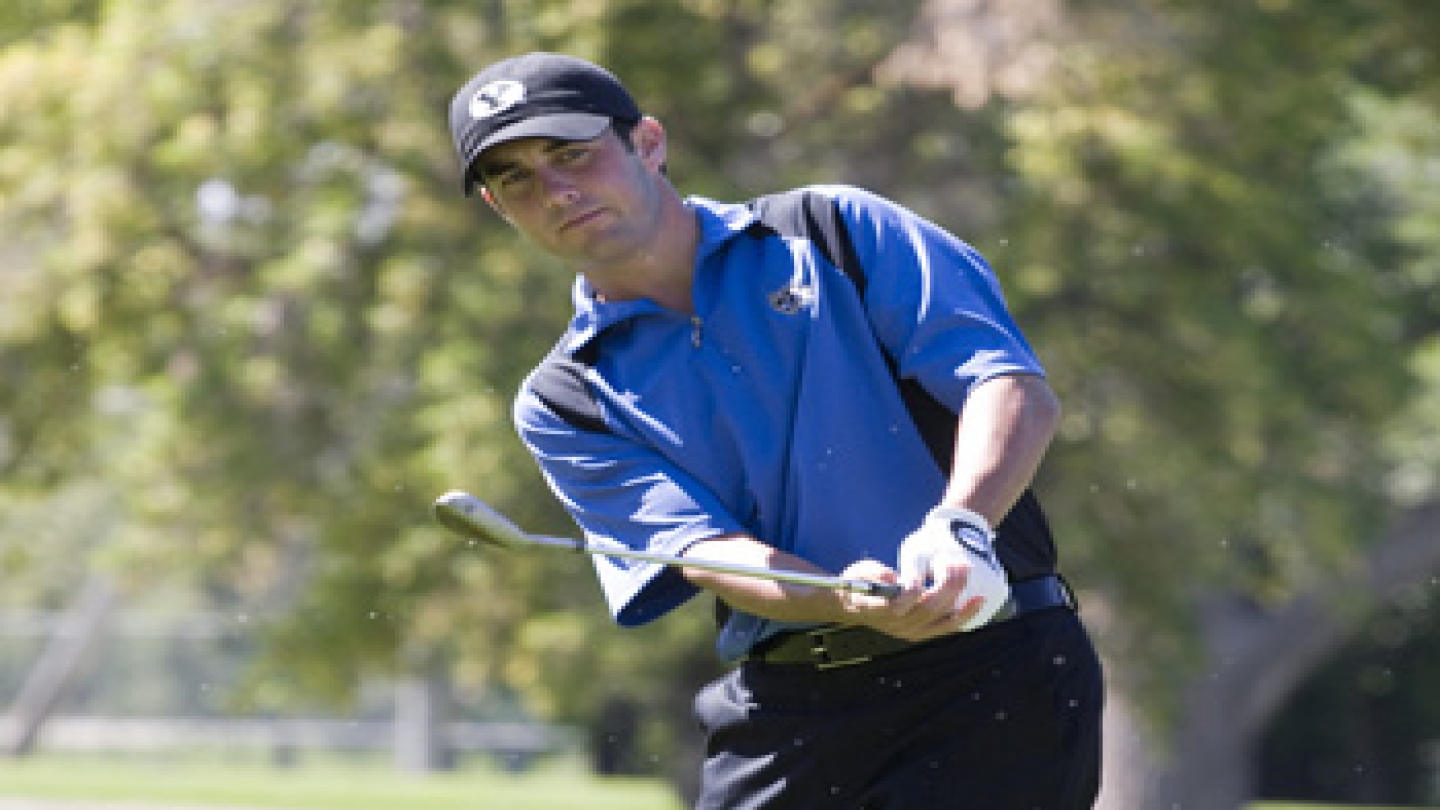 TUSCON -- A strong two-over-par performance by senior leader Nick Killpack helped the BYU men’s golf team solidify a final position of No. 13 in the PING Arizona Intercollegiate on a sunny Tuesday afternoon.

After the second round was cut short Monday night due to darkness, the team was enjoying a solid performance across the board as three players finished at even-par. However, the Cougars got off to a rough start in the third round and failed to advance any spots forward in the 17-team field and ended the tournament at 39-over-par.

“We came down expecting to play well and we were doing okay until the third round,” head coach Bruce Brockbank said. “It was frustrating because we would have a few good holes here and there, but follow them with double-bogeys on the next hole.”

Killpack finished the tournament at 8-over-par overall after finishing the second and third rounds at 2-over-par, good enough for a tie at No. 27 in the field of 92 golfers. He scored two eagles on separate par-5 holes and also had two birdies to go along with two bogeys.

Junior Brady Johnson played a solid tournament, finishing at No. 44 individually as he completed the final round at 11-over-par. He was able to make two birdies on the day with three bogeys.

Robbie Fillmore, who went into the tournament with the team’s lowest scoring average, struggled in the final round as he finished at 14-over par after a +8 third round. He managed to make two birdies in the final round with two bogeys and three double-bogeys as he tied teammate Jordan Hammer for the No. 58 spot.

“We’ve just got to learn to play better,” Brockbank said. “Our best players struggled a bit this week in practice and had a hard time in the tournament.”

Hammer led the team going into the final round at 4-over-par, but slipped a few spots after struggling in the final round. Sophomore Esteban Calisto finished the tournament on a strong note with a 5-over-par performance.

"We had our ups and downs, but now we need to be focused and put in a lot of work," Brockbank said.