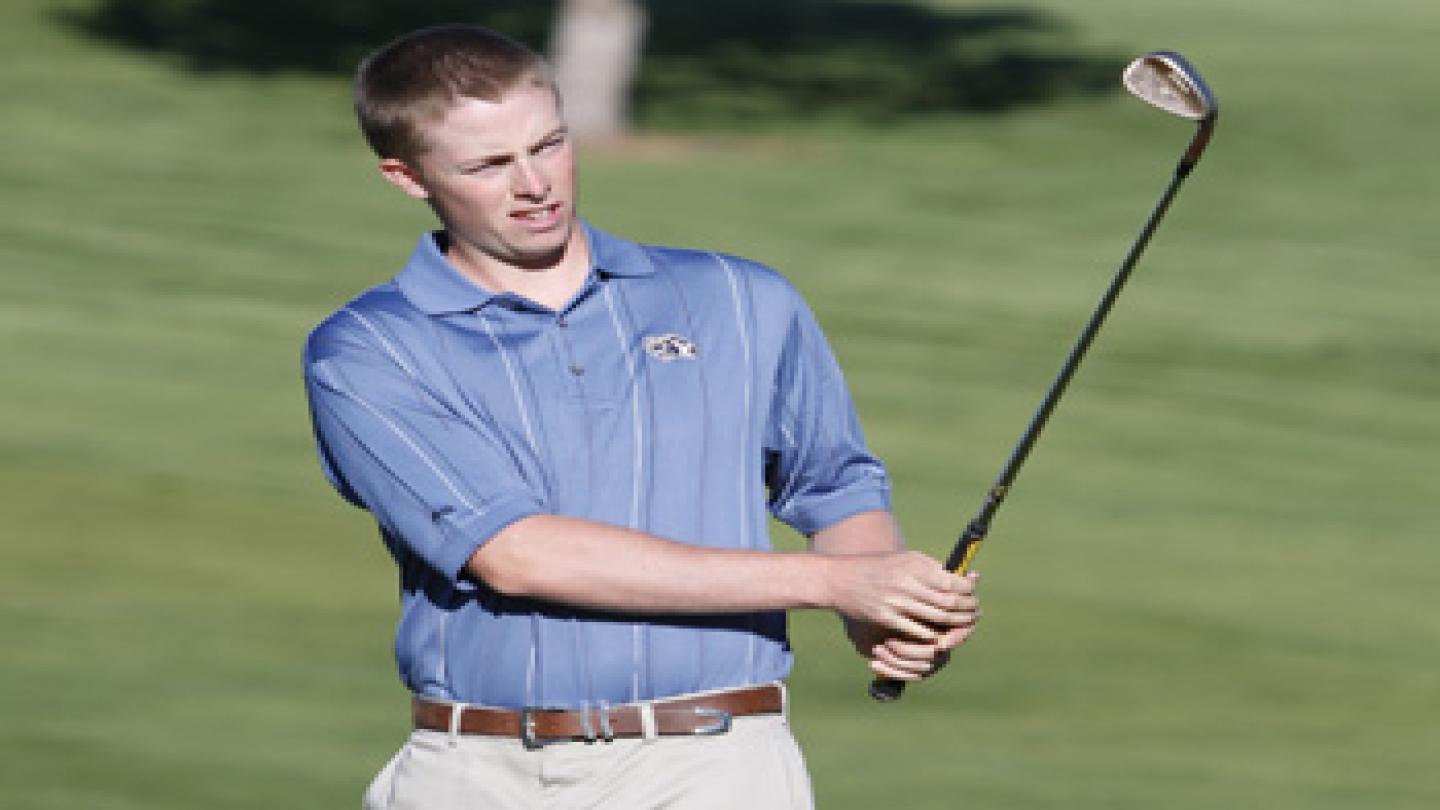 STOCKTON -- Eyeing a chance to win its first tournament of the Fall 2008 season, the BYU men’s golf team fell a little bit short as they settled for a 6th-place finish at 13-over-par at the Pacific Invitational.

Ranked teams Kansas State (49) and UC Davis (15) proved worthy of their mettle by finishing at the top of the field at +1 and +4, respectively. Rice, Fresno State, and Oregon finished just a few strokes lower than the Cougars.

Junior Brady Johnson played a nice final round as he shot one-under-par 70 to finish the tournament tied for ninth place at one-over-par overall. He was consistent throughout the tournament, ending the first round at even-par. He made three birdies and two bogeys on the day, going from 17th place to 9th place.

Fellow junior Robbie Fillmore also proved to be consistent throughout the three rounds at Brookside Country Club. He ended the final round at two-over, but had solid first and second rounds by finishing at even-par and one-under, respectively. He completed the tournament tied with Johnson for 9th place, making three birdies and five bogeys on the final day.

Nick Killpack, a senior from St. George, ended the tournament tied for the No. 23 spot at 5-over-par after completing a difficult third round of which he finished at 4-over-par 75. After making three birdies and three bogeys, the No. 16 hole proved difficult as he shot a double-bogey.

Freshman Jordan Rodgers had a positive finish to his second collegiate start, ending at the No. 27 spot at 6-over-par. Both Rodgers and Killpack slipped a few spots after strong second rounds. Rodgers did make two birdies for the final round of play.

Ecuador native Esteban Calisto also played in the tournament and finished at No. 55 at 17-over-par after playing difficult second and third rounds. He suffered six bogeys and one double-bogey.

The team will have the winter months off to practice and prepare for the important tournaments in the late winter and spring of 2009.

For complete results of the Pacific Invitational, please visit golfstat.com.