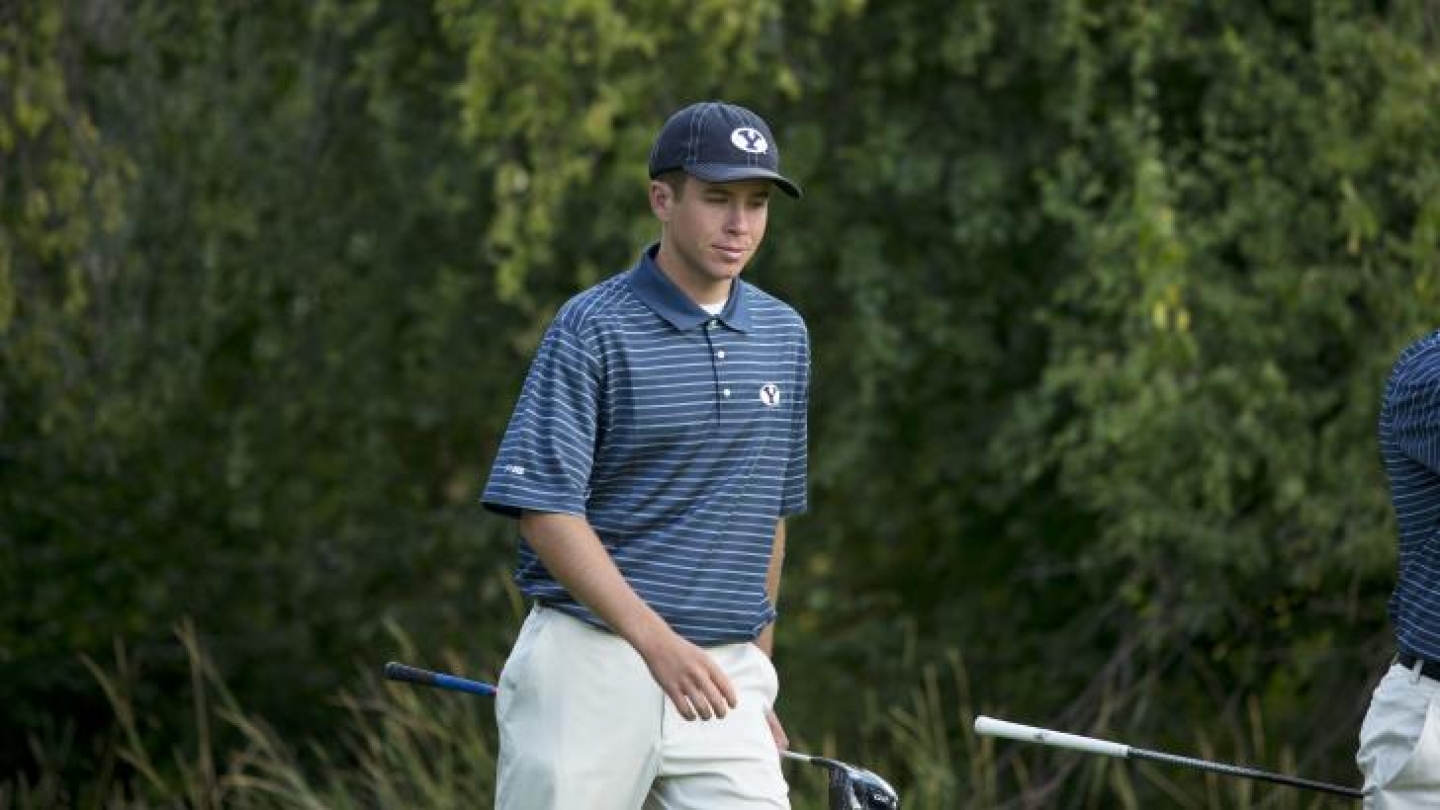 PAUMA VALLEY, Calif. -- Justin Keiley shot a final round 72 (+1) to win the Triumph at Pauma Valley by one stroke and lead BYU to a second place finish on Tuesday.

With four Cougars finishing in the top five, BYU shot a final round 287 (+3) and finished the tournament at 11-over-par. West Coast Conference foe San Francisco edged the Cougars by two strokes to win the tournament at nine-over-par, while third place UC Riverside finished in third at 50-over-par.

"Justin sure played great to get his first college win," BYU head coach Bruce Brockbank said. "It was awesome. It was just so impressive to watch a kid start maturing and making better choices, and then how he handles adversity; he’s just made such great strides that way. To get a win on this golf course - the toughest we play all year - makes it a great win."

Keiley made birdie on holes 1, 4 and 7 during the third round and finished the tournament with seven straight pars to defeat runners-up Jobim Carlos and Cory McElyea of San Francisco by one stroke. Keiley's second round 68 (-3) helped solidify his first individual tournament title of his collegiate career.

"If you asked me two years ago I don’t think I would be in this position," Keiley said. "I usually putt pretty well on fast greens and I liked these greens. I just saw my line and hit it and made a lot of putts."

Senior Zac Blair, sophomore Devon Purser and freshman Joe Parkinson all finished the tournament at five-over-par and tied for fifth place on the individual leaderboard. Parkinson shot his best round of the tournament, birdying three of the final four holes to finish with an even-par 71. His fifth place finish is the best of his young collegiate career, and third top-20 finish of the season.

"Our guys, the way they finished was awesome," Brockbank said. "It wasn’t even close until our guys started really fighting and when you come down to the wire that’s how you win. We just came up a little short, so you've got to hand it to the guys even though second place wasn’t what we wanted."

The Cougars return to action March 21-23 as they compete in the Desert Shootout in Goodyear, Ariz. Live stats from Palm Valley Golf Club can be followed at golfstat.com.