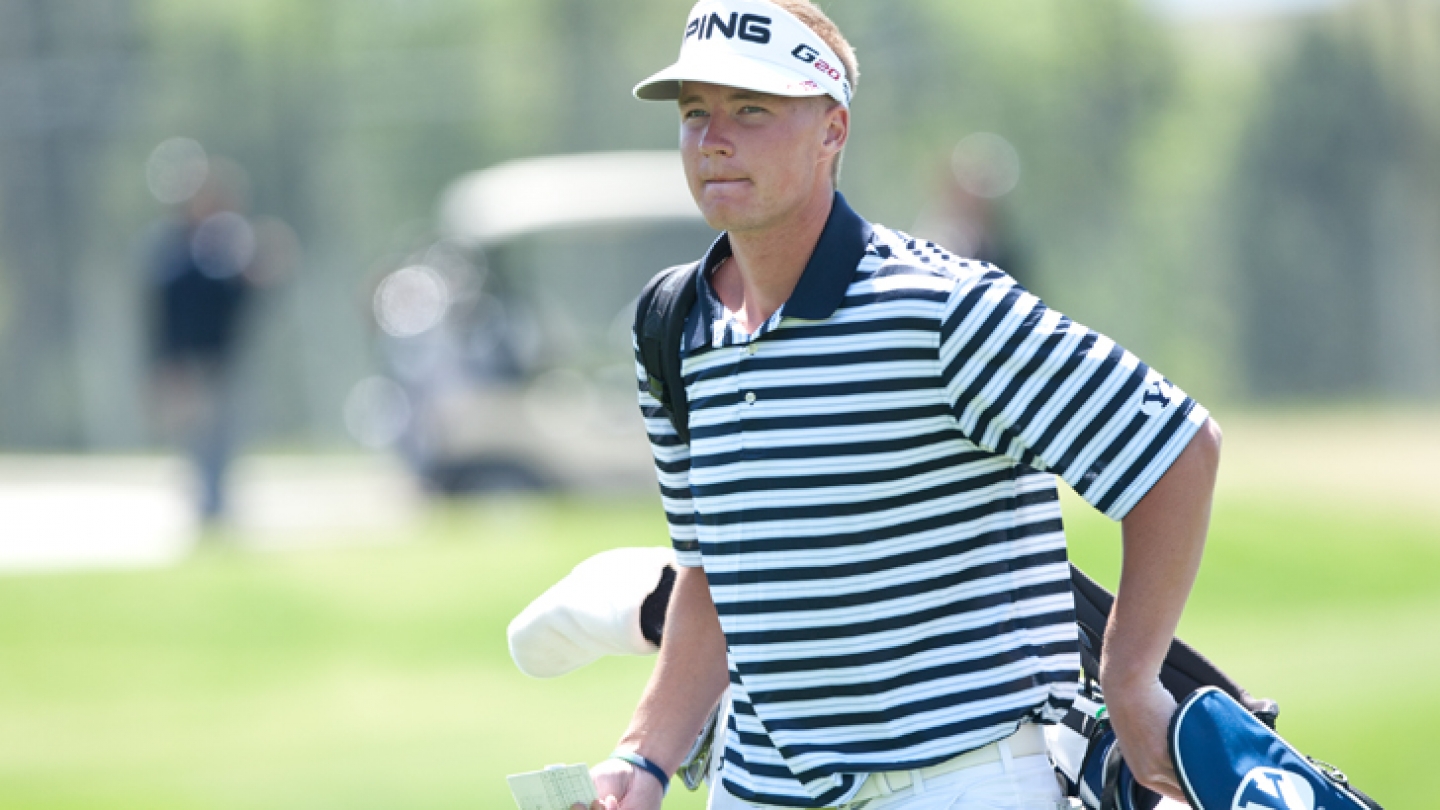 Under windy conditions at Meadow Club Golf Course, the Cougars shot a 1-over 285 on the day combining for an 844 two-day tournament score. They were followed by No. 24 San Diego State with an 850 total while No. 25 Oregon finished the tournament in 11th place and a 858 score. Host Cal, ranked no. 1 nationally, won the Invitational shooting an 11-under 273 on the last day of competition. West Coast Conference foe San Francisco finished second with an 826 score.

“We had a solid finish and had a lot of positives in this tournament,” said BYU head coach Bruce Brockbank.  “Cal played like its national ranking and our guys hung with them for the first two rounds.”

Cougar senior Zac Blair, who started the day tied in fourth, improved his place by one with a 3-under 68 final round, and a 203 overall total that put him tied for third place with Cal’s Joel Staiter who also had a 3-under 68 on the final day.

“Zac played awesome and he was solid throughout the entire tournament, “ added Brockbank.  “Devon Purser also had a good day getting his best round today.”

Justin Keiley ended the tournament in a tie for 26th place with a combined 214 total score including a 3-over 74 final round.

Teammate Adam Tebbs also had a 3-over 74 final round placing him in a three-way tie for 45th place with a player from San Diego State and Nevada.

The Cougars have one more fall tournament scheduled. They will compete in the Pacific Invitational at Stockton, Calif., beginning Oct. 29.