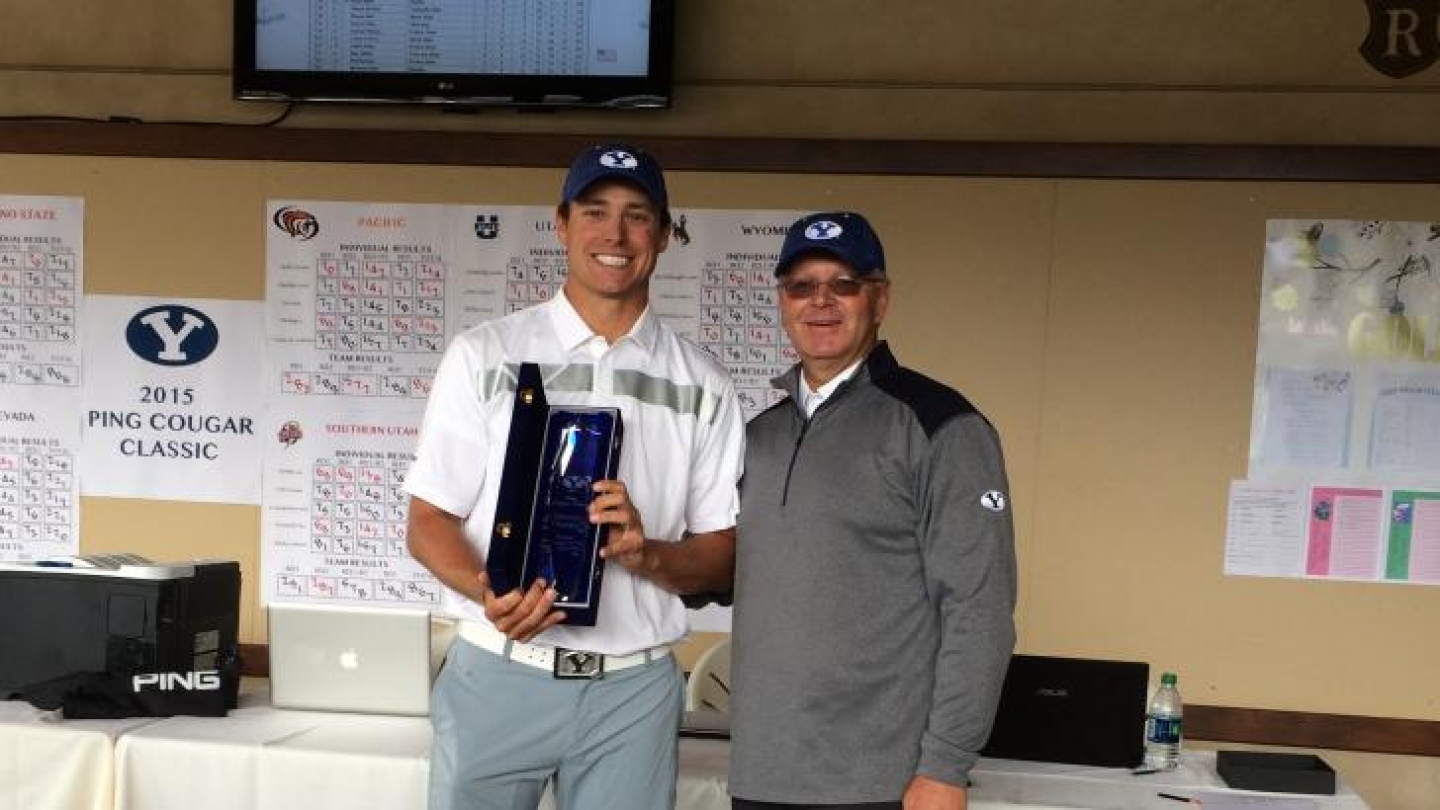 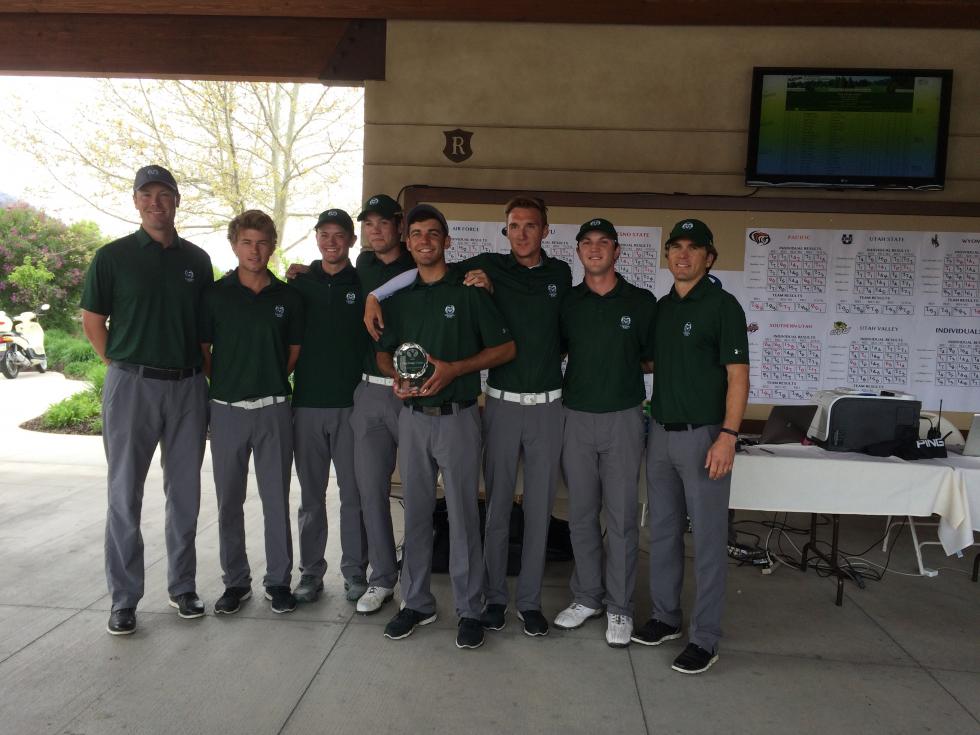 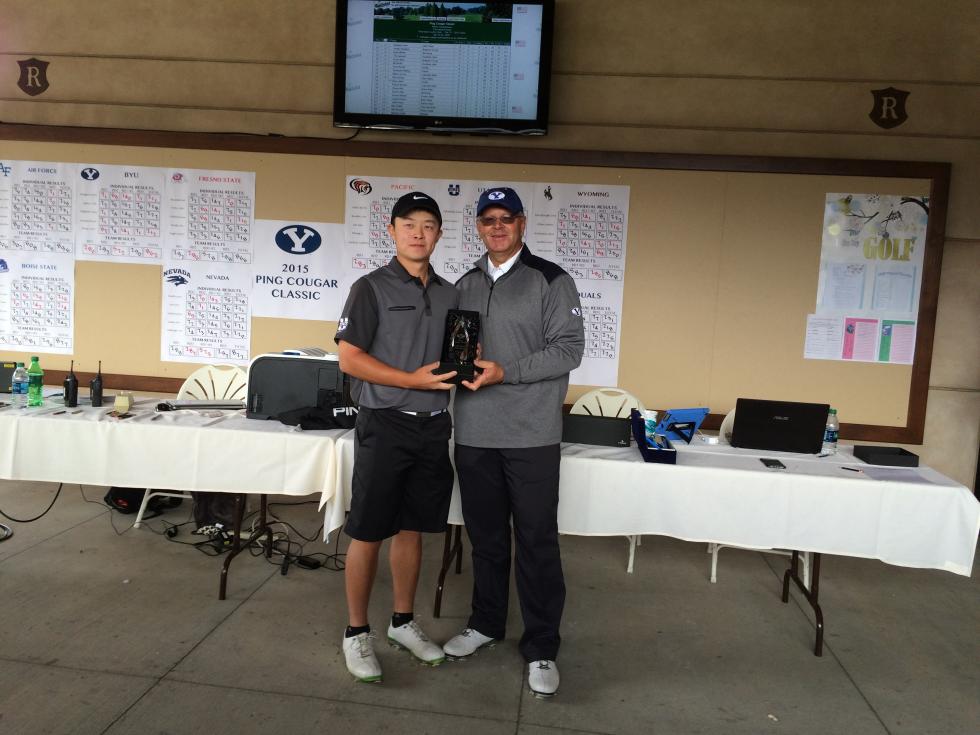 PROVO, Utah – Jordan Rodgers won the individual title at the PING Cougar Classic on Saturday. As a team, BYU men’s golf finished in third place in the tournament.

Rodgers and Seokwon Jeon from Utah State finished the third round in a tie for first place. The two players shot a playoff round to determine the winner. Rodgers birdied the second playoff hole to win his last tournament of his career.

“It feels good to win,” Rodgers said. “This is my third event at the Cougar Classic, and I expected to play well. I was a bit nervous in the playoff rounds. The first round was not great for me, but in the second round, I hit it right down the middle. I missed my first putt, but I was able to pull it out. Hopefully this isn’t the end of my season and I’ll make it to the postseason. But for now, I’m ecstatic that I won.”

Third place went to Wyoming’s Ryan Wallen in a scorecard playoff. He birdied 16.

"I'm happy with how our team finished the season," BYU head coach Bruce Brockbank said. "It was great to see Jordan win the last tournament of his career. I'm proud of the way he played this weekend. We will miss the leadership of our three seniors, but I am excited about the young talent on this team and the future of our program."

Freshman Austin Banz shot a career-high 67 in the first round to tie for third place (-4), his highest career finish in a tournament. Just outside of the top 20, Zach Pritchard tied for 25th after shooting three-over-par. He tied his career-low of 71 in the first round.

Shooting six-over-par, Tommy Higham dropped to a tie for 36th (+6) after shooting 77 in the third round. Rounding out the team, senior Cole Ogden tied for 49th place and shot 12-over-par.

The Cougars had three people playing as individuals in the tournament. Mike Jurca had the highest finish of those three, tying for 21st (+2). Dalton Stanger tied for 28th, shooting four-over-par. CJ Lee shot nine-over-par to take sole possession of 48th place.

BYU now awaits potential individual invitations to the NCAA Regionals on May 16-18.