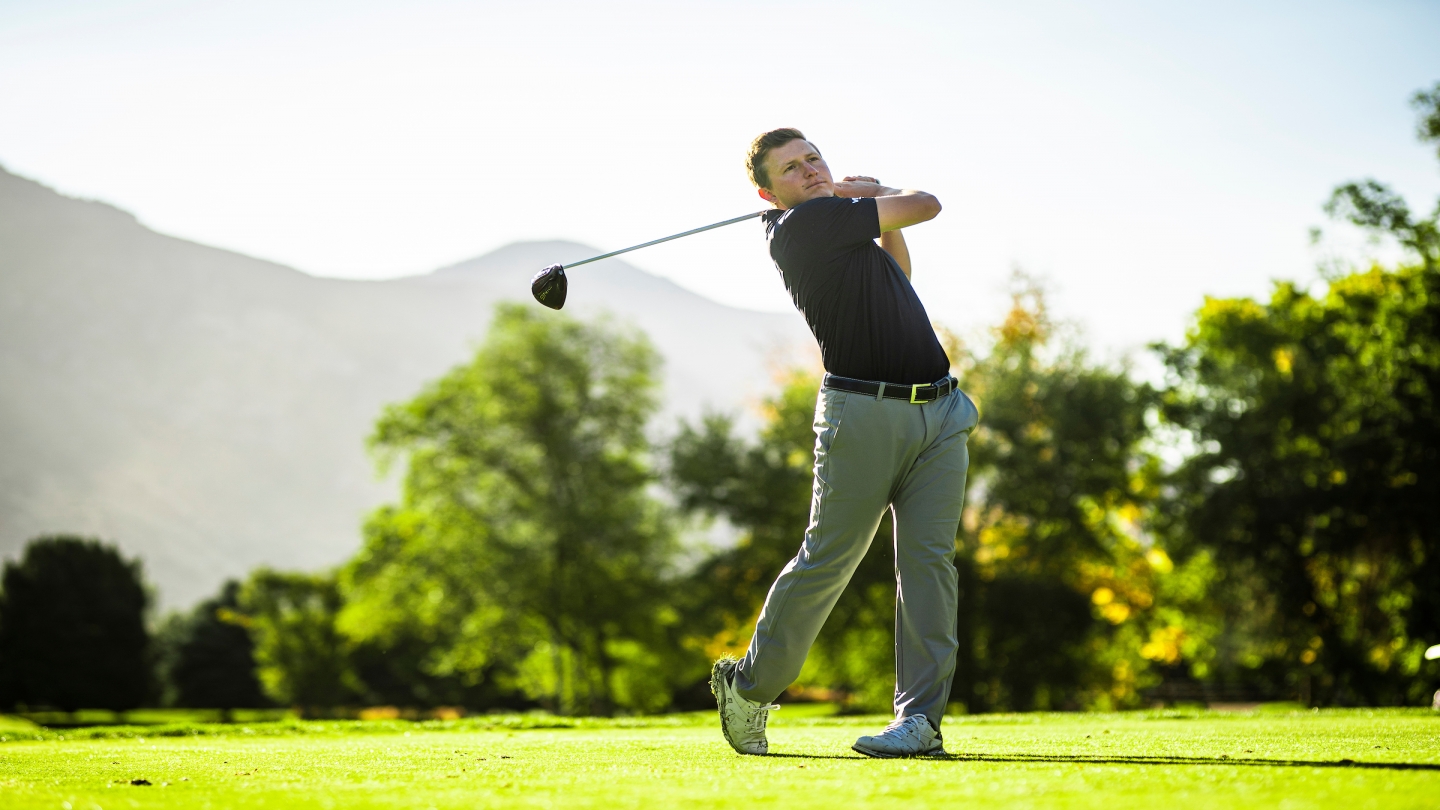 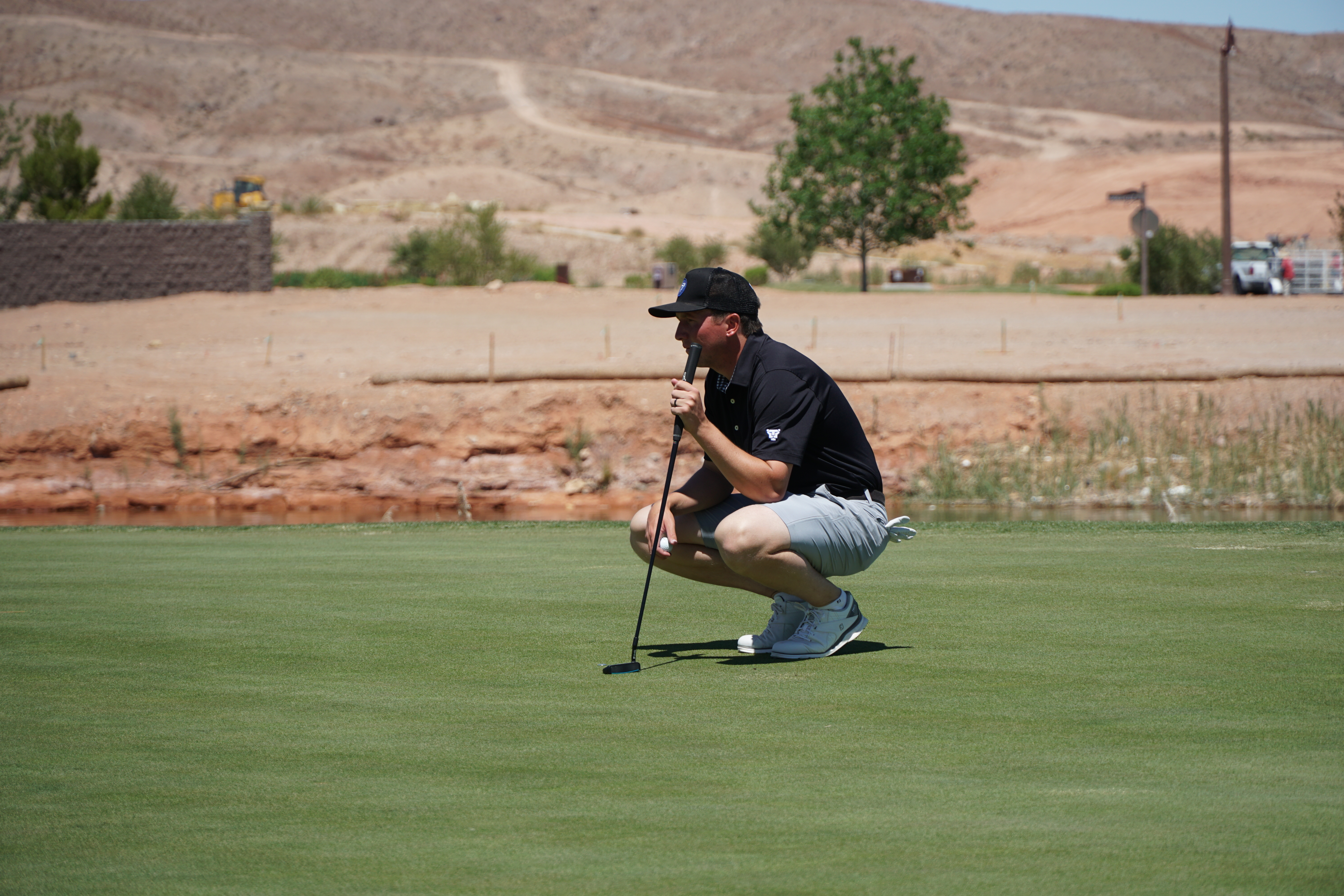 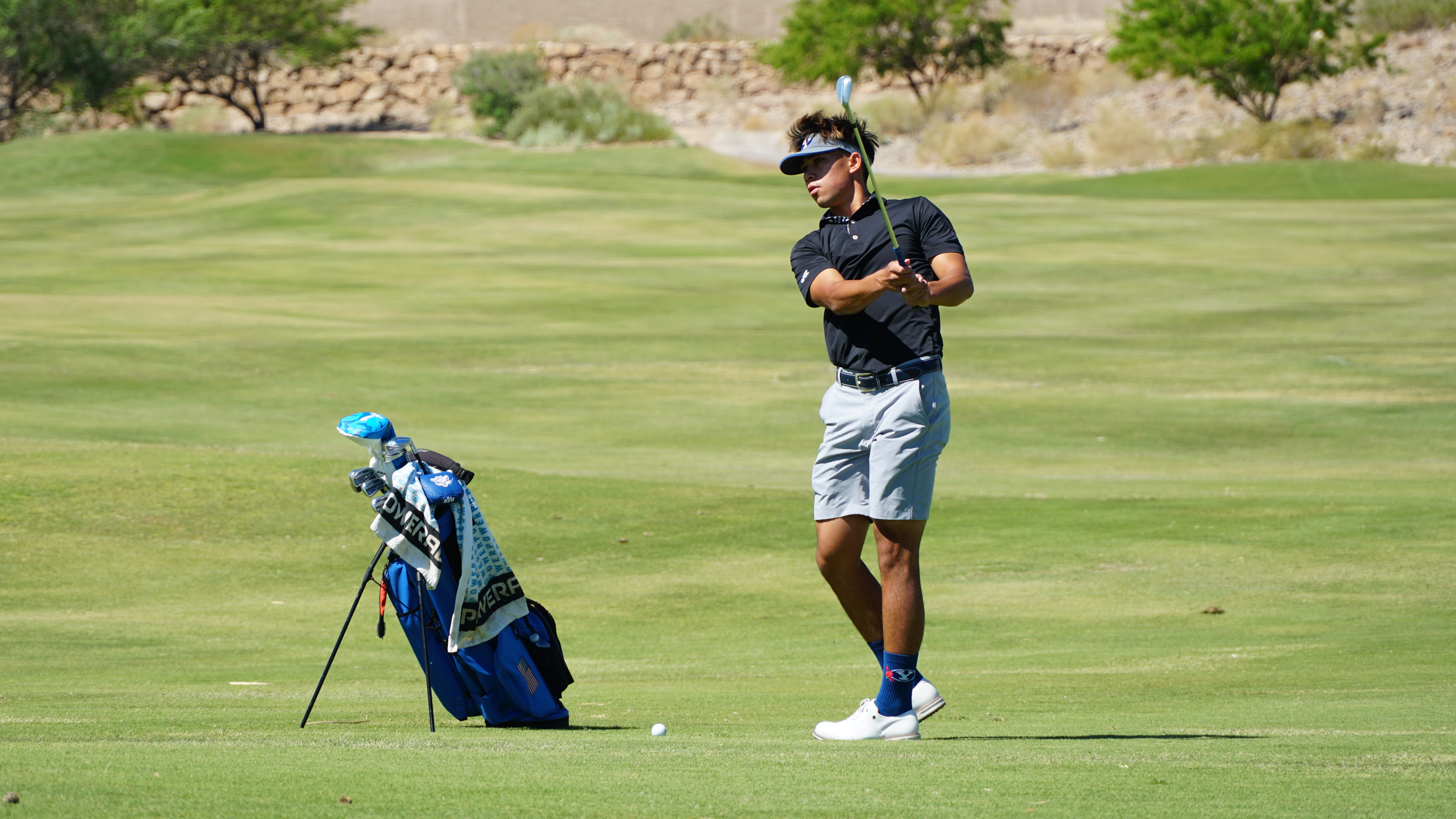 HENDERSON, NEV. – Kelton Hirsch carded an opening round 5-under 67 to lead BYU men’s golf to an 11-under 277 in the first round of the WCC Championship at Reflection Bay Golf Club.

Hirsch, Carson Lundell, Keanu Akina and Cole Ponich posted the top scores of the day to lead the Cougars into second place, eight shots behind No. 8 ranked Pepperdine who had an opening round 19-under 269. BYU is one shot ahead of No. 25 San Francisco who is third at 278.

“Kelton’s 31 on the back nine was huge for the team,” said BYU head coach Bruce Brockbank. “Carson continues to play great golf and a 70 from Keanu really helped us as well.”

Hirsch eagled the par-5 14th hole to go with four birdies for an opening round 67. The senior from Centerville, Utah heads into the second round tied for third, just one shot back of co-leaders Tim Widing of San Franciisco and Gavin Cohen of LMU who shot 66 to lead the field of 45 individuals.

Lundell made four birdies on the back nine to finish day one with a 4-under 68. He joins Hirsch in the top-10 of the individual standings with a tie for seventh. The junior from Alpine, Utah has now posted scores in the 60s in four consecutive rounds.

Akina gave the Cougars a strong start with three birdies on the front nine and nine-straight pars on the back to card a 2-under 70 and tie for 11th.

Cole Ponich shot an even-par 72 and David Timmins posted a 78 to complete the Cougars' scoring on Thursday.

BYU will continue its battle for the WCC Championship at 8:40 a.m. PDT on Friday, April 30. Follow the scoring with live updates on Golfstat.

WCC Championships Round One Top-5 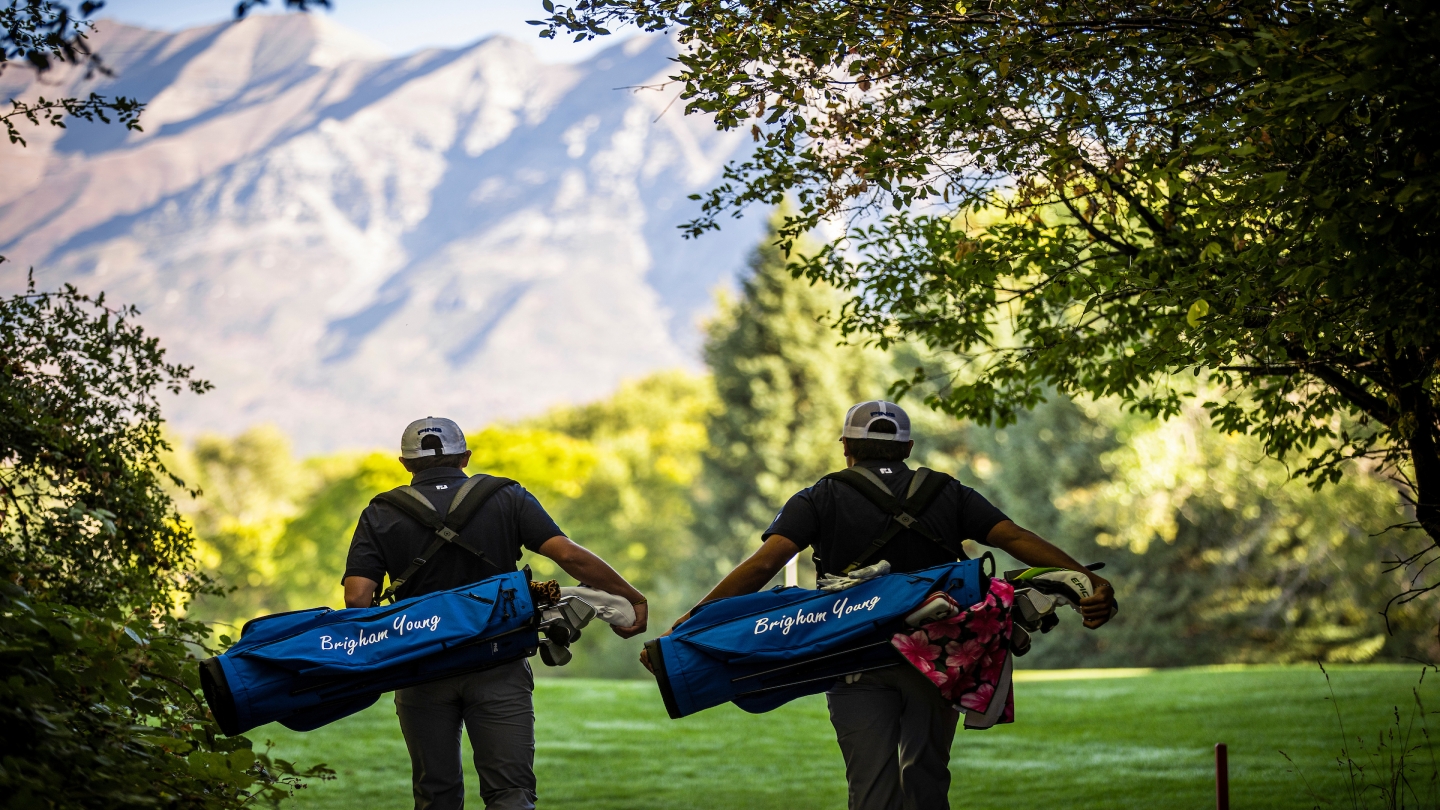 The 54-hole tournament consists of one round of play each day Thursday-Saturday.

The Cougars will tee-off in the second wave off the first tee with Loyola Marymount and Santa Clara at 7:50 a.m. PDT on Thursday. Live stats from Reflection Bay Golf Course is available through Golfstat.

BYU is coming off back-to-back top-5 tournament finishes at the Western Intercollegiate on April 12-14 and the PING Cougar Classic on April 23-24.

Highlighting the team’s recent successes are two-straight first-place finishes from Carson Lundell. The junior from Alpine, Utah tied a season-low 54-hole score of 203 at last week’s Cougar Classic and is currently ranked No. 107 in Golfstat’s top-250 player poll.

Hirsch, a senior from Centerville, Utah, has made the Cougars’ lineup in eight of nine tournaments this season.

Ponich, a sophomore from Farmington, Utah posted his fourth top-15 finish of the season with a three-round score of 6-under 210 at the Cougar Classic.

While just a sophomore, Timmins is the only player to have joined Lundell in the lineup for all nine of the team’s tournaments this season.

Akina, a freshman from Kahuku, Hawaii, will compete with the team’s starting lineup for the third time in his first season as a Cougar.

BYU faces a challenging road to a conference title at the WCC Tournament. The Cougars will take-on one of the nation’s top teams in No. 7 Pepperdine. The Waves have won three tournaments this season including the Western Intercollegiate. Pepperdine boasts eight players currently ranked in the Golfstat top-250.

No. 28 San Francisco, who is one of hottest teams in the country, is also expected to contend for the title. The Dons clinched their fourth tournament win in six events this season with a victory at the Cougar Classic. Lundell tied with San Francisco’s Tim Widing for the Cougar Classic individual title, while BYU finished third as a team.

BYU at the WCC Championship

*Inaugural Season in the WCC

^Events Canceled due to pandemic