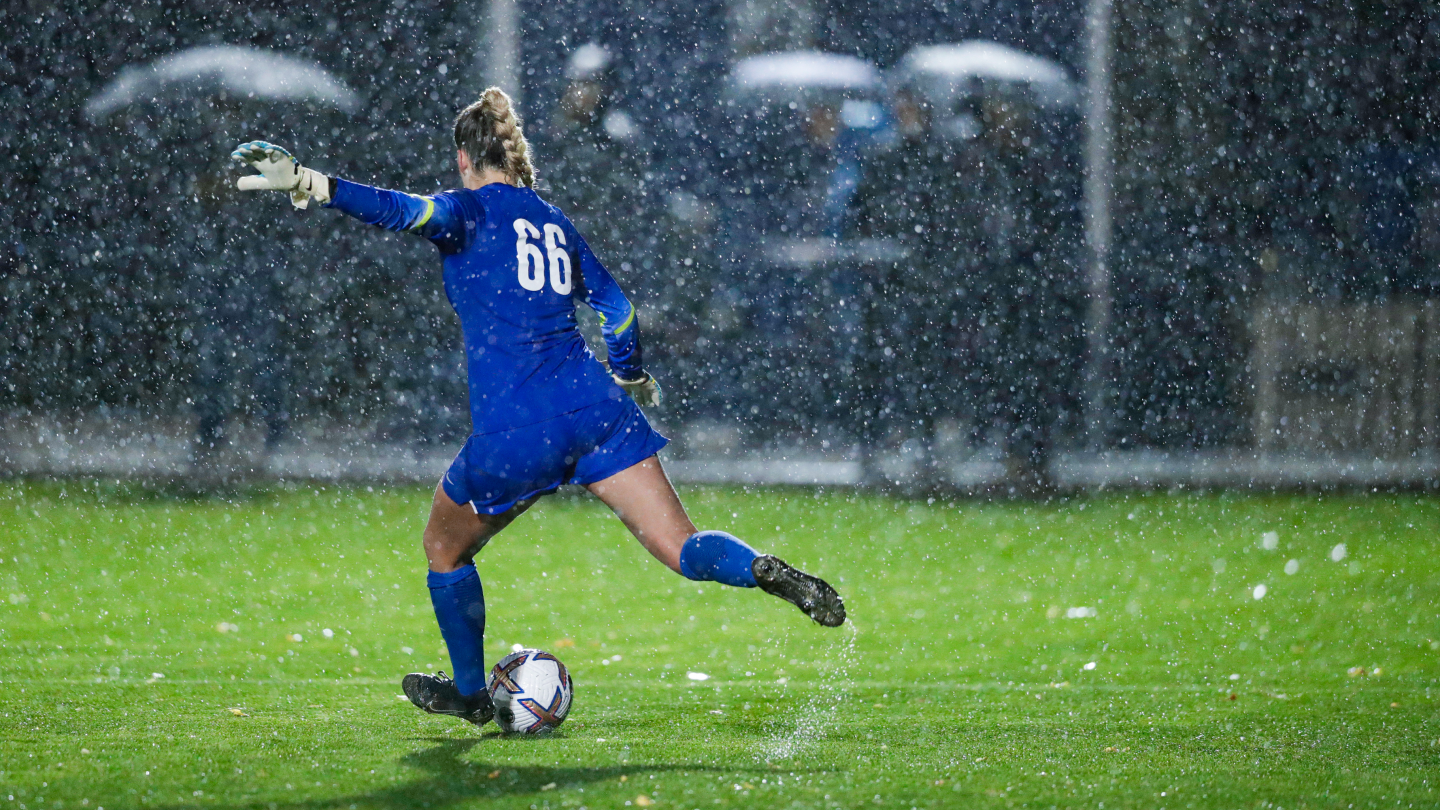 “We are a team that has an attacking mindset,” said Fryer. “Our coaches have really drilled into our heads that we need to be shooters and that we're a shooting team. I think we’ve found the confidence over the last few games to take shots and eventually they'll go in.”

BYU recorded 21 shots to Gonzaga’s seven in tonight's match. Four Cougar shots were on frame and two found the back of the net as the Cougars took down the Zags, 2-1. With the win over Gonzaga, BYU has taken sole possession of second place in the West Coast Conference and trails only Santa Clara, who will visit Provo next Saturday.

After a scoreless first half, BYU opened the scoring in the 47th minute as Brecken Mozingo served a corner into the top of the box to Folino whose header found the bottom-right corner of the net.

The Zags were quick to respond as they found the equalizer just 1:03 later as Kate Doyle scored on a shot to the bottom right corner of the net to tie the match at one with 42 minutes remaining.

BYU and Gonzaga each had opportunities to break the tie, but in the 67th minute Daviana Vaka’s cross found the foot of Fryer who scored her third goal in the last two contests. The right-footed goal would prove to be the game winner as the Cougars took home a 2-1 win over Gonzaga.

In the 12th minute, BYU dispossessed the Zags, with the ball finding the boot of Olivia Wade who rocketed a shot off the cross bar, BYU’s first scoring opportunity of the night.

After a shot from Jamie Shepherd missed wide, Gonzaga countered with a shot in the 20th minute that skipped just wide of the net eliminating a Bulldog scoring opportunity.

The Cougars earned their second corner kick in the 28th minute but weren’t able to capitalize as Gonzaga cleared to the BYU backline. BYU reset with Mozingo nearly finding the back of the net in the 30th.

The Zags threatened in the 41st minute as a cross skipped into the box with a Paige Alexander shot to the bottom left corner of the net that was saved by Savanna Mason keeping the game scoreless entering the half.

BYU began the second half with a counter that was played to Fryer who beat her defender and took a left-footed shot that was saved by the diving Gonzaga goalkeeper, giving BYU a corner kick. Mozingo served the corner into the top of the box for Folino whose header slipped by the keeper into the bottom left corner to give the Cougars a 1-0 lead in the 47th minute.

Just 1:03 later, the Zags responded with a goal of their own to equalize at one a piece.

In the 67th minute, Vaka sent a cross into the box that was dummied by Folino and found the boot of Fryer who sent it into the back of the net to take the 2-1 lead. The goal from Fryer was her sixth on the year with the assist from Vaka, her first of the year.

The Zags had a scoring opportunity in the 75th minute with a shot sent into the center of the goal that was saved by Vaka.

A yellow card was issued to Kendall Peterson in the 88th minute giving Gonzaga a free kick just outside the box that was deflected into touch for a Gonzaga corner. The corner was cleared by the Cougars who ran out the last two minutes to earn a soggy 2-1 victory over the Zags to take sole possession of second place in the WCC.

The Cougars next take the field Saturday, Oct. 29 as they host No. 1 in the WCC, Santa Clara on South Field at 7 p.m. MDT. The game will be carried live on the BYU Sports Network — BYURadio.org/BYU Radio app/BYU Radio 107.9 FM. The game will also be streamed on BYUtv and the BYUtv App.

No. 19 BYU set to play Zags on South Field 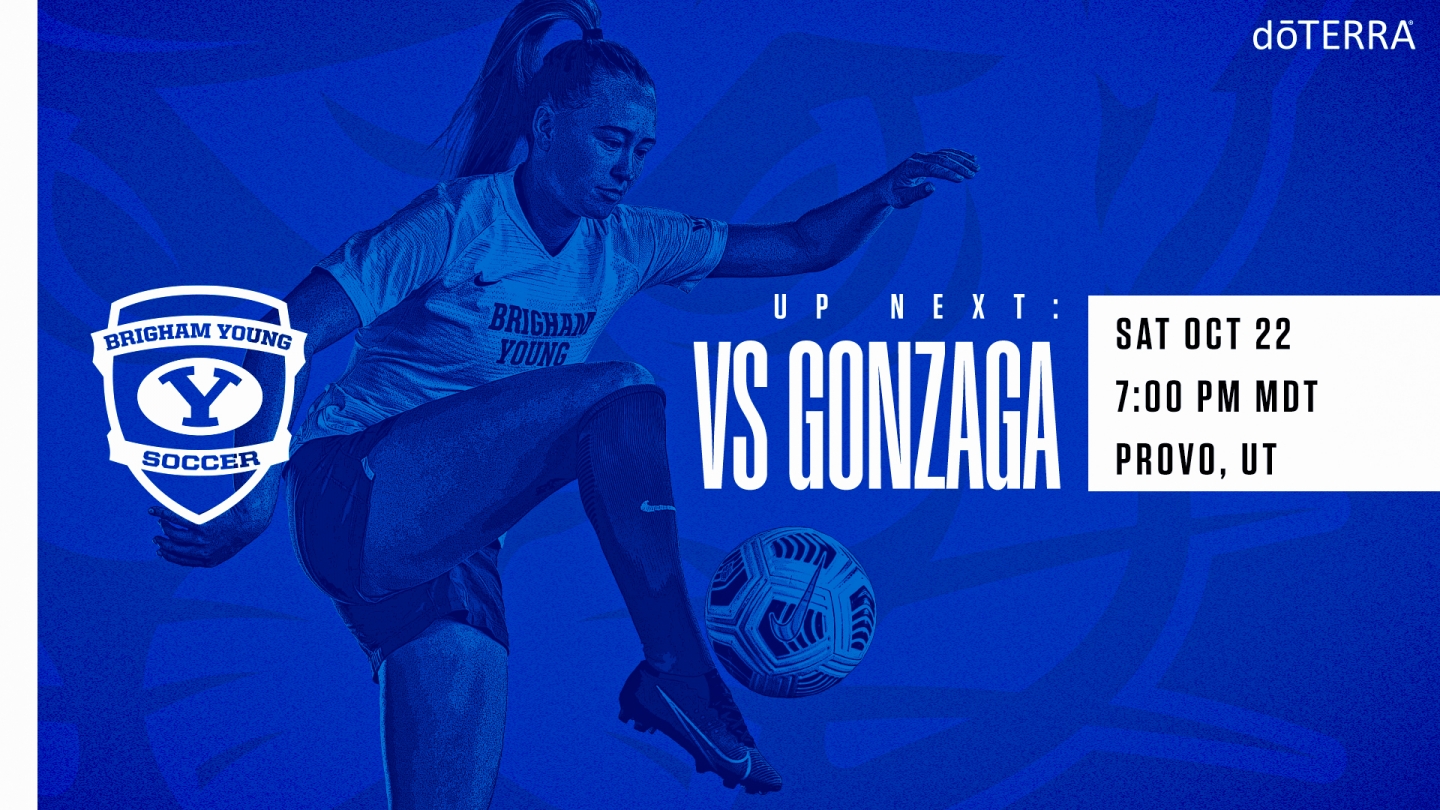 PROVO, Utah — The Cougars return to South Field to take on the Gonzaga Bulldogs on Saturday evening.

Saturday’s matchup has been scheduled for 7 p.m. MDT. The game will be carried live on BYURadio.org, the BYU Radio app and BYU Radio 107.9 FM. The game will also be streamed on BYUtv and the BYUtv App.

LAST TIME ON THE FIELD. BYU last competed in Malibu, Calif. on Wednesday afternoon for a matinee showdown with the Pepperdine Waves. Defender Olivia Smith scored the first goal of the game, her first on the season, to get the ball rolling for the Cougars. With a goal by Jamie Shepherd and a brace by freshman Allie Fryer, BYU tallied four goals to Pepperdine’s three to secure the victory.

COUGARS VS BULLDOGS. The Cougars and the Bulldogs have played 14 times previously with BYU leading the series 14-0-0. The last time the two teams met was Oct. 2, 2021 when the Cougars beat the Zags 6-1 on Luger Field. A brace by Mozingo, and goals by Rachel McCarthy, Mikayla Colohan, Bella Folino and Cameron Tucker secured the victory for BYU.