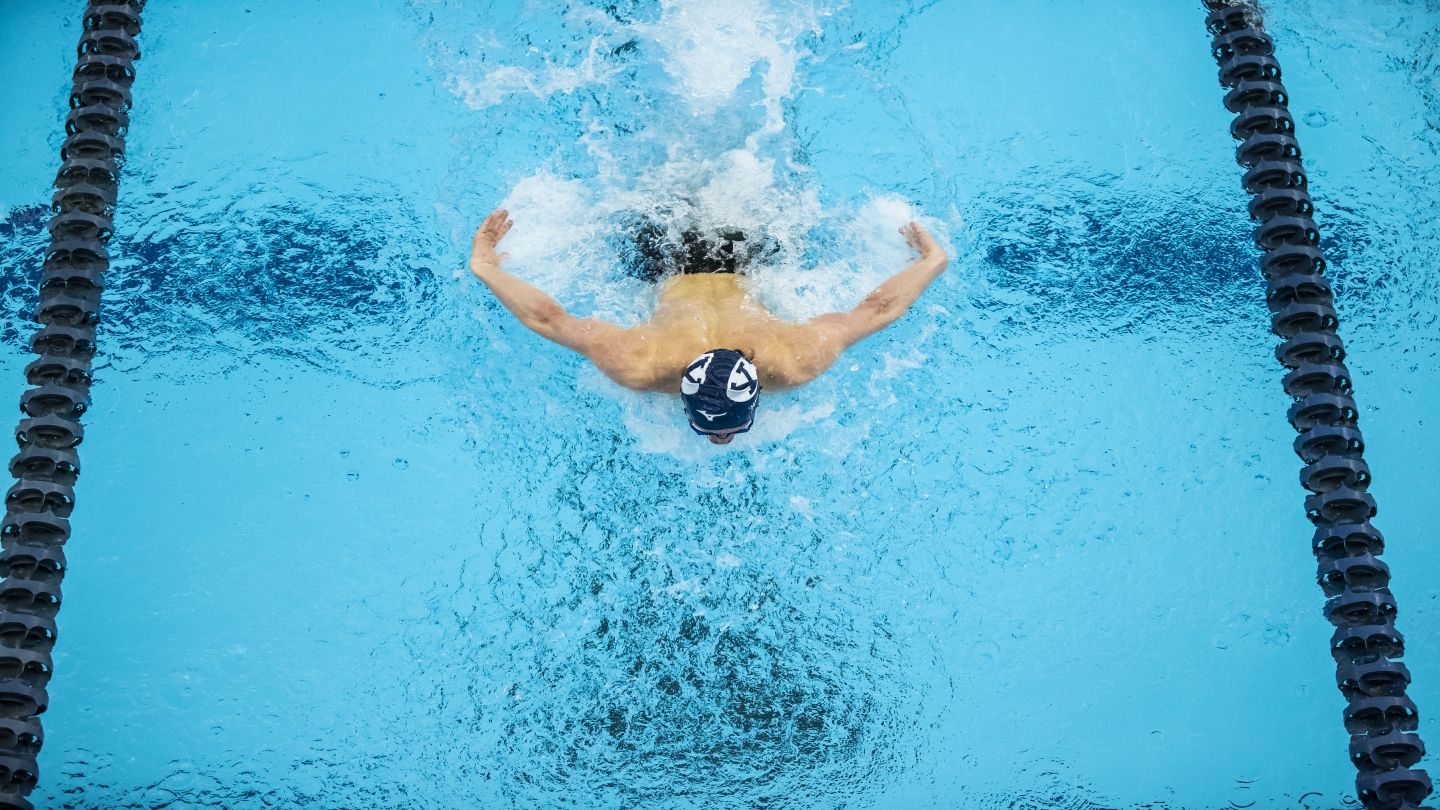 COLORADO SPRINGS, Colo. – The Cougars dominated against both Wyoming and the Air Force Academy in dual meets hosted by Air Force on Saturday, Jan. 16 in Colorado.

“That was the best performance we have had competing at Air Forces’ 7,280 feet elevation,” BYU head coach John Brooks said. “This is a tough place to swim fast and we did that.”

A team of Payton Plumb, Josue Dominguez, Javier Nicolas and Connor Stirling took the top time in the men’s 200 medley relay with a time of 1:28.54.  The four relay swimmers also went on to take the top time in their own individual events.

The women also secured top times in multiple events including both relays. A team of Brynn Sproul, Katie McBratney, Charlotte Fieeiki and Gwen Gustafson recorded a 1:41.31 in the 200 medley relay while a team of Rachel Oyler, Emma Colvin, Tahis Ibanez and Gustafson grabbed the top spot in the 200 free relay at 1:34.21.

BYU also secured wins in both diving events as Mickey Stauss finished the 3-meter with a 375.80 and Kennedy Cribbs had a 285.80 in the 1-meter.

The Cougars return home on Friday, Jan. 22 to compete against Colorado Mesa. The meet will begin at 4 p.m. MT at the Richards Building Pool.