BYU gears up for this weekend's meets in Washington and Texas 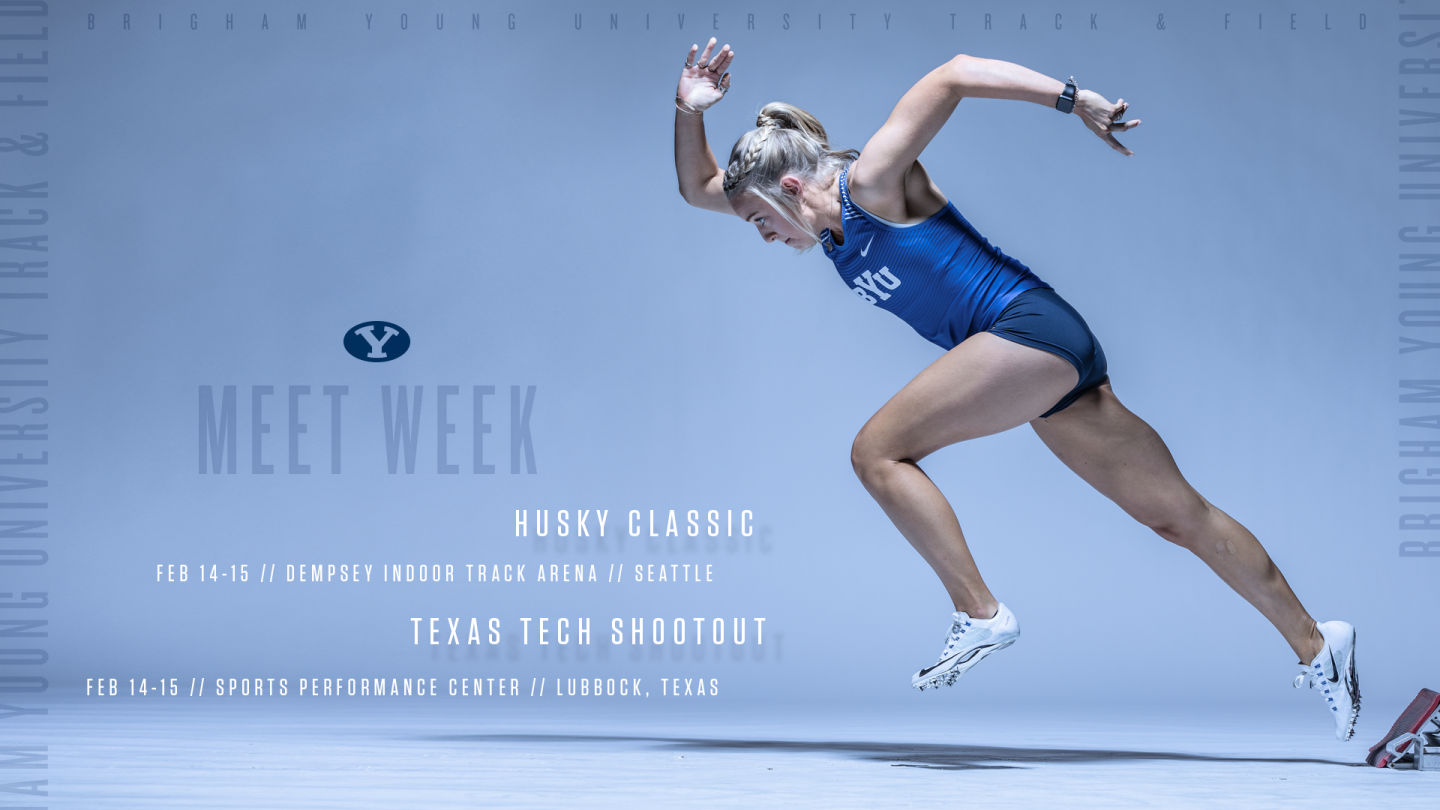 PROVO, Utah – The BYU track and field team will travel to Texas for the Texas Tech Shootout and return to Seattle for the Husky Classic this weekend. Events will begin Friday, Feb. 14, and go through Saturday, Feb. 15.

“We’re dividing and conquering this week by sending our distance squad up to Washington, while our jumpers, sprinters and throwers will travel to Texas,” BYU head coach Ed Eyestone said. “We’re excited for the opportunity to see our entire team perform well, continue to post good marks and work towards the conference championship coming up in a couple weeks.”

The distance runners recently competed at the University of Washington Invitational, where several historic performances occurred including the women’s distance medley relay school and facility record and Talem Franco’s sub-4 minute mile. Eyestone hopes that the Cougars will return for another weekend of strong performances.

Eyestone noted that many of the runners will be competing in different events. Several of the men will run the 5000 after focusing on the 3000m previously, including Jake Heslington. At the UW Invite, Heslington clocked a 10th-ranked 7:55.21 and will now prepare to run a national-qualifying time in the 5000m. Franco will also be moving up in distance to the 3000m for the first time in his collegiate career. Franco is currently ranked ninth in the country in the men’s mile.

On the women’s side, those that ran the 5000m will now concentrate on the 3000m, including All-American Whittni Orton. This indoor season, Orton has already set new school records in the mile, 5000m and women’s distance medley relay. She is currently ranked second in the mile and third in the 3000m in the NCAA.

“This weekend provides opportunities for athletes to improve on their marks, run some different distances and to give options for those that are close to qualifying for the national meet,” Eyestone said.

The rest of the event groups will travel to Lubbock, Texas, for the Texas Tech Shootout where they will compete on one of the fastest tracks in the country.

“A big group will be going down to Texas for some good competition,” Eyestone said. “This is a great meet because it’s a 200m banked track. Athletes will continue to prepare themselves for the championship meets. We expect strong performances from them and personal bests on the indoor track.”

Eyestone is looking forward to a showing from Michael Bluth and Colten Yardley in the 400m. The Cougars saw success last weekend at the Nike Boise Indoor Invite as Bluth won the men’s 400m and Yardley clocked a personal-best time (47.70).

For the short sprinters, Easton Bianchi and Jaslyn Gardner will also look to improve their marks at the Texas Tech Shootout. This season, Gardner set a school record in the 60m and is currently the highest ranked Cougar in the 60m and 200m.

Another school record breaker, Elise Romney, will be competing in the women’s pole vault with the goal to improve her potential national-qualifying mark. Romney set a school record in the pole vault (4.31m/14-1.75) and earned the No. 12 spot in the NCAA after her performance at the Nike Boise Indoor Invite last weekend.