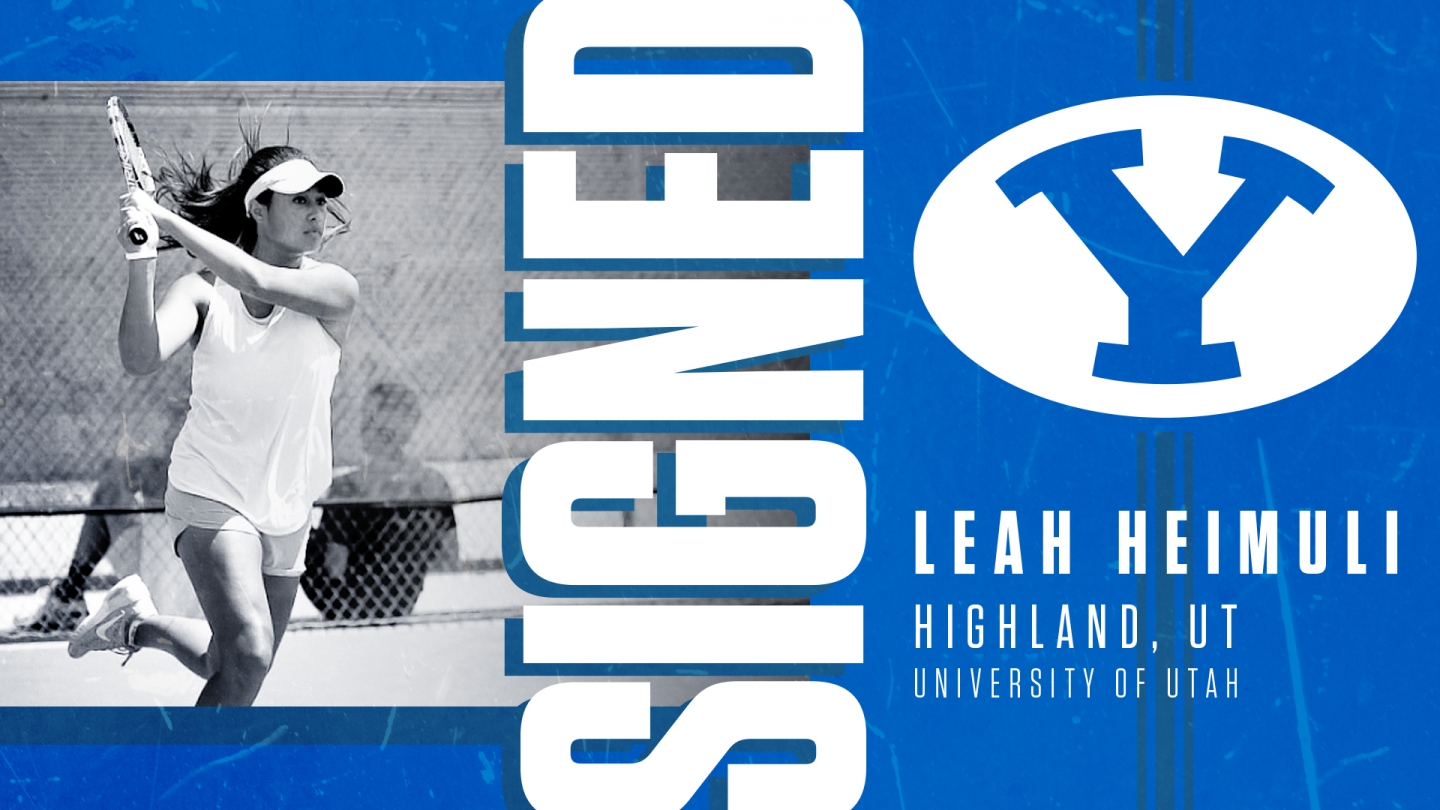 “Leah grew up in the town just next to mine, so it had been fun to watch her progress through the juniors and into an outstanding collegiate player,” Parkinson Hasler said. “ Her doubles play is especially impressive, and overall she is a hard worker looking to improve her game every time she steps on the court. We can’t wait for her to bleed blue.”

The Highland, Utah native will join the Cougars for her junior season on a full scholarship after completing her sophomore season at the University of Utah and her freshman season at BYU-Hawaii. While at BYU-Hawaii, Heimuli received multiple awards. She was named the ITA Rookie of the Year, PacWest Freshman of the Year and was an All-American doubles player.