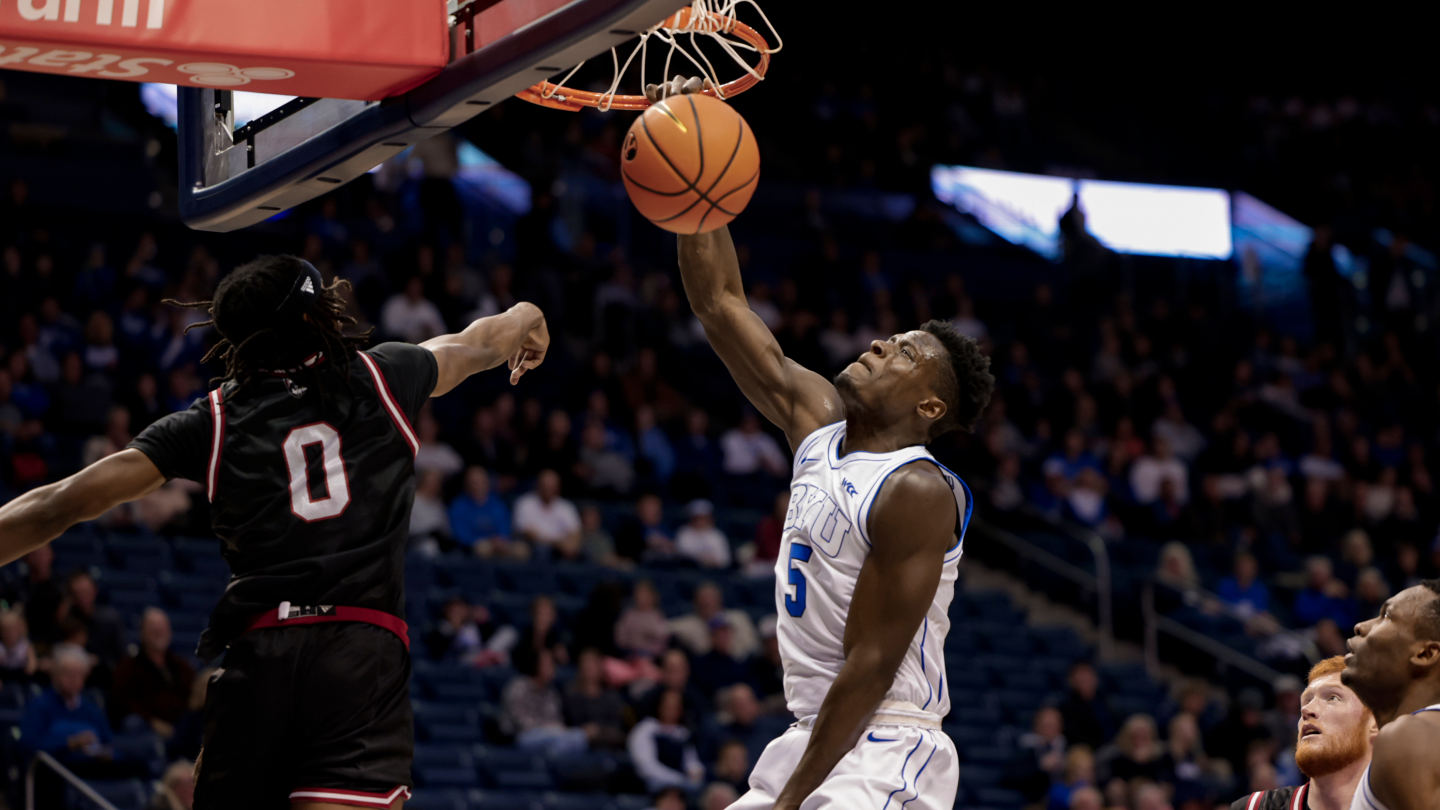 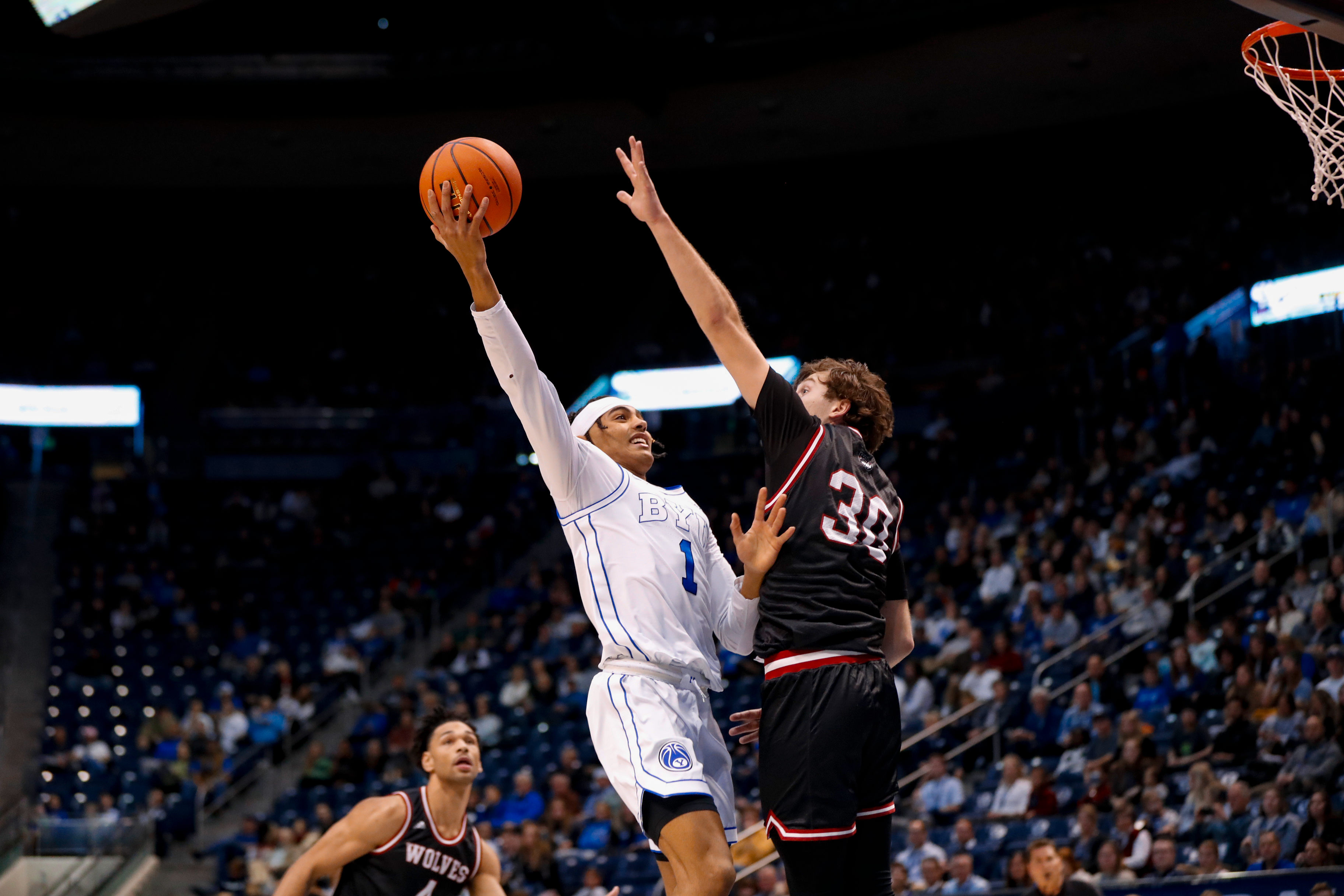 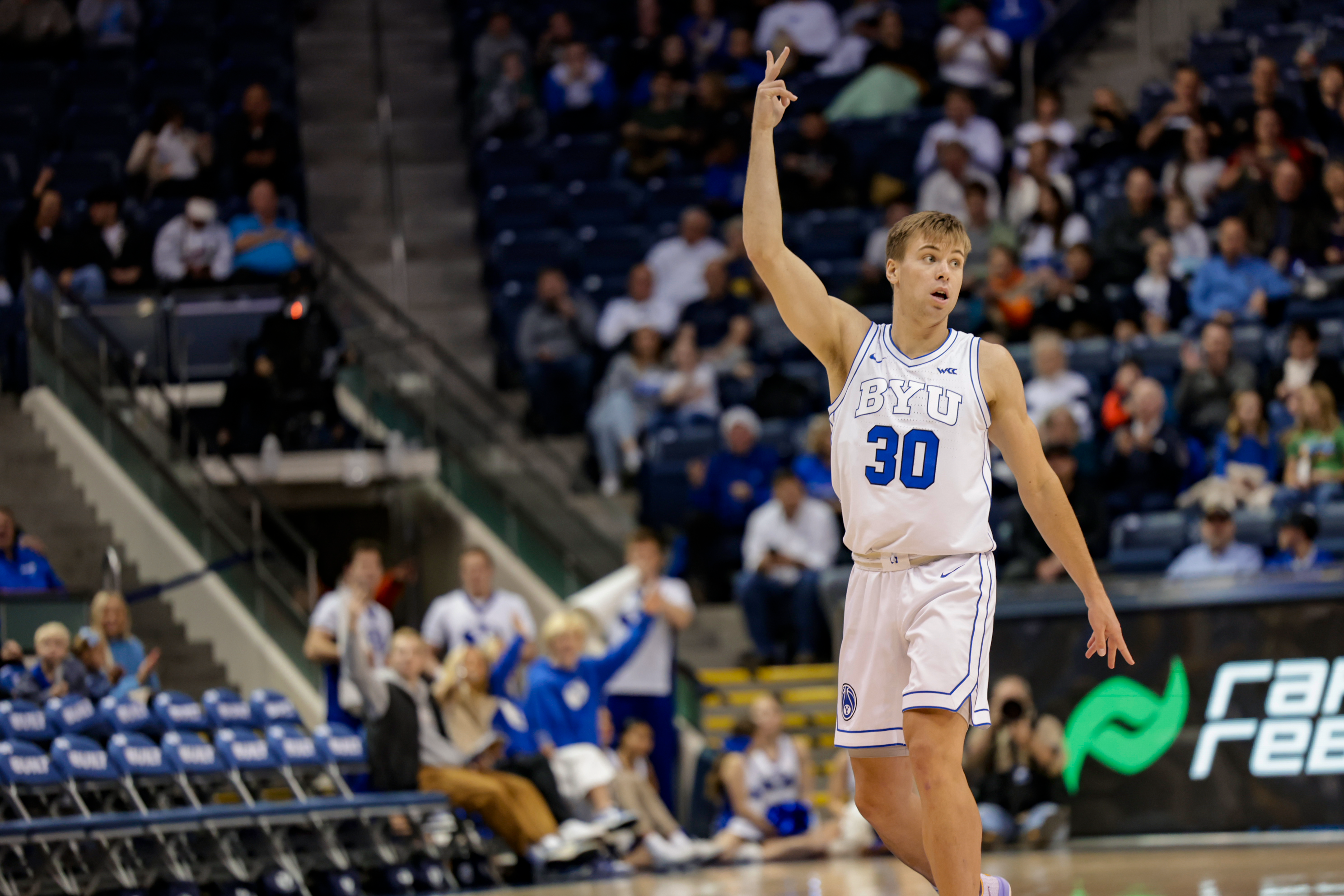 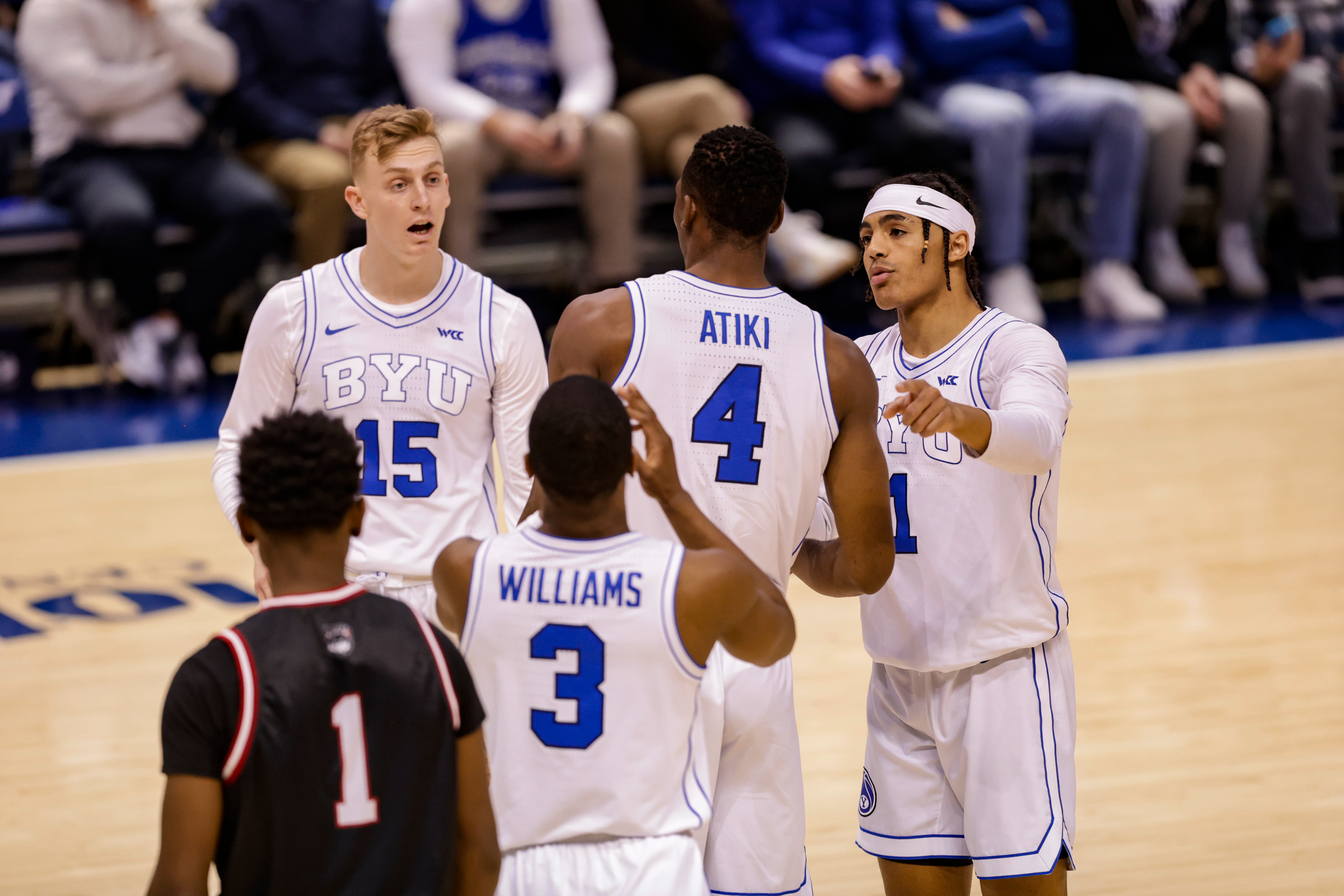 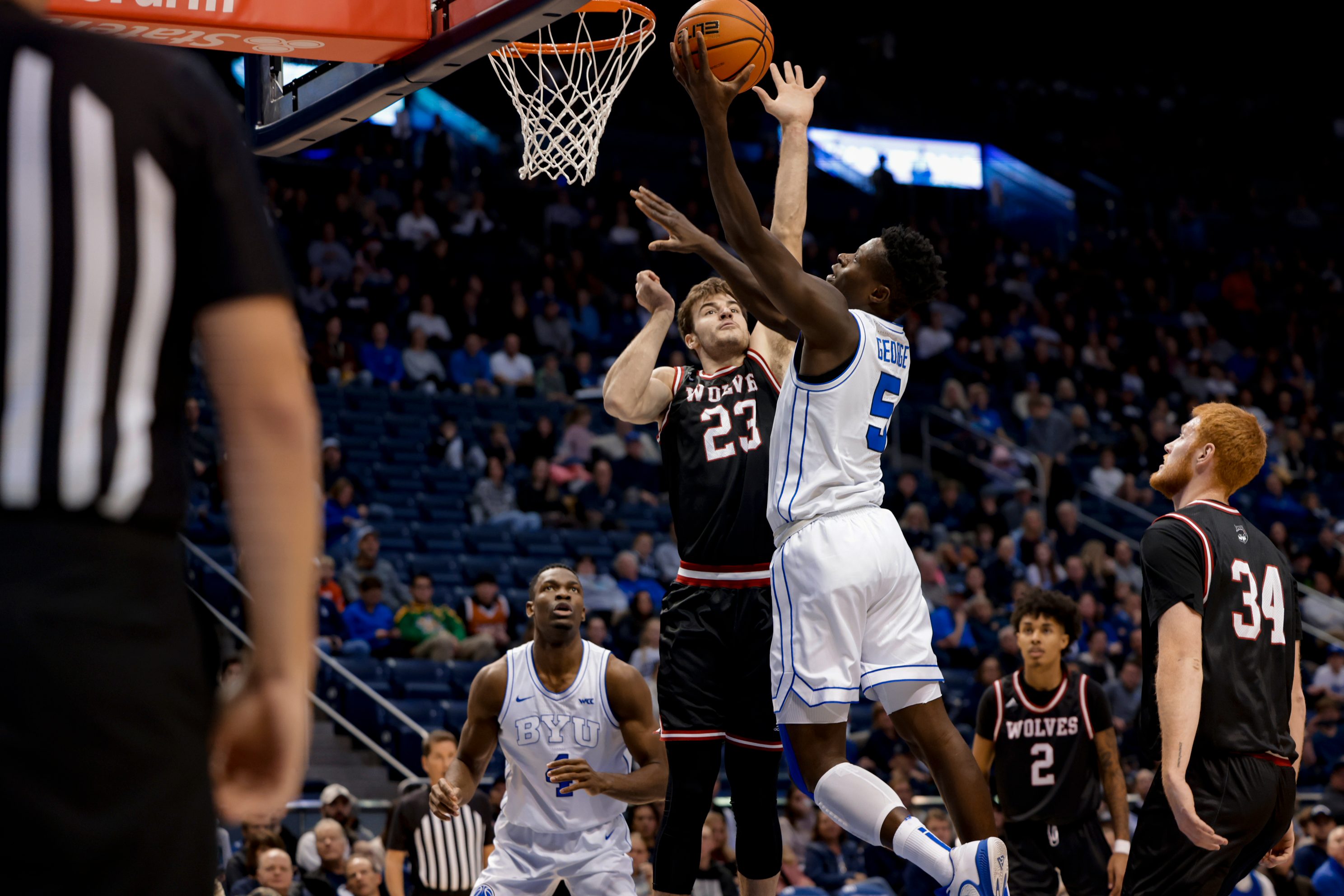 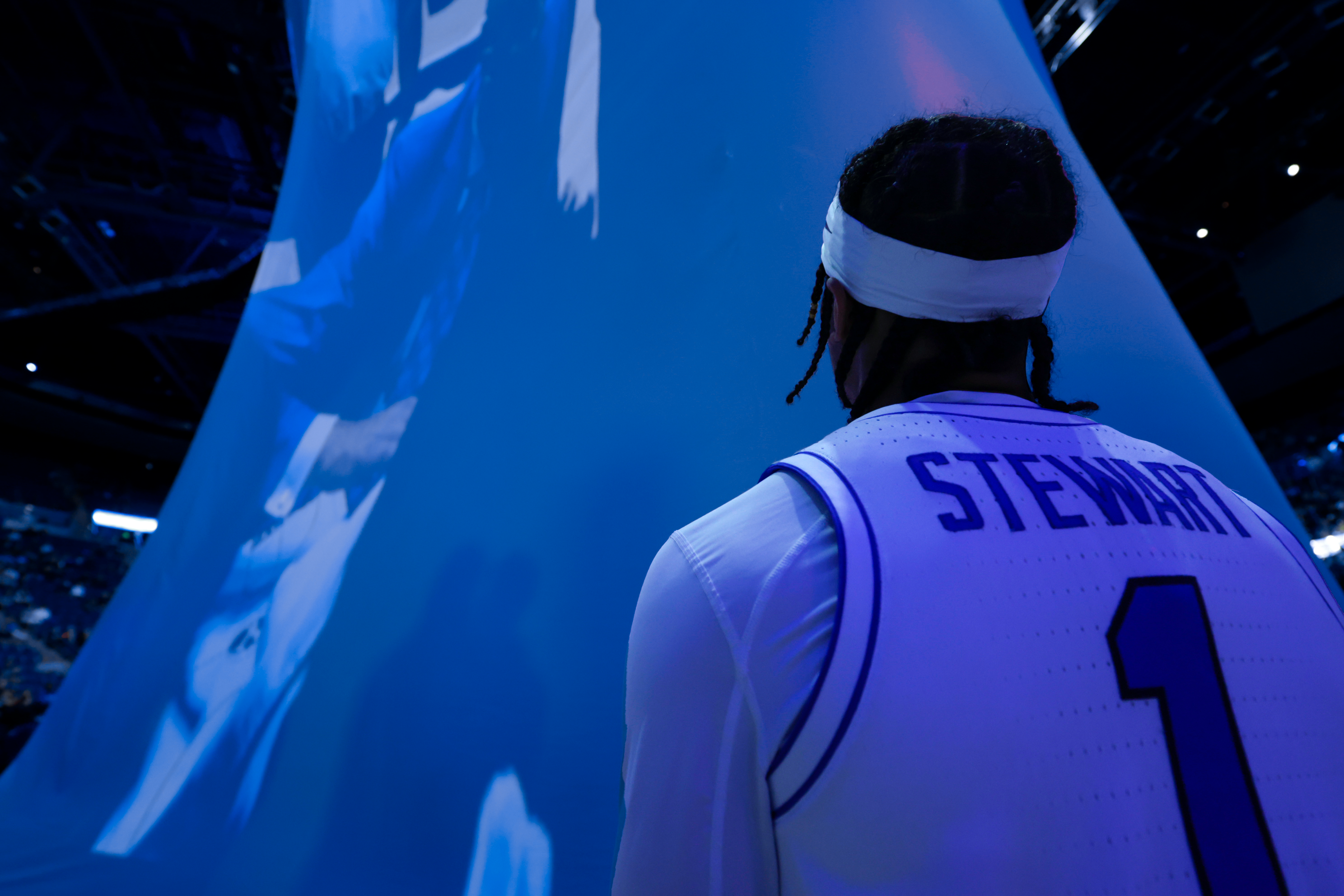 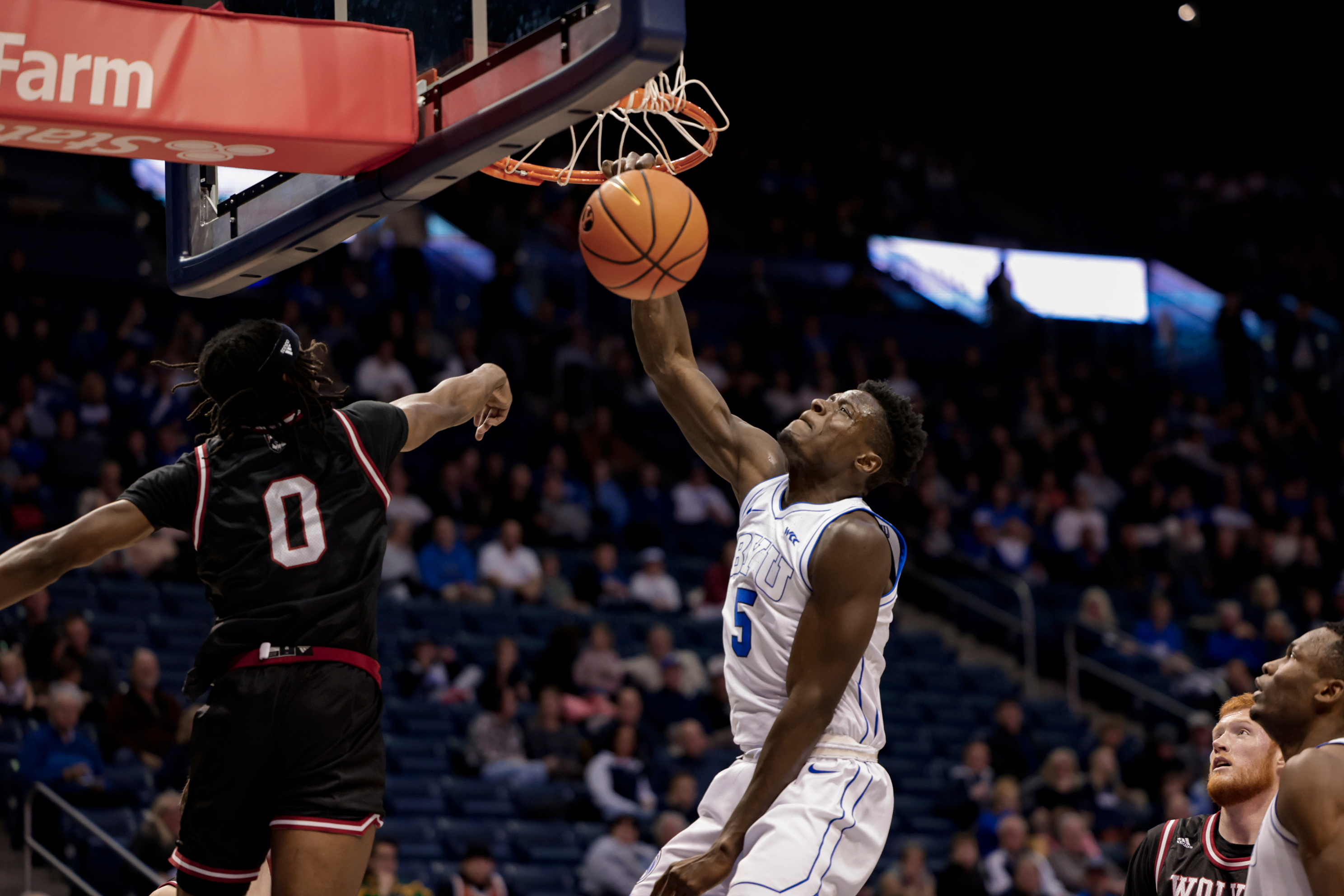 PROVO, Utah — Gideon George and Richie Saunders scored 21 and 17 points, respectively, as BYU nailed 15 3-pointers and took care of business against Western Oregon with a 97-64 win on Thursday night at the Marriott Center.

"I'm proud of the guys and the way they came to play tonight," said BYU head coach Mark Pope. "We are a work in progress and we have to be really patient with our group but we did some things well tonight. We played with pace, we were good on the offensive glass and I was really proud of how the guys shared the ball and found the open guy."

While his non-profit organization accumulated shoes outside the Marriott Center, George scored a season-high 21 points on a 4-of-8 shooting performance from distance. The senior from Minna, Nigeria added six rebounds and two assists.

Rudi Williams, Noah Waterman and Atiki Ally Atiki scored eight points a-piece, with Ally Atiki grabbing a career-high 11 rebounds. Despite going scoreless on the night, Trey Stewart made an impact with a career-high eight assists, three steals and a block.

As the game wound to a close, Jared McGregor and Hao Dong scored the first points of their careers with two 3-point makes for McGregor and three made free-throws for Dong.

BYU shot 50 percent for the game and 45 percent from distance. The Cougars recorded 28 assists to 14 turnovers while forcing 19 turnovers, resulting in 19 points. BYU controlled the glass 44-28, including a dominant 13-3 on the offensive end.

Hall powered the BYU attack from the get-go, scoring seven straight points to put the Cougars up 12-2 early. BYU’s propensity for offensive rebounding paid off on an early sequence in which George scooped up an offensive rebound off a missed 3-pointer from Waterman. George quickly passed the ball off to Hall who drove to the hoop and scored.

BYU extended its lead to 12 at 17-5 after an Ally Atiki denial at the rim turned into a transition 3-pointer for Waterman on the other end. Moments later, Saunders made his presence felt off the bench with scores on back-to-back possessions including a corner trey.

WOU benefitted from consecutive BYU turnovers to pull within five at 31-26 before Saunders sparked the Cougar offense with an old-fashioned 3-point play. Two steals from Stewart helped keep BYU in control before the half. On one such turnover, Stewart dove to the floor, scooting the ball ahead to Hall for a fastbreak lay-in. BYU headed to the locker room up 44-32.

The Cougars used contributions from a posse of bench players to pull away for the 30-point win in the second half.

Saunders drilled a 3-pointer to put BYU up 52-37 in the early stages of the half. Shortly thereafter the freshman guard would drive and score followed by finding George for an alley-oop deuce. Saunders’ rebounding turned into points too. After a missed free-throw from Williams, Saunders gathered the ball and recorded a putback score, extending BYU’s lead to a game-high 20 points at 72-52.

BYU plays its second home game of the week as it welcomes rival Utah to the Marriott Center on Saturday at 4 p.m. MST. The game will be broadcast live on CBS Sports Network with radio play-by-play on BYU Radio Sirius XM 143, BYURadio.org/BYURadio app and KSL 102.7FM/1160AM. 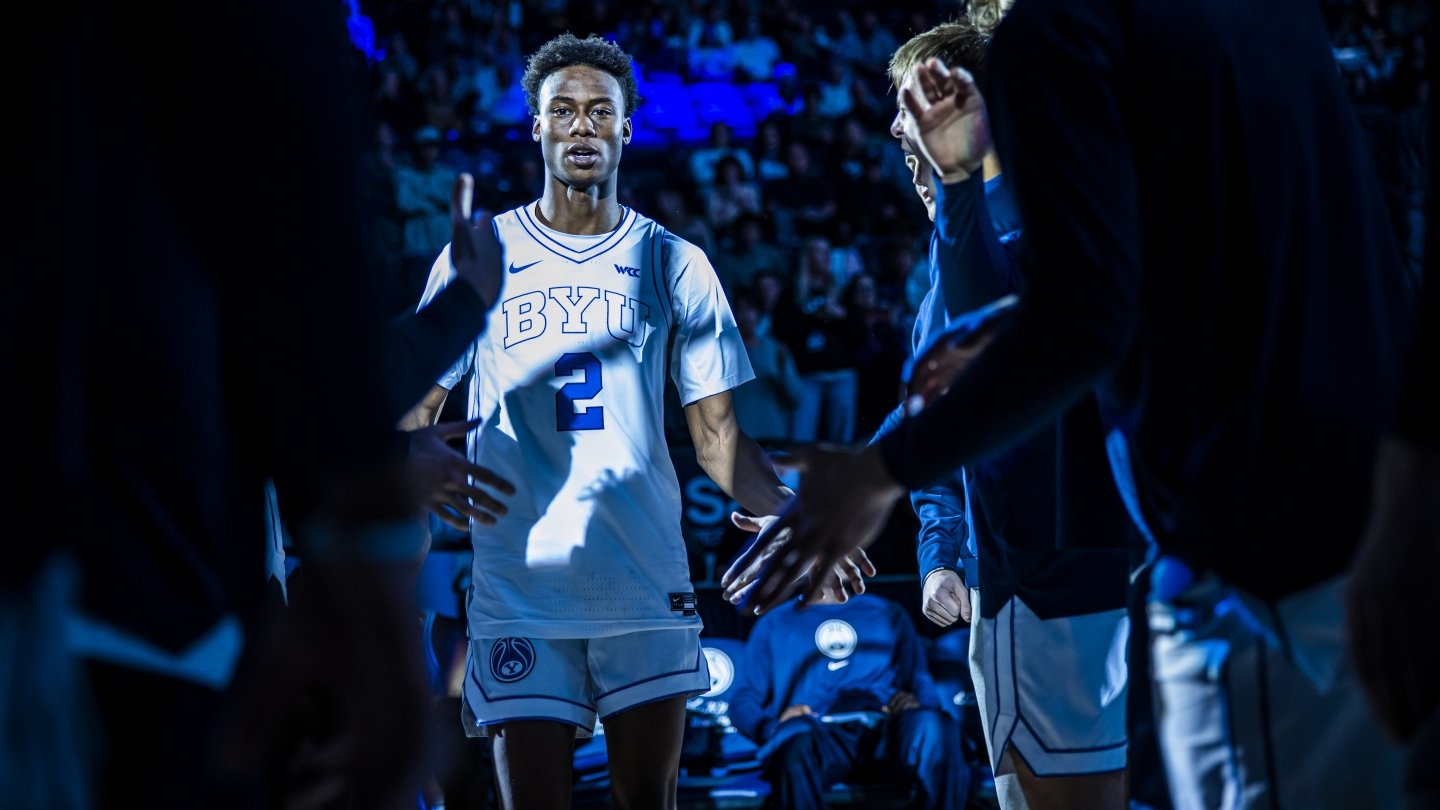 PROVO, Utah – BYU men’s basketball opens its four-game home stand on Thursday, December 15, when the Cougars welcome Western Oregon to the Marriott Center for the first time since 2009. Tip is scheduled for 7 p.m.

Thursday’s contest will be broadcast on BYUtv. Greg Wrubell and Mark Durrant will also be on the call on the BYU Sports Network on BYU Radio Sirius XM 143 and KSL 102.7/1160 AM.